Pirin is one of the most compact, beautiful and with great biodiversity mountains in our country. It is located in southwestern Bulgaria and is part of the Rila – Rhodope massif. The area of 2585 sq. km, which it occupies, defines it as a relatively small mountain massif with a strongly folded relief. 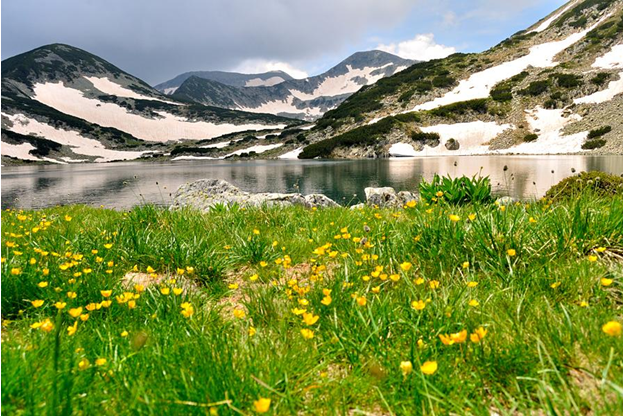 Pirin National Park – the guardian of the beauties of Pirin

Pirin National Park was established in 1962 with one main goal – to preserve biodiversity in the alpine parts of the mountain. Initially, the park covered an area of only 6,000 hectares, which included only the alpine areas between the rivers Banderitsa and Demyanitsa. Its area has increased a little less, and in 1974 it included the reserves of „Malka Djindjiritsa“, „Segmentepe“and „Bayuvi Dupki“. The last time its territory was expanded was in 1999, when the Reserve „Yulen“was added to the common territory.

Today, the National Park covers an area of over 40,000 hectares, which is practically a fairly large part of the mountain. Its territory is conditionally divided into six park sections – “Vihren”, “Bezbog”, “Tri reki”, “Sinanitsa”, “Kamenitza” and “Bayuvi Dupki”, to which belong the wild reserves “Bayuvi Dupki“ – “Djindjiritsa”, “Yulen” and “Tisata”.

The park also covers seven municipalities in Blagoevgrad district: Bansko, Simitli, Sandanski, Razlog, Kresna, Strumyani and Gotse Delchev. For the convenience of visitors, an Information Visitor Center has been built and is operating in each of these cities.

The information visitor center in the town of Bansko is relatively new. It is a subdivision of the Directorate of the National park and was built with financial assistance under the Environment 2007-2013 Program. It is open to visitors in early 2016.

The place where the Visitor Center was built was not chosen by chance. It is situated at the foot of the mountain so as to serve as a convenient starting point for all tourists and guests of the city.

It can be reached extremely quickly from all points of Bansko, and the distance from the city center to the Center building does not even take more than a few minutes on foot.

Located on an area of 373 square meters. The center has a multifunctional hall, information center, projection hall and a hall with a permanent exhibition with over 20 separate modules, which inform visitors about the huge biodiversity of Pirin. For the smallest works and a special children’s play area.

What can you do and learn there?

You can get useful information

If you are in Bansko for the first time and you want to learn a little more about the tourist routes, the Visitor Center will give you the most comprehensive and accurate information possible. They will tell you about the complexity and length of the routes. They will inform you what obstacles you may encounter, they will even advise you on how to prepare for the hike in the mountains.

If you are not sure which route is right for you, again here they can help you by directing you to a hiking trail that suits your physical fitness. And if you wish, they can provide you with a mountain guide to accompany you on your mountain adventure.

If you visit the Center during the active ski season, they will give you up-to-date information about the working hours of the lifts, ticket prices and equipment, as well as many other useful information that will make your holiday in Bansko even more exciting.

Get acquainted with the rich flora and fauna of Pirin

If you want to learn a little more about the biodiversity of Pirin and the protection of protected areas, you can visit the projection hall at the Center. The hall has 30 seats, is equipped with a large cinema screen and multimedia and regularly screened popular science films about flora and fauna, which can be seen in the Park. And if you wish, you can watch some of the specialized films of the Pirin National Park, from which you will learn more about the protected areas of the Pirin Mountains.

The center has a permanent interactive modular exhibition “Mountain Forest”, which is extremely interesting for both children and adults. The exposition is located in a huge hall, divided into 22 modules, and in each module are presented in an extremely interesting and accessible way curious facts about the “inhabitants” of the mountain. The information is presented in a very fun and impressive way, which leaves all visitors endlessly amazed by each module of the exhibition.

You can apply the acquired knowledge in practice if you join one of the hikes organized by the Center. During the hike you will receive additional information about the animals and plants in Pirin, you will see up close endangered animal and plant species and you will learn many more interesting and curious facts about the emergence of the National Park.

Participate in the program “Nature learns best from Nature itself”

This program is specifically designed to educate and expand mountain knowledge for people of all ages. The training is conducted in nature, in the so-called “Open classrooms”.

The lessons are fun, interesting and practical and you can learn a lot from them. After completing the “open” lesson, if you wish, you can join one of the hikes on the “educational” trails, which are organized by park officials such as Pirin National Park.

Join your children in one of the scout groups

If you are on holiday in Bansko with your children, you can include them in the scout groups, which are led by experienced employees of the Visitor Center. Your children will surely enjoy getting to know the beauties of the mountain up close. And the survival skills they will gain as scouts are something they will never forget.

While you are relaxing or looking for useful information about the tourist routes to take, your children can play in the special children’s playground. In it, through interactive modules such as forest phones and other fun games, the little ones will learn a lot about the mountains and will be charged with many positive emotions.

You can reach the Center without having to use complicated directions. The building, as already mentioned, is located in a very convenient place at the foot of the mountain and about 16 km from the entrance of Pirin National Park.

The exact address where you will find the Visitor Center is: 104 Pirin Street, and the time in which you can visit it is as follows:

If you decide to visit the Center in groups, you must make a prior request. 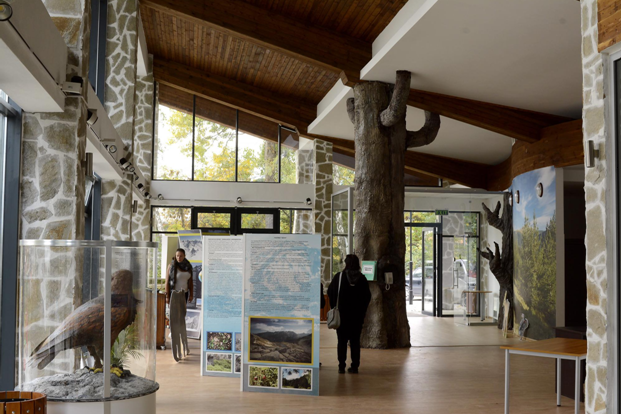 How to get to the Visitor Center if you are a guest of Lucky Bansko Hotel?

The hotel is located in a very convenient place, which allows you to reach the Center both on foot and by car. In the first option, the time it will take you is about 10 minutes, and if you travel by car – no more than 5-6 minutes.

We advise you to visit the Visitor Center on foot to fully enjoy the beauty of the town and the surrounding nature. But if you decide to use a car, then you can set the coordinates of the GPS – and after about 2.5 km you will be in front of the building of the Visitor Center of Pirin National Park in Bansko.

Why is Bansko a preferred starting point for many tourist routes in Pirin?

Bansko falls in the area of the mountain section “Vihren”, whose tourist network is the most developed. This means that the town starts a lot of tourist routes with varying degrees of difficulty and duration.

Literally from the end of Bansko start numerous tourist routes to natural landmarks such as the waterfalls of the river Demyanitsa, Baikusheva mura, Banderishka polyana and waterfall Banderishki skok. From here start the trails to Vihren peak, Todorka and other nearby peaks.

In Bansko is the starting station of the lift, which leads to the ski slopes above the city. In other words, Bansko is the door to Pirin National Park and from here you can reach all the natural landmarks you want to visit.

Apart from the numerous natural landmarks, for the visit of which Bansko is the ideal starting point, the town has a very rich archaeological, architectural and cultural heritage, which you can enjoy. Bansko impresses with exceptional examples of fully preserved authentic Revival houses of the type “Bansko fortified house”, with the houses – museums of Vaptsarov, Neofit Rilski, with the Monument of Paisii Hilendarski, the church “Holy Trinity” and many others.

For the great interest of tourists from near and far to Bansko plays a big role and authentic Bansko cuisine, which has no analogue. Only here you can try traditional dishes prepared according to old family recipes and taste the unique homemade wines produced in the area. 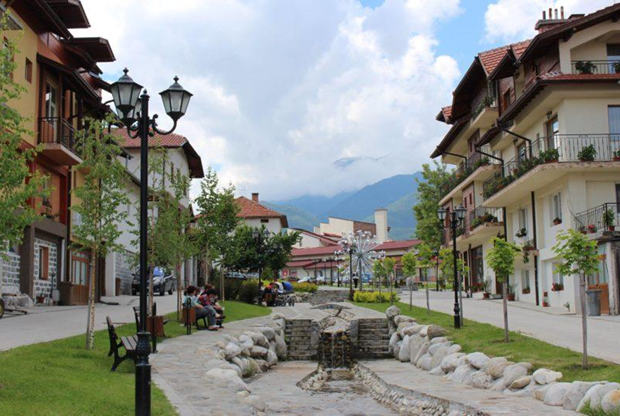 If you have not yet been a guest of the city, do not hesitate and pack your bags. Visit the Visitor Information Center of the National Park, ask for the information you need and get to know the beauties of Pirin. We assure you that you will be enchanted by the natural sights of the mountain, as well as by the unique history of Bansko and the hospitality of the people in Bansko.