Pirin is a mountain that charms with its breathtaking and beautiful sceneries. It can always surprise us with a numerous amazing places and it offers new experiences to all travelers who are looking for adventures. One of these places are the Banderishki Lakes. They are included in the list of sights that you must visit when you are in the Bansko region.

Their total area is quite large – about 12.7 hectares and some of the most popular routes in the“Pirin” National Park are passing along them. 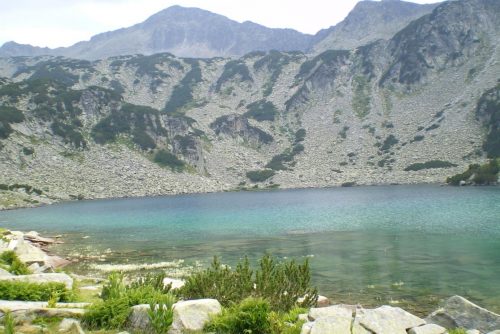 The lake group is located in the Banderishki cirque and marks the beginning of Banderitsa River. The lakes are of glacial origin and are situated on a granite base. The group of Banderishki Lakes includes 16 lakes in total, as only five of them have their own names. The lake group includes the following lakes:

The other 11 lakes do not have their own names.

Their waters form the Banderitsa River. The total area of the lakes is 126.7 acres. The temperature of their waters is 10 – 12 °C in July. It has low mineralization with sodium and chlorine ions.

The Eye Lake is the lowest located one, and the Frog Lake – the highest located lake. Their displacement is over 250 meters between the Frog Lake and the Eye lake. Near the lakes pass the paths from Vihren hut to Demyanitsa hut, to Tevno Lake shelter and to Sinanitsa hut. 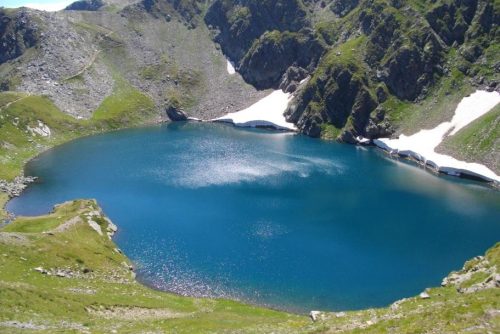 Banderitsa River is formed by several springs, which come from the foot of the peaks Vasilashki chukar, Vazela and Banderishki chukar, and increases significantly after the outflow of the Fish Banderishko Lake.

The water in the lakes is with low mineralization. It contains some chlorine and sodium ions. The largest and deepest is the Fish Banderishko Lake, whose depth is 12.2 meters, and its area is 65 decares. As along some of the lakes pass main tourist routes, they are visited often, especially during the summer months of the year. 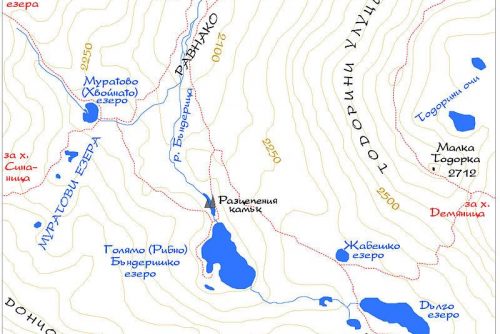 Let’s review the lakes one by one: 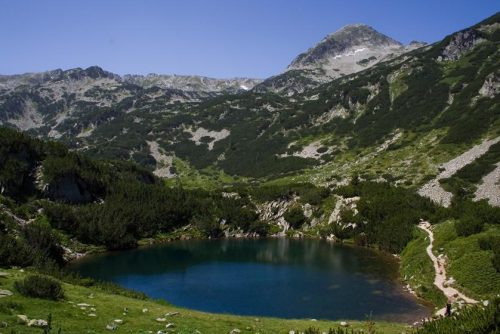 It is also called Ravnashko Lake. This lake is located about 600 meters from Vihren hut at a distance of about 15-20 minutes. The Eye is a small lake whose shape is almost perfectly round and with crystal clear waters. That’s where its name comes from. Being close to the hut, the Eye is one of the lakes in the „Pirin” National Park, which enjoys the greatest tourist interest.

The lake is relatively deep given its size – 65 to 57 meters. There are some steep shores that are overgrown with dwarf pine, which prevent the visibility to the lake to some extent from afar. But when we follow the path that deviates from the main route through the cirque, the lake reveals itself before our eyes.

Upwards along the route is located the Fish Banderishko Lake – which is the largest ad deepest of the whole group. Close to it, but not along the shore, passes the route between “Vihren” hut and the “Tevno Lake” shelter. You can get down to the lake surface by leading out of the main path. 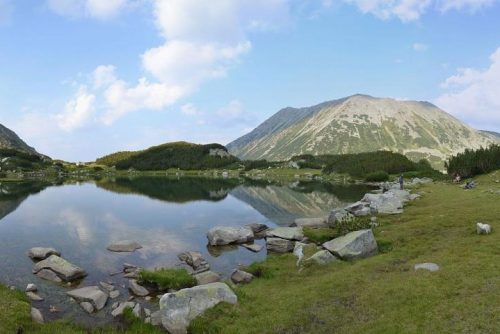 This lake is also known with the names Ovinato and Hvoinato Lake. It is located at the foot of the Muratov peak and from there you can see a beautiful view to the peaks Todorka and Small Todorka. Near the lake passes the tourist path from Vihren hut to Sinanitsa hut. 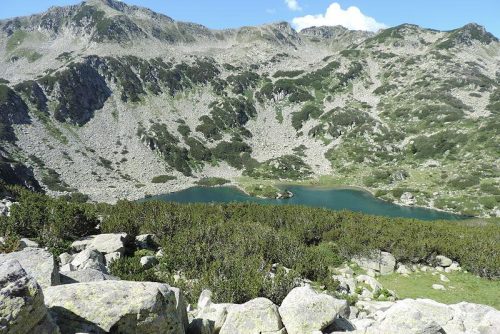 Its other name is Big Banderishko Lake. This is the lake with the largest area and is the deepest of all lakes in the lake group located in the Banderishki cirque. The lake is situated at the lowest part of the slopes of several peaks and is very calm. There is a lot of fish in the lake and that’s why it is called so. In its southwest part, the lake is separated only by a few meters of land from another small lake.

A narrow stream connects the lake with the big Fish Lake, and in its western part there is a beautiful peninsula covered with bushes of pine dwarfs. The tourist path from Vihren hut to Tevno Lake shelter passes very close to the lake, but does not pass directly by it. In order to visit it, when coming from Vihren hut, you have to take the right path to the „Broken Stone”, which leads to the lake. The temperature of the water even in the beginning of September is 10-12 degrees Celsius. 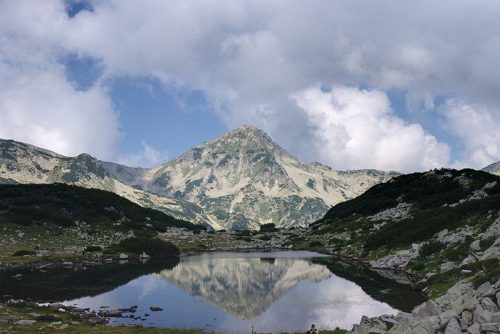 The Frog Lake is located at the most high altitude of all lakes included in the Banderishki lake group. A beautiful view is revealed from northwest to Muratov peak. This lake is with the highest water temperature of all the lakes in the group, as there is no significant drainage.

Due to the high temperature in the lake live tadpoles and frogs, and that’s why it is called so. The path from Vihren hut divides into two paths here – the left one leads to Demyanitsa hut, and the right one leads to Tevno Lake shelter.

You can get to it by walking on a slope with big stones. Its name comes from the fact that there are tadpoles living in it. It seems that through a mimicry the lake merges with the surrounding areas and the mirror waters reflect the rays of the Sun. From its shores you can enjoy a beautiful view to Muratov peak and to all surrounding areas. The path from “Vihren” hut to “Demyanitsa” hut separates here. 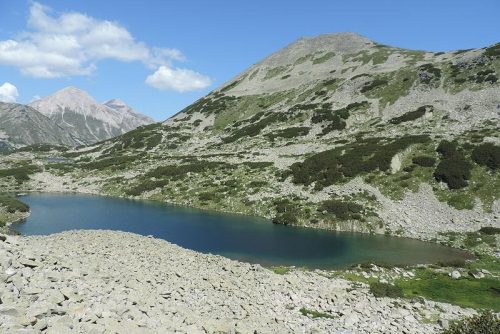 In the most internal part, at the southern end of the Banderishki cirque, the Long Lake is located – the second in depth and by area of all Banderishki Lakes.

It is also known as the Upper Banderishko Lake and it has a distinctive beauty. The Long Lake is the lake that is located most far away from the Vihren hut compared to all other lakes included in the Banderishki lakes group. Along the lake passes the path from Vihren hut to the Tevno Lake shelter, so due to this reason the lake is often visited. Its waters are icy cold. Most probably the beginning of September is the most favorable period to visit the Banderishki Lakes.

The route leading to Banderishki lakes is relatively easy to cross. It provides a variety of picturesque sights, which will leave you breathless and will make the walk unforgettable. Near the Banderishki Lakes are located the marked paths between the huts “Vihren”, “Demyanitsa”, “Sinanitsa” and the shelter “Tevno Lake”. The best starting point of departure is “Vihren”, which is the most accessible by an asphalt road and on a trail from the town of Bansko. The route marked with red band marking from the hut to Tevno Lake passes by almost all the lakes except by the Muratovo Lake.

In about an hour we will get to Muratovo Lake, and from “Demyanitsa” we have to walk for about three or four hours following the green marking and finally we will reach the Frog Lake. From the Banderishki cirque and from Muratov peak we can enjoy the great panoramic views to Bashliyska porta.