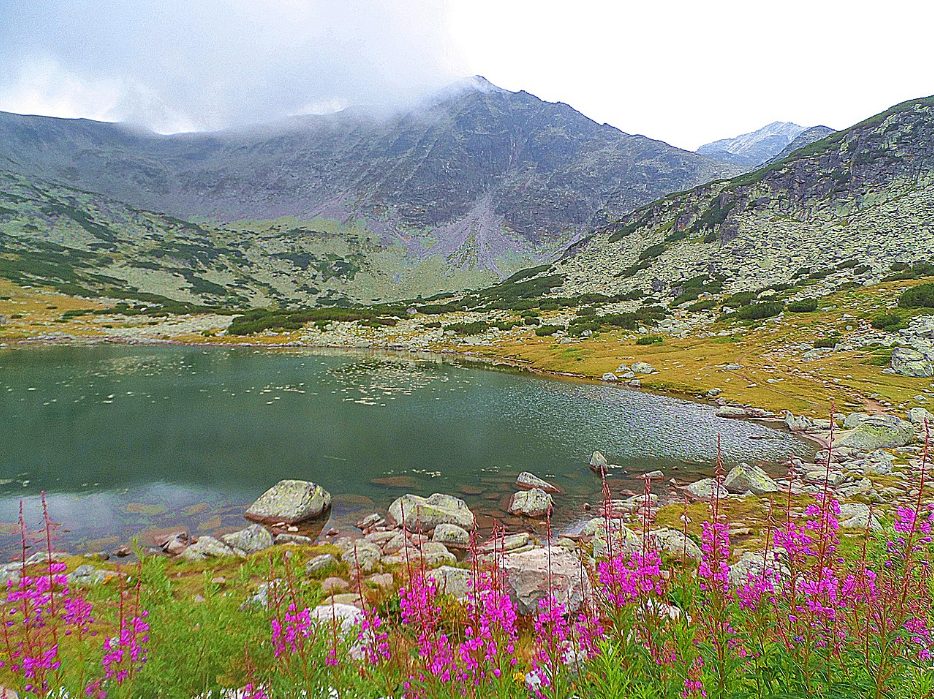 If you are looking for ideas on where to go in the summer, we suggest you to visit the Rila Mountains and more specifically to go to the amazingly beautiful Musala Lakes.

The lake group is not as popular as the Seven Rila Lakes, but it is also extremely beautiful and you will not regret for taken such a journey.

Musala Lakes, as already mentioned, are located in Rila and they are part of the Rila National Park. 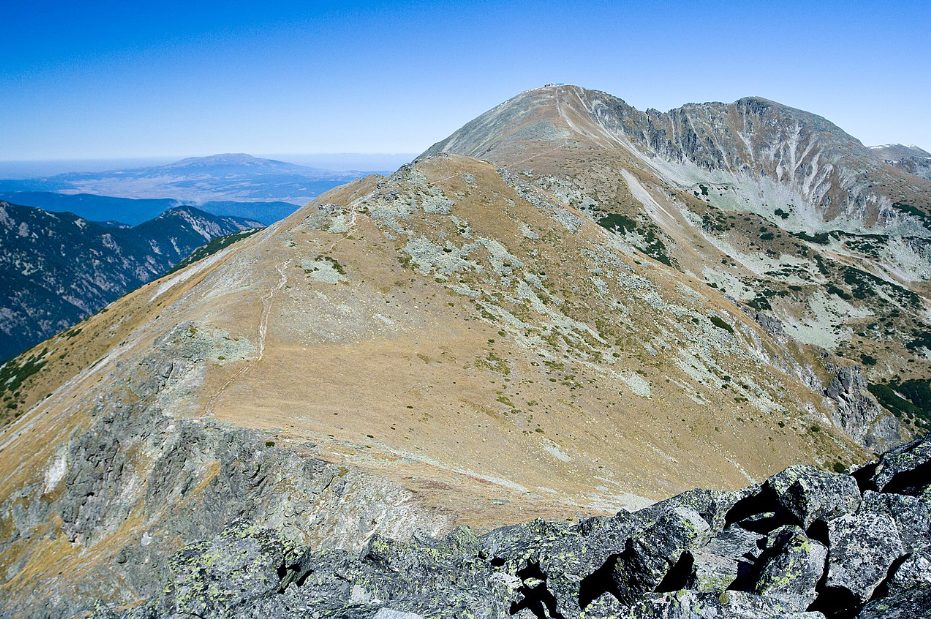 They are located near Musala (2925m), which is the highest peak on the Balkan Peninsula. The lakes’ borders are Deno peak to the east, the Malka Musala and Musala peaks to the south, the Beli Iskar river valley to the west, and to the southeast they reach the foot of Irecek peak.

Like most of the lakes in Rila, the Musala lakes are of glacial origin. The group has seven lakes, formed by two cascading circuses and four cascading terraces.

It is interesting that the cascading circuses were formed independently of each other. According to the experts, the Circus on the Ledenoto (Ice) Lake, the first cascade, the uppermost circus (which is dry) and the second cascade terrace were probably formed first.

Later, due to the displacement of the layers, the second cascade circus and the third and fourth cascade terraces were formed. 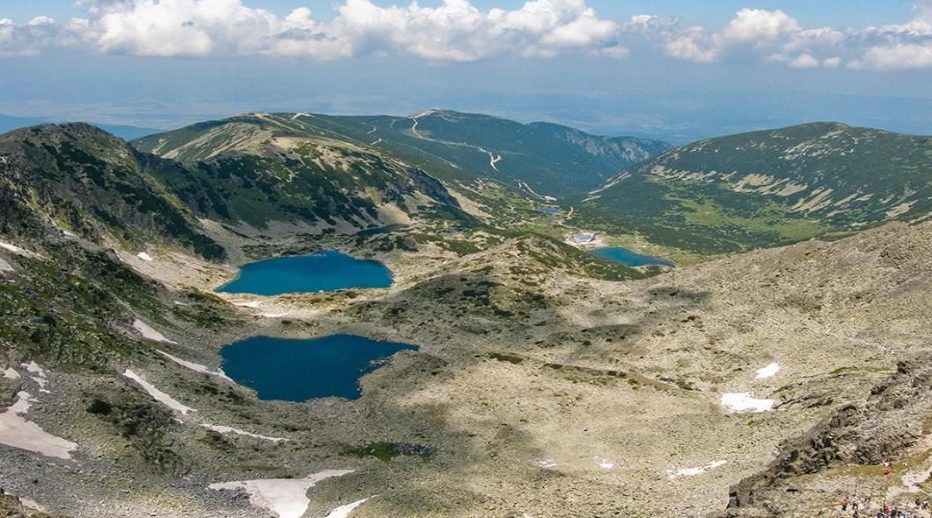 The Musala lake group falls completely into the Musala body of Rila – the Western Rhodope batholith. This means that as a geotype they are composed mainly of biotite granites with a massive even-grained texture. The main minerals contained in the rocks that form their shores are quartz, biotite, K – feldspar, ore, alanite, zircon, apatite and others.

As it has already become clear, the Musala Lakes are seven circus lakes located on two cascading circuses – Aleko and Karakashev Circus, which are connected by four cascading steps.

This is the highest once, of all seven lakes. It is located at an altitude of 2079 meters, only about 380 meters below the highest peak in the Balkans – Musala.

Its area is about 18 decares and the depth in places reaches 16.4 m. Its shape is slightly elongated, rather oval, and its shores are steep and rocky.

There are two shelters on the shores of the lake – “Everest” and “Ledenoto ezero”.

It is called “Nameless” because it is located near the foot of a peak called Nameless. You can also find it under the name “Gornoto” (upper), as it is located only 133 meters below the first lake.

Its area is about 12.4 decares and its depth reaches a maximum of 5-6 meters. The Bezimennoto Lake is fed mainly by groundwater, which flows from the Ledenoto (Ice) Lake.

Alekovo or  The dark Lake is located below Aleko peak (hence its name). It is located on the third step, only 32 meters below the second lake of the group. Its area is about 24,0 decares and its depth reaches 14 meters. Like the Upper Lake, it is fed underground. 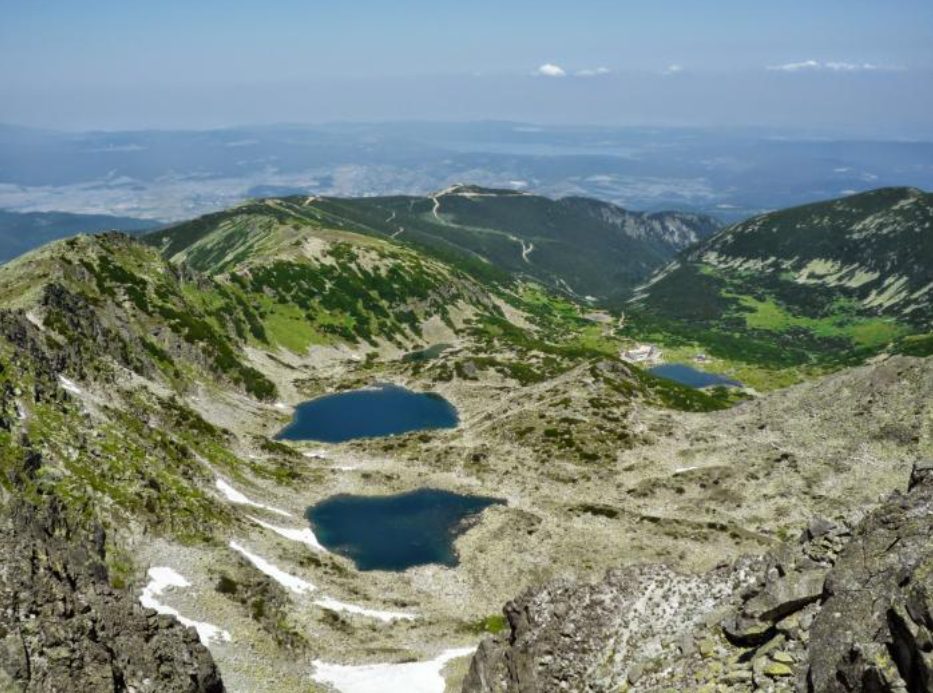 It is the fourth of the Musala lakes. It is located 58 meters below the third, on the lowest step of the circus Aleko. Its area and depth are variable.

The next three lakes are located in the second cascade circus, which is 1500 meters long and 500 meters wide. It is called the Karakashev Circus, and the connection between the two circuses takes place through the fourth and seventh of the Musala Lakes group.

It is located at the foot of Irecek peak and 93 meters below the fourth lake. It is the largest one of the Musala lakes. Its area is 26.2 decares and its depth reaches nearly 7 meters. It is called Karakashevo Lake in memory of a young man with that name who drowned in it. 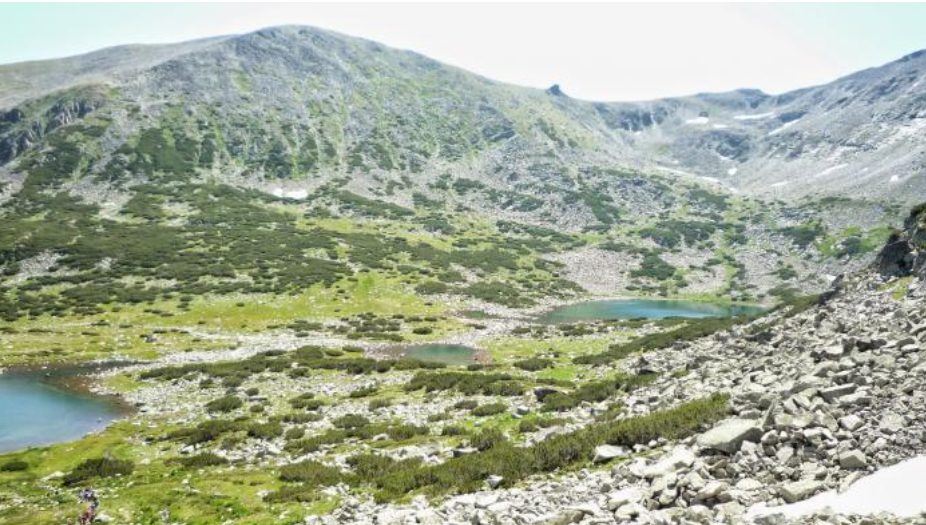 It is also nameless. It is located north of Musala peak at an altitude of 2391 meters. The distance between it and Karakashevo Lake is about a kilometer. It is also the smallest lake in the group with an area of only 2.6 decares.

The last of the seven lakes in the group is called Dolnoto (the lower), as it is located at the lowest point. Its area is about 14 decares, its depth reaches 1.6 meters, and on its northern shore is the Musala hut.

How do you get there?

One of the most popular tourist routes for touring the Musala Lakes is Borovets.

If you get to the resort you have two options – either start your hike from there and go to the Musala hut and the lowest lake or use the lift to get to the Yastrebets hut.

Our advice is to use the lift, as you will save a lot of walking.

The lift ride takes no more than half an hour. When you reach Yastrebets hut you have to follow the path that leads to Musala hut.

The trail that goes to the Musala hut is almost without displacement and it will take you about 50 minutes / to an hour to reach the hut and the lowest lake.

Only a few hundred meters from the Dolnoto Lake, you will find two more of the Musala lakes. First you will see the smallest Nameless Lake, and then the largest – Karakashevo.

You will face some difficulties here, as the path is quite steep and rocky in places.

The good thing is that in the summer this route is very popular among tourists and you can not go wrong. Just follow the people who are trying to climb the Musala peak and the road will lead you to the next lake.

Very shortly after it, on the way to the top you will see Alekovo lake. It is the most beautiful one and you will not go wrong if you take a time for relax along its shores. 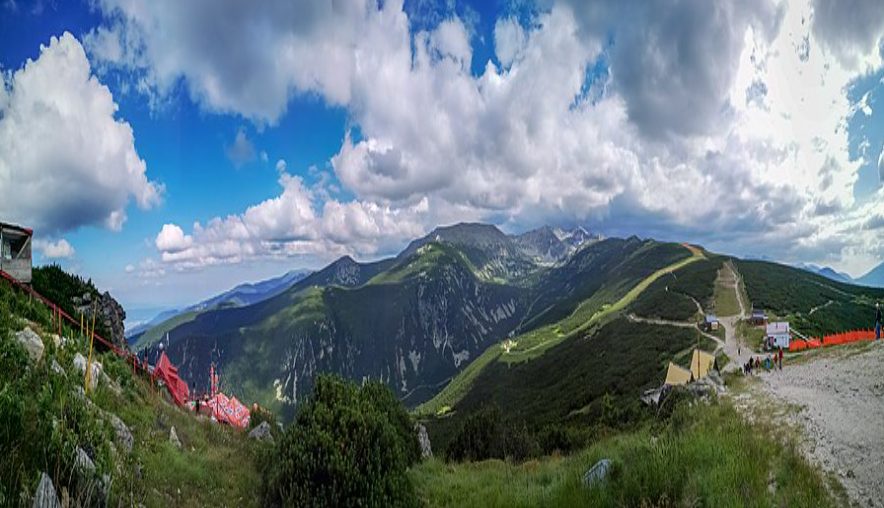 After taking a time for rest, take the road back to Musala peak and in about twenty minutes you will reach the Nameless Lake.

As you can guess, after enjoying the Nameless Lake you have to return to the trail. After about 20 minutes of climbing you will reach the last and highest lake in the group – Ledenoto (Ice) lake.

If you have more power you can continue the climb to the top of Musala peak. If you don’t have enough strength, you can just go back.