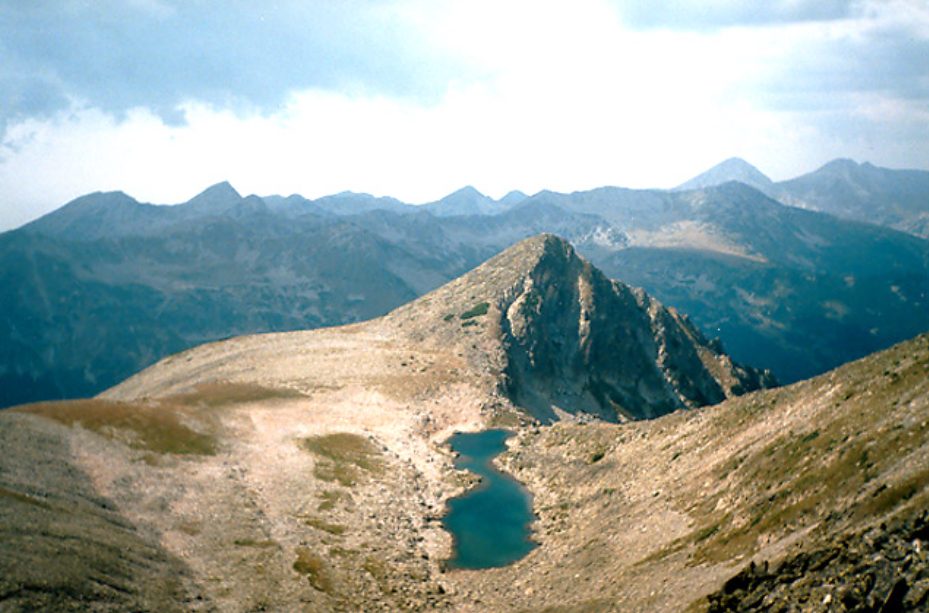 With its 2761 meters, Gazey peak ranks at 11th position among the Pirin peaks.

We do not dare to say, whether this is the reason why it is one of the little known peaks, but it is a fact that it is among the most underestimated peaks in Pirin.

To correct this injustice as much as we can, in the following lines we will try to tell you a little bit more about this beautiful and very impressive granite colossus.

It is located on a side branch of the Polezhan ridge, seen from Polezhan peak, Gazey really looks somehow small and insignificant, barely towering over the Upper Gazey Lake.

However, if you look at it from the valley of the river Demyanitsa, its western slopes look majestic and extremely impressive.

Gazey is a granite peak and has the shape of a sharp cone. Its slopes are very steep. To the west, they rise above the valley of the river Valyavitsa, and to the east, southeast and northwest – above the Gazey Circus.

Below the big Gazey peak, there is the Small Gazey peak (2454 meters). Also, the Gazey ridge forms the incredibly beautiful Gazey circus, in which two of the Gazey lakes are located, from there the Gazey river springs. 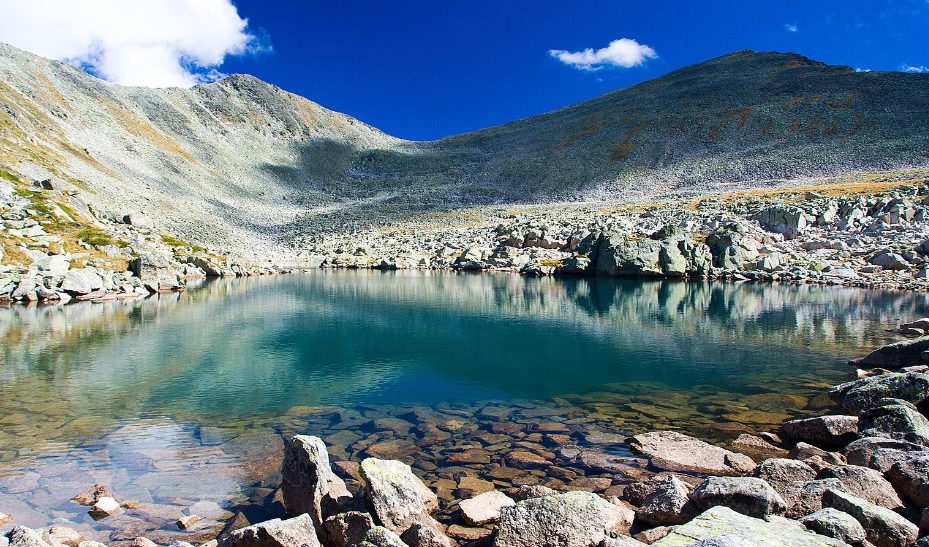 Origin of the name of the peak

Lovers of legends may be disappointed, as there are none for Gazey Peak, or if there are, they are not widely known. However, there are many theories about the origin of its name, some of which are quite strange.

According to one of the theories, the name comes from an Old Bulgarian language and means “owner” or “lord”. According to another, his name has Serbian or Slovenian roots, where “gas” means path or ford.

If you ask Banskalii, they will probably tell you that it is called so, because its slopes are very steep and to go down them, the descent is only in a sitting position.

There are many theories, but the main one (and the most probable one) is that the name of the Pirin peak comes from the Turkish word “gaazi”, which means impregnable or invincible.

It is interesting that during the revival process (in the 80s of the last century) the name of the peak was changed to Ducal (Voyvodski) Peak, and the name of the circus of Guards (Strazhishki) Circus.

In fact, these names are still official and stand on the cards, but they are not accepted by people and are very rarely used. 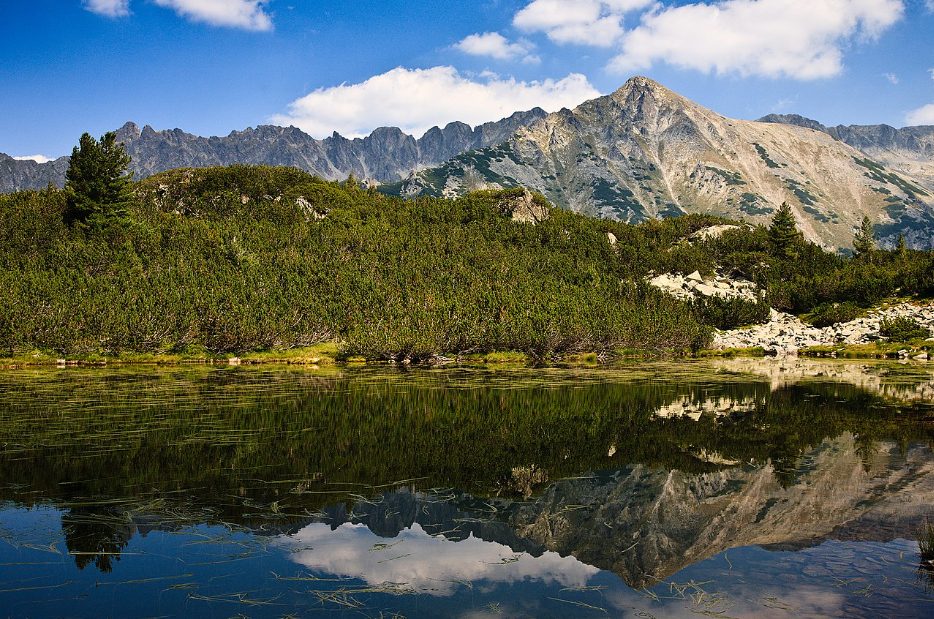 Even more curious is that a large mountain plateau in Antarctica is named after Gazey Peak. It is called Gazey Nunatak and is located on the island of Alexander I, which is the largest island in Antarctica.

The peak can be approached from several starting points: from Bezbog hut, from Demyanitsa hut and from Bansko.

This is probably the most popular route for climbing the peak.

Its length is about 11 km (round trip), the difficulty is medium to high, and the duration – about 5 hours.

The starting point is Bezbog hut, which can be easily reached by lift.

From the hut, you have to follow the path to Bezbog peak, and after it is reached the transition continues in the direction of Polezhan peak.

From Polezhan there is a descent to the Upper Gazey Lake, along the shores of which it is good to take a short breaks.

The Upper Gazey Lake is one of the highest lakes in Pirin (2642 m). It is located in the Gazey Circus, between the peaks Polezhan and Big Gazey. It is 250 m long, 60 m wide and up to 5-6 meters deep. Its shape is very interesting, which is why the lake is often likened to the “lady with the hair bun”.

The lake is followed by the ascent of Gazey peak. Then the route continues through Small Polezhan peak and descends to the Jangal gate. From the gate you take the path marked with yellow and green markings, which returns to Bezbog hut. 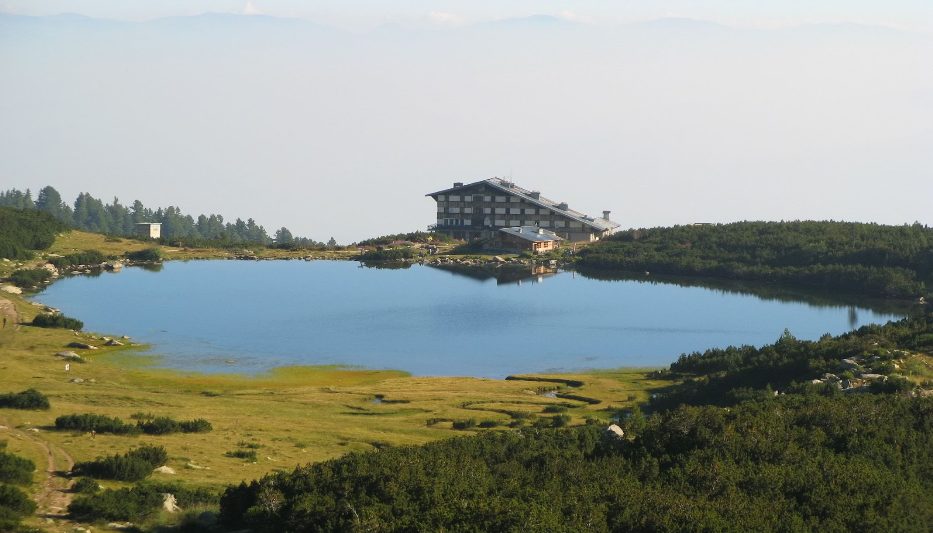 This route is not official and there is no marking to follow, so you are required to have both good preparation and good company with which to walk down the transition.

The starting point of the transition is Demyanitsa hut, which is located about 10 km from Bansko and can be reached by car.

From the hut you go in the direction of Tevno Lake and after 200 meters you cross a wooden bridge and enter the forest. Followed by a steep climb, as well as crossing several times on both banks of a small mountain stream.

After that, there is the steep path of Golyama Strazha peak. There is no trail to the top of the peak and it literally takes climbing to reach it.

From Golyama Strazha peak there is a descent back through Bezimenna Strazha peak and Ushatsite peak to reach the Upper Gazey lake. From this point, after a short break begins the ascent of Gazey Peak.

From the top you have to go down to the Lower Gazey lake, and then take the return road to the Demyanitsa hut.

If you do not want to climb the peak of Golyama Strazha, you can shorten your route a bit.

Just after you reach the Lower Gazey Lake you have to continue to the Upper Lake, after which you have 10-15 minutes to climb Gazey Peak. 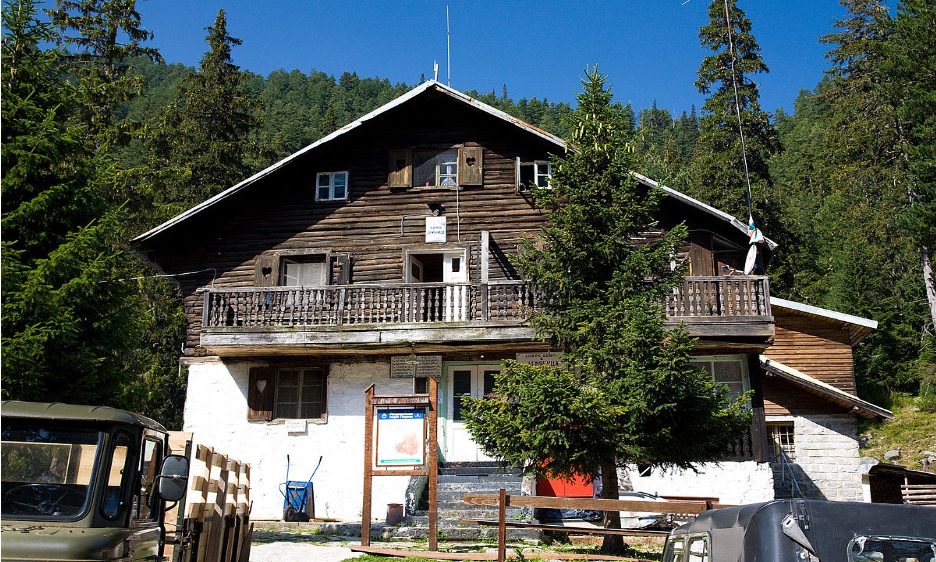 We share this route only for your information. It is not only very extreme, but also falls into the Yulen Reserve and to go on it you need to have a special permit from the DNP Pirin.

Otherwise, the starting point is located above Bansko, from an area known as “Todorova Ornitsa”. It passes up through Karamanitsa, through Kaimakchal peak, along the ridge of Bezimenna and Golyama Strazha and reaches Gazey peak. 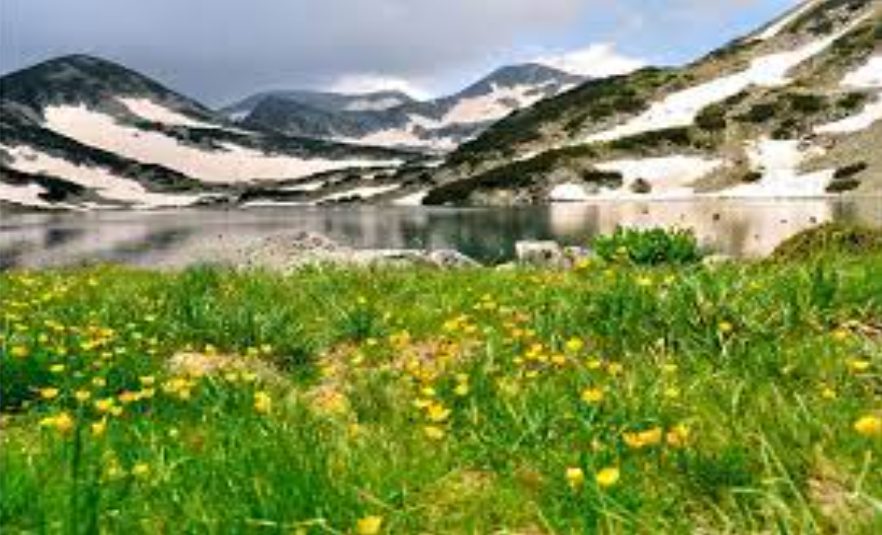 The route starts from Bezbog hut, which, as we have already shared, can be reached by lift from Gotse Delchev hut.

The trail starts from Bezbozhkoto Lake, passes in front of Dushevadkata and climbs to Polezhan peak. Then, there is a descent to the Upper Gazey Lake and after a short rest – you can start climbing the Gazey Peak.

From the top there is a descent to Demyanitsa hut (the route we described above).

There is an option to spend the night in Demyanitsa hut and on the next day to continue the transition to Vasilashki lakes, Todorka peak, Shiligarnika and from there and take a decent to Bansko. 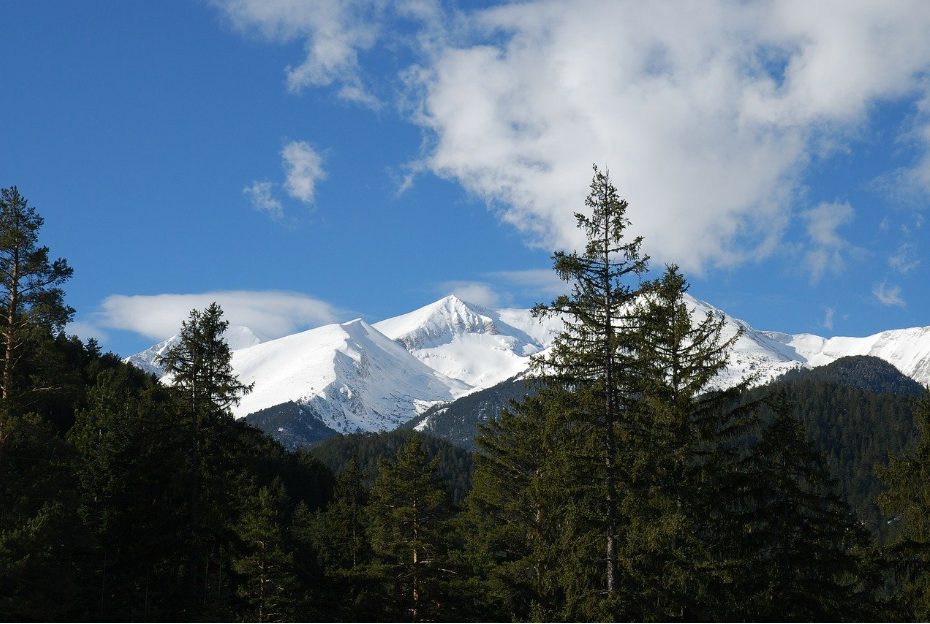