Bulgaria has three National parks that contribute to the exceptional natural landscape of the country. These are the Rila, Central Balkan, and Pirin National Parks.

Each of them is stunningly beautiful and worth visiting, but Pirin National Park fascinates its guest with truly sensational scenery. It is rich in centuries-old forests, rich biodiversity, and lakes and rivers clear as a teardrop.

Hiking the Pirin Mountains will take you through many landmarks, routes, cozy huts and shelters, and places for walks and picnics. 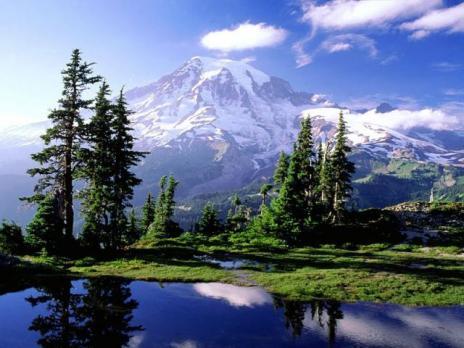 The Pirin National Park is entirely located on the territory of Pirin Mountain, and its total area is over 40 000 hectares, which is a significant part of the mountain. It is one of the best destinations for hiking in Bulgaria, and below, we will tell you all you need to know about it.

History of the Pirin National Park

The park’s history began more than 50 years ago, and more precisely, in 1962. Then, the state government decided to create a National park named „Vihren” in order to preserve the biodiversity of the alpine parts of the mountain.

The park was located on an area of over 6 000 hectares, which included the alpine terrains of the mountain within the area between Demiyanitza and Banderitza.

In 1974, the name of the protected area was changed to Pirin Peoples’ Park. Its area gradually started to increase and reached over 26 000 hectares. In the same year, the park also included the reserves „Bauvi dupki,” “Malka Dzhindzhigiritsa,” and „Segmentepe.”

Because of its great biodiversity, in 1983, Pirin Park was included in the list of UNESCO.

Following the democratic changes in the country, the name, as well as the borders of the National park, were changed once again. In 1994 the „Yulen” reserve was also added to the park, and in 1999 its name was changed to Pirin National Park, as it is called today.

As one of the most prominent in Bulgaria, National Park Pirin covers areas of seven municipalities in the Pirin region. These include Bansko, Razlog, Sandanski, Gotse Delchev, Simitli, Strumiyani, and Kresna.

Perhaps you will find it interesting to know that its lower point is the entrance of the park above Bansko (950 meters), and its highest is peak Vihren (2914 meters). As we have already mentioned, Pirin National Park contains incredible biodiversity, making it one of our country’s most valuable natural parks.

Within the park’s borders, you can discover over 200 healing plants, over 1000 higher plants, mosses, algae, etc. The fauna of the National park is also very rich and varied. A large number of invertebrates, over 200 types of vertebrates, and over 160 bird species are described so far, and the exploration keeps going.

So, except for hiking Bulgaria, the area will also help you explore its true, inherent beauty – full of grandeur and bursting with life. 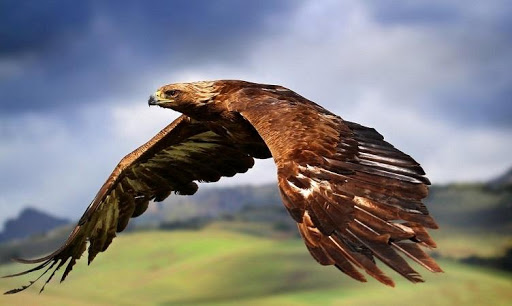 Sections of the Park

When you look at the Bulgarian mountains map, you will see that The Pirin National Park is conditionally divided into 6 park sections.

„Vihren” is a section of Pirin Park where the tourist network is the most developed. One of the reasons for the great popularity of the „Vihren” mountain section is that it is located near Bansko. The mountain resort is not only a popular ski destination but also a well-developed destination for summer and winter mountain tourism.

„Vihren” mountain section includes the areas around the rivers:

Within the borders of the „Vihren” mountain, you will find the highest peak in Pirin Mountain – Vihren peak. It also hosts the Baikusheva mura – a favored attraction for the tourists who come on a Bulgaria hiking vacation in the Bansko area.

If you are in the region of Bansko, you can climb up to Bezbog hut using the cabin lift from Dobrinishte. From there, you can continue your walk through the Pirin National Park and the mountain section „Bezbog”.

The territory of the “Tri Reki” mountain section covers an area of nearly 4000 hectares. It includes the region where three rivers meet, which explains its name.

Mountain section „Tri Reki” is one of the most attractive sections of the Pirin National Park and Bulgaria national parks as a whole. On its territory, you will see centuries-old trees such as white fir, maple, white pine, spruce, and fir. Meanwhile, one can discover remarkable animal diversity in the wild forests and meadows.

You can take many well-marked tourist routes through this part of the park. However, those who want to rest after a long day in the mountain can do it in one of the best mountain huts around – the Pirin hut, located in the „Tri Reki” region.

This is the only park area of Pirin National Park that encloses the areas of three municipalities. It is over 6000 hectares, as 5444,3 hectares is a forest fund dominated by tree species such as maple, white pine, coniferous forests, and white fir.

The territory of Sinanitsa also includes:

Here, flora and fauna are diverse enough to make the park section attractive for many local and foreign tourists just for the sake of exploring nature. In addition, two tourist routes pass through the area, both of which are highly popular for sightseeing and mountain walking in Bulgaria.

The „Kamenitza” park section covers an area of over 8000 hectares, over 3000 hectares of which are forest lands of maple, white pine, white fir, fir, beech, and spruce. On the territory of the section is located the beautiful Tevno lake – the largest and highest lake in Pirin, located at 2512 meters above sea level.

In the meadows and forests of the park section grows a great diversity of mountain poppies and Alchemilla Vulgaris. Protected species are also not rare, and the most widespread among them is the yellow gentian. From the animal species, you can see rock eagles, short-toed eagles, nocturnal birds of prey, Balkan chamois, deer, roe deer, bear, wolf, and others.

A few tourist routes are crossing „Kamenitza”. Some of the sites most popular and loved by the tourists are the Tevno lake, „Spano pole” and „Begovitza” hut.

The municipality of Sandanski is taking care of the park section, as the town is one of the most popular balneological centers in the country and it has well-developed tourism.

In this area of the Pirin Mountains, Bulgaria has to show you exactly 4842.1 hectares of natural splendor. The borders of Bauvi Dupki include parts of the territories of the municipalities of Simitli and Razlog. The park section is located in the northeast parts of the National park and is named after the Biosphere reserve – „Bauvi dupki – Dzhindzhiritsa”.

The park section is located between the Bauvi Dupki circuses, Razlog Suhodol, several attractive peaks of the Pirin mountain, and the Byala river. These diverse surroundings easily turn it into a spectacle, full of different animal and plant species that grow and live on its territory.

The popular route Е 4 also passes right through „Bauvi Dupki”. It starts from the Pyrenees, passes the Alps, goes through the Rila and Pirin mountains in Bulgaria, and ends on Peloponnese. 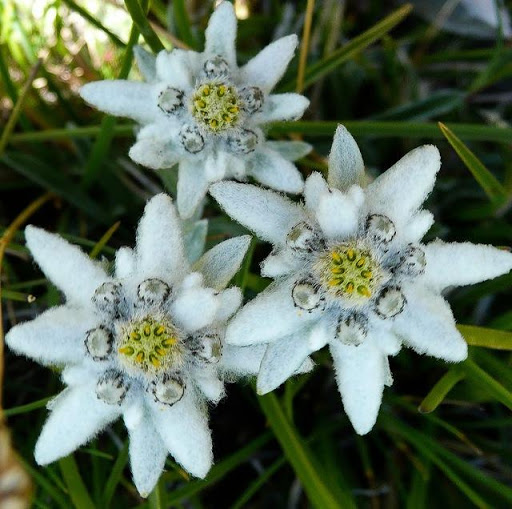 When in Bulgaria, walking among the virgin wilderness is safe and comfortable as long as you know your path and have your equipment. Some amazing wild reserves you can explore in Pirin National Park are the following ones.

The protected area was established in the first half of the XX century, and more precisely, in 1934. The reserve’s borders cover the peaks of Bansko dry valley and Pirin, and on its territory, you can see a great diversity of the plant and animal kingdom.

Due to its great biodiversity, in 1977, the „Bauvi dupki – Dzhindzhiritsa” reserve was included in the list of biosphere reserves by Unesco.

„Yulen” was established in 1994 to preserve the priceless plant species and animal populations inhabiting its territories. The area where “Yulen” is located covers 3156.2 hectares, and on it grow white fir, fir, dwarf pine, spruce, and others.

Within the borders of the reserve, you can see more than 700 types of plants, a large number of which are included in the Red book of Bulgaria. The animal species inhabiting the territories of „Yulen” are bears, chamois, wolves, and others.

The reserve is located in the area of the town of Kresna and Gorna Breznitsa village. „Tisata” was declared a reserve in 1949 and had the name „Tisova barchina.”

In 1977 the borders of the reserve expanded, and its name changed to „Tisata”. In 1991 the reserve and its adjoining buffer zone were declared a special region that ensures the preservation of the juniper tree.

The Central of Pirin National Park is located in the town of Bansko. Here, the guests of the town can get detailed information about the park sections and reserves on the territory of the park, along with the most interesting and popular sights and routes.

In the Information Center, tourists can also see the „Pirin forest” exposition, from which they can learn interesting facts about Pirin Mountain and its flora and fauna.

The tourists and guests of the town can find the Information center at N4 „Pirin” street.

The working time of the center is every day, as follows:

The guests of Lucky Bansko hotel can reach the Information center of Pirin National Park in only 6 minutes by car or for 10 minutes by foot.

If you are a hotel guest but don’t want to visit the Information center, the entrance of Pirin National Park is only 16.3 kilometers out of town, so you will need only thirty minutes to get there.

Don‘t forget that the Baikusheva mura /Pinus heldreichii/ is located on the territory of the „Vihren” park section so you can start your tour of the National park from there.

The National park is very beautiful and has great biodiversity. On its territory, you can see ancient forests and many plant and animal species. Many tourist routes pass through it, including well-marked eco trails and a lot of places where you can just sit, relax, and enjoy nature.