Bansko is our most popular ski resort, this is an indisputable and absolute fact. During the active winter season, the resort is visited by thousands of tourists from around the world who love white sports. But the town does not fall asleep “summer” sleep once the winter season is over. On the contrary. In spring, summer and autumn Bansko can offer you many and extremely pleasant ways to relax and attractive tourism. 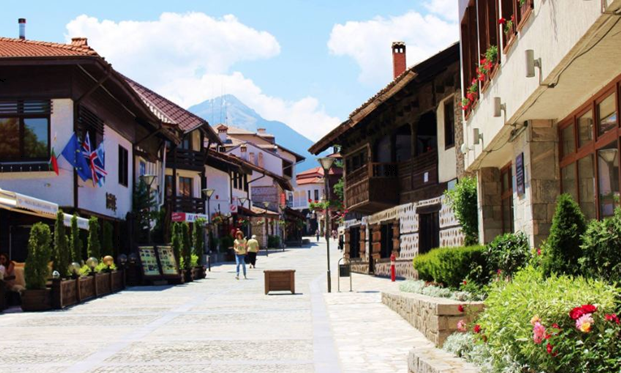 On the central square of the town, just meters from the building of the Municipality is the house where he was born to one of the greatest Bulgarian poets – Nikola Vaptsarov. Take some time to look at it.

This is the first museum opened in Bansko. It was opened to visitors in 1952, and the poet’s mother and sister took an active part in the arrangement of the museum exhibits.

At the beginning of the Old Town is the symbol of the resort town – The Holy Trinity Church. The temple was built in 1835 with money from donations and the work of all local residents. The architectural style of the church is influenced by the time in which it was built. However, what distinguishes it from all other churches in our country are the frescoes and the magnificent wood-carved iconostasis(work of UstaVelyanOgnev, a master from the Debar Art School). 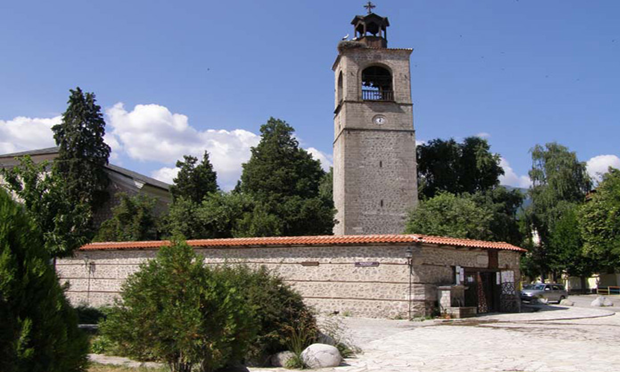 Next to the church is Beninа house. In this house in 1793 was born one of the greatest Bulgarian Revival writers – Nikola Poppetrov Benin (NeofitRilski). The house is built in the typical Bansko Revival architectural style and if you visit it you can get acquainted with the life and work of the great Bulgarian, as well as with the unique architectural style of the Revival Bansko.

Benina’s house was turned into a museum of NeofitRilskiin 1981, when 100 years have passed since the death of the Revival writer.

In the heart of the Old Town, on a quiet, small street is Velyanova House. The house was donated by Banskalii to master VelyanOgnev and his beloved wife in gratitude to the master who painted the Holy Trinity Church. As an architecture, the house is made in the typical Bansko Revival style. What impresses her the most, however, are her frescoes, which are the work of master Velyan.

Velyanova house is the first fully painted house in Bansko. The master paints all the rooms in his house, even the hiding place. Here you can see unique drawings of cities, animals, flowers, which still shine in sparkling colors.

This archeological site is located only a few kilometers outside Bansko. Discovered by chance during a field trip, today it is one of the most visited places by guests of the city.

The painted church is an object in which two churches are inscribed in each other. During the excavations, archaeologists discovered the remains of an old Christian church from the 5th to the 6th century, which in the 13th century was inscribed in a larger and newer church.

To reach Thepainted church you have to leave Bansko and take the direction of Razlog (to Pirin Golf). The site is located 700 meters from the golf course in the area Betolovoto.

The city without a name or the Nameless cityis a site of historical and archaeological value. It is the ruins of a large city dating back nearly 3,500 years. Archaeologists who study the site believe that this place was inhabited by representatives of the Thracian tribe Dai.

The site is located about 4 km from Bansko in the direction of Dobrinishte. It is located on the small hill “St. Nicholas”, to the beginning of which you can reach by car. Then you have to follow the path that will take you straight up.

As you may have guessed, the waterfall named “St. Nicholas” is located next to the hill bearing the same name. In fact, as you explore the city’s ruins and listen, you can hear the sound of a waterfall.

St. Nicholas is a small but very beautiful cascading waterfall that is worth visiting after view the Nameless City. The easiest way to reach it is to take the separate eco-trail. It starts from the wooden pavilion. You just have to follow the signs and after about 15 minutes of walking you will face the falling waters of the waterfall. 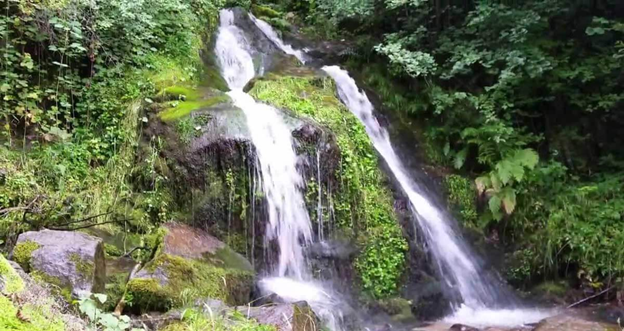 Sitan Kale is one of the largest late antique fortresses built in the region. The main task of the fortress was to guard the important Roman road that connected the valley of Mesta with the valley of Struma.

According to experts, the fortress was used for quite a long time (from III to XIV century). It is supposed to have ceased to exist after the Ottoman invasion of our country.

And the village of Dobarsko itself impresses with its Revival architecture and beautiful nature. This attracts tourists to it, however, an incredible site – the church “St. Theodore Tyrone and St. Theodore Stratilat”.

The Christian church was built in 1614 and is architecturally a simple three-nave basilica dug into the ground. The appearance of the church is not very impressive, but everything changes as soon as you cross its threshold. Inside the temple is painted with 460 images of saints. Here is one of the most surprising and still unexplained by experts murals, which depicts Christ, as if descending from a space rocket.

Dobarsko is 21 km away from the resort town and 18 km away from Razlog. You can reach the village by a convenient, asphalt road.

This is probably one of the most visited sites outside the active winter season in Bansko. Baikushev’s pineis the oldest tree in our country (about 1300 years old). It is named after its discoverer – Konstantin Baikushev. The tree is of great interest to tourists not only because of its exceptional age, but also because of its impressive size (height – 26 meters, circumference – 7.6 meters and thickness – 2.6 meters).

Baikushev’s pine is located near the hut Banderitsa at about 1930 meters above sea level. To reach the oldest tree you have to get out of Bansko and take the direction of Banderitsa hut. Park in front of the hut and walk uphill. In less than 5 minutes you will reach the tree.

In summer BanderishkaPolyana becomes one of the most visited and popular summer attractions near Bansko. Here is the longest inflatable slide in Europe, where you can go down the whole family. The attraction also has mini football, mini golf, as well as many restaurants where you can eat deliciously and at good prices.

You can reach the summer attractions of BanderishkaPolyana by a lift that will take you straight up. You can take the lift from the starting station in Bansko.

If you like nature walks to combine with picnics, the walk to Popovo Lake will surely appeal to you. This natural site is the most visited place by the locals during the summer months.

The starting point of the tourist route starts from Bezbog hut. The route is relatively easy and almost all the way the path you have to follow is without much displacement. There is only one steeper section along the route, called Dushevadkata.

If you cross it, you will not experience any difficulties from there to the lake. The route is 3.5 km long and is one way, with a displacement of 181 meters and to get from the hut to Popovo Lake will take you about 1 – 1.30 hours. 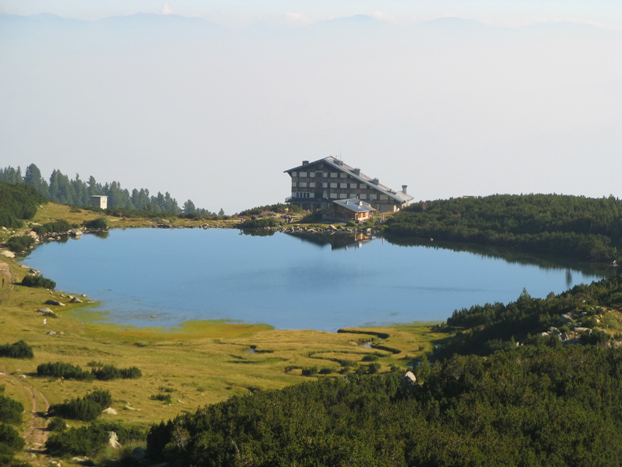 Dobrinishte is one of the largest and most popular spa resorts in the country. On the territory of the town there are 17 mineral springs, the waters of which cure various diseases. Apart from the fact that people come to the town for treatment, in the summer Dobrinishte is visited by the guests of Bansko because of the two outdoor pools on the Mineral Beach.

To cool off in the waters of one of the pools on the Mineral Beach, you need to set off from Bansko to Dobrinishte, about 8 km away.

The park for readaptation of dancing bears was established in 2000 with the sole purpose to protect and ensure a peaceful life for brown dancing bears in Bulgaria. It is located on an area of 120,000 square meters, is divided into 7 sectors and is home to about 20 bears.

The park is located near Belitsa, in the area of AndrianovChark. To get to it you have to go from Bansko to Belitsa. The distance from the resort town to the Park is about 12 km.

“Demyanishkiskok” is an extremely beautiful waterfall that you can enjoy while on vacation in Bansko. It is located on the river Demyanitsa, at an altitude of 1750 meters, and its waters fall from 11 meters. It has been declared a natural landmark.

You can reach the waterfall by going from the resort town to Vihren hut. At about 3 km you will see a turnoff for Demyanitsa hut, where you have to stop. After a while you will see a sign for the waterfall. You leave the car and take the hiking trail, which will take you directly in front of the DemyanishkiSkok waterfall.