Hiking in Bulgaria is an excellent adventure to plan during your vacation in all seasons, and the reasons why are more than enough. Through the Balkans, mountains are scenic, diverse in terrain, and full of precious flora and fauna.

What’s more – the Bulgaria Rila Mountains will show you a blend of grandeur and tranquility through different tracks and for a rather reasonable price for accommodation.

Below, we will give you the full guide for climbing Musala – the highest peak in the tallest mountain in the Balkans. 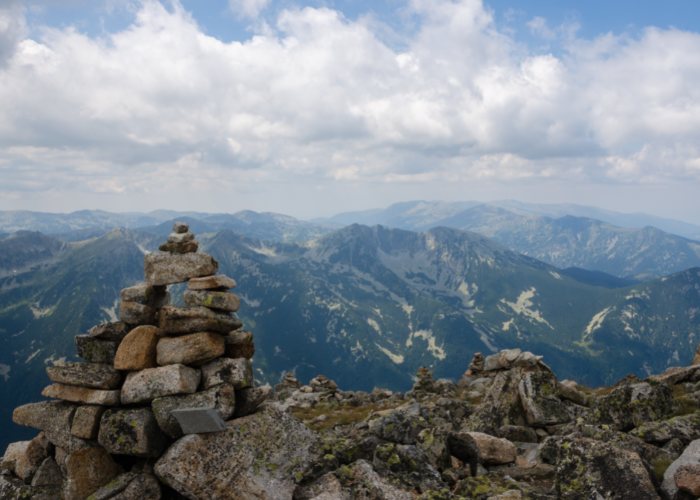 Whether you have already climbed the highest mountain peak in Bulgaria or are planning to do it soon, there is always something to learn about this majestic peak which today we all call by the name of Musala.

Did you know, for example, that the biggest debates among experts for many years concern the origin of its name? According to one of the experts, the name Musala is of Arabic origin and means “close to God”, and, according to others, “Musalat” means “dominating”.

Who is right, and who is wrong? We cannot say for sure. But the fact is that Mount Musala is the most magnificent and highest peak in the Balkans… And that is enough to know before you head for a hike.

If you have already made the trip to the highest peak in Rila, then you know what lies ahead of you.

But if you have not done it yet but are considering this idea seriously, you should know the following:

We mention it because, even in the hottest month of August, Musala’s temperatures rarely exceed +5 degrees which is quite cold. The snow cover at the top lasts for up to 8 months, and its thickness may exceed one meter.

That’s why, even if you feel warm at the foot, put a thick overcoat in your backpack to be prepared for any surprises while hiking Bulgaria.

There are many routes to conquer Mount Musala, but we’ll just take a look at some of the most popular ones and mention the rest briefly.

This is the easiest and safest route to the top, especially if you are a guest of Borovets in summer. Anyway, keep in mind that it is also the most preferred route of the tourists in Rila mountain, Bulgaria.

So, if you choose that way, prepare to share the experience with many other enthusiasts who are also trying to conquer Musala in the summer. The crowd can be a bit tedious, but if you are not sure about your preparation, it is better to choose the Borovets summer route. 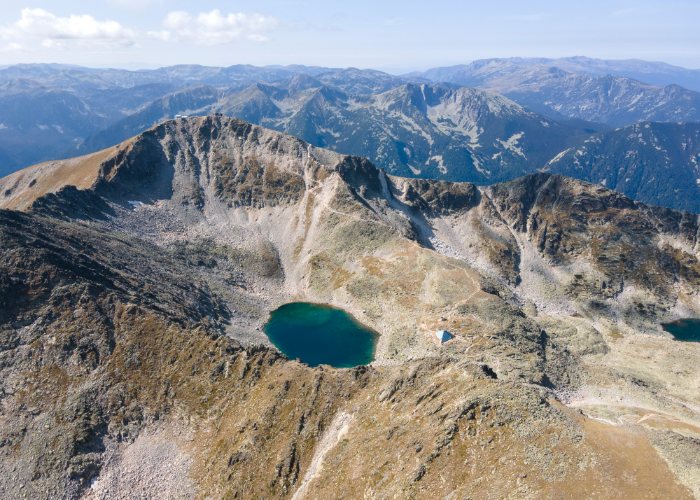 The route starts from Borovets town, where you have to get on the lift to the Yastrebets mountain hostel. Traveling by lift is pleasant, and you can enjoy the beautiful views; it will take only 30 minutes and save you about 5 hours of walking.

When you reach the Musala mountain hostel, you can relax for a while, breathe in the fresh mountain air, eat and gather your strength. Near the hostel, there is also a beautiful lake which you can admire.

The next stage of the route is from the Musala mountain hostel to Ledenoto Lake shelter. At this stage, a little more difficulty is expected, as the displacement is bigger (+320 m), and there are a lot of sections with big stones on the road that can make it a bit difficult and slow you down.

However, the distance from the hut to Ledenoto Lake is just over 2 km which, at an average climbing rate, can be reached in about an hour to an hour and a half. If you reach the shelter, give yourself at least 10 to 15 minutes of rest because you will need a lot of effort for the next stage.

The last stage is the shortest but is also the most difficult to cover because it is very displaced (+216 m), and the trail is narrow and rocky. Nevertheless, the distance from the shelter to the Musala peak is less than a kilometer, and it will take you about 30 minutes to congratulate yourself on conquering the highest peak in Bulgaria and the Balkans.

This Yastrebets route is totally secure, has very good markings, and is easy to complete even if you have small children. The average climbing time for the Musala pathway Bovorets is 3 hours.

Remember, Mousala is on the list of the 100 national tourist sites, and if you have a booklet, carry it with you to put your stamp at the weather station on the top.

You can also walk the classic Musala pathway – Borovets – Yastrebets – on foot, without taking the lift. Then, from Borovets, you have to go on a dirt road to the Musala mountain hostel and then to the Ledenoto Lake shelter – Musala peak. The average climbing time without a lift is between 6 and 7 hours.

This is the most popular route to Musala from its southern side and is the most preferred route if you will conquer the peak from Bansko.

If you are on vacation in Bansko and you have decided to make the trip, you have to get to Yakoruda, Belmeken, or Ribni Lakes (as it is most comfortable for you). From here on, along well-marked trails, you will get to the Granchar mountain hostel.

This route is also completely safe; you will enjoy beautiful views and pass along some of the most beautiful peaks in the Rila Mountains, Bulgaria. These include Marishki chal, Yurushki chal, Big and Little Twin. 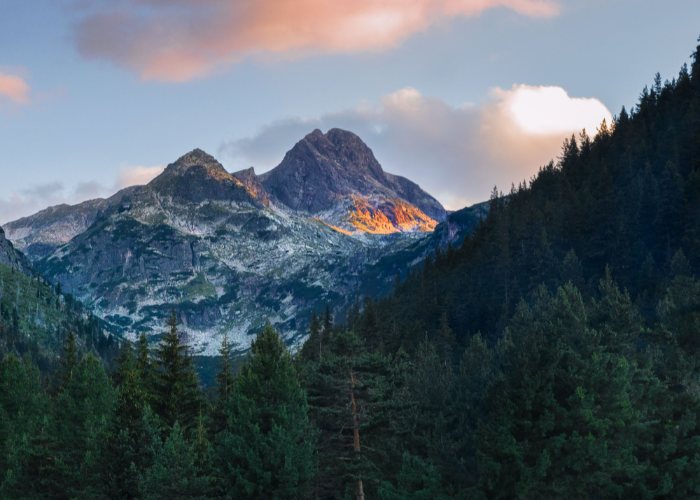 The final climbing stage can be a bit difficult for you as the displacement is quite big, but the efforts are worthwhile. It will take you about 5 hours to cover this route.

Another very nice Rila mountains hiking route to Musala on the southern side of the peak. In the first stages, the transition is very pleasant and light, and the path is almost without displacement.

The route passes through the valley of the Maritsa River, climbs near the Marishka lakes, and passes through some of the most beautiful peaks of Rila and the Marichinite Lakes. The last stage, from the lakes to the top, is a bit more challenging because of the large displacement. The average climbing time through this route is 4 hours.

This route is a bit more difficult, and if you are not well prepared, it’s better to skip it. The transition starts from Borovets to the Zavarchitsa mountain hut and passes through Marishki chal. After that, the route goes through stones and a bigger displacement, taking just over 5 hours.

In addition to these popular (and safest) routes, there are several more routes that require good preparation. If you still want to try one of them, it’s good to be well-equipped and accompanied by an experienced mountain guide.

The advanced routes are:

These are the summer routes, but there are also winter ones that you can go to if you wish. Knowing how prepared you are before going on the winter routes is a huge plus, as even in summer, they are far more dangerous.

If you plan to make a winter pass to the top, you must obligatorily have a guide and very good preparation and equipment.

Your wild Bulgaria hiking will always be better with a bit of background – and the Bulgarian mountain ranges always have a good story to tell.

So, did you know that…

According to the legend, in clear weather, you can see the Aegean Sea from Musala.

The truth is that this is impossible because the mountains in the country and in Greece obstruct direct visibility, and the very shape of the planet makes it impossible to see such distant objects. But the legend is very beautiful, and if you wish so, nobody can stop you from believing in it.