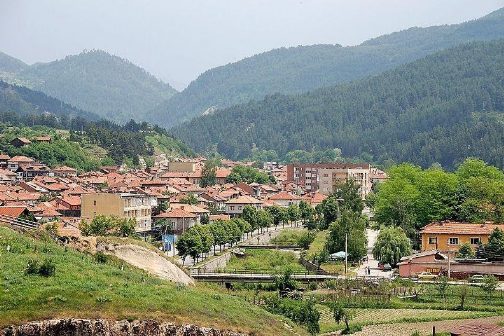 Eleshnitsa is undoubtedly one of the places you should not miss visiting when you are in the region of Bansko. Picturesque views, healing mineral waters, entertainment for young and old – Razlog village offers everyone a variety of options for a relaxing holiday.

Although not on the list of the most popular mountain destinations in Bulgaria, Eleshnitsa is a place that is also worth visiting by every lover of the mountains and the beautiful and peaceful natural views. 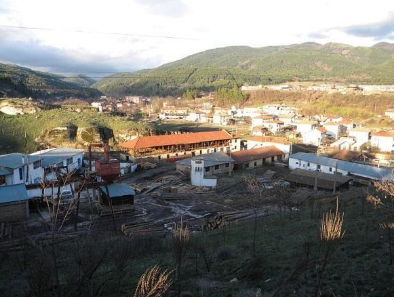 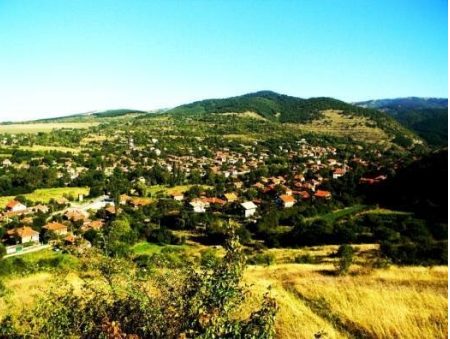 Intrestingly, Bulgaria has two settlements named Eleshnitsa. One is in the Razlog region and the other in the Sofia region.

The village of Eleshnitsa is located at the point where Rila, Pirin, and the Rhodopes meet in the valley of the river Zlataritsa. It is located 16 km from the resort of Bansko, 18 km east of Razlog at 761 m above sea level.

It is located on both coasts of the lower reaches of the Zlataritsa River and the southern foothills of the northwestern Rhodope massif Belakite. The climate of the village of Eleshnitsa is mainly mountainous, and to the south it is semi-mountainous.

The Zlataritsa River flows into the Mesta River, along whose valley comes a warm air front from the White Sea. 1342 people live in Eleshnitsa. 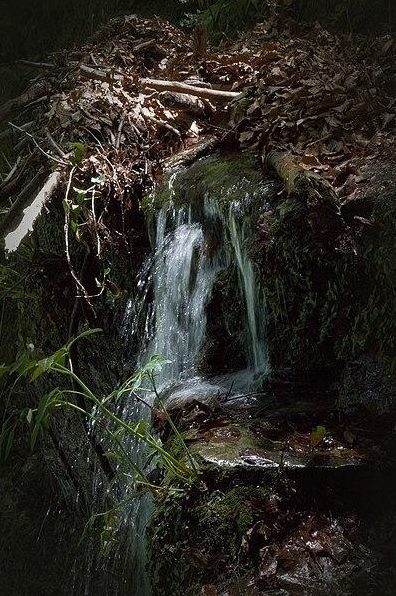 In the area of the village of Eleshnitsa, there are a total of 4 mineral water springs with different water composition and temperature between 20 ° С and 70 ° С degrees.

In Eleshnitsa there are two balneological centers, a sports complex with playgrounds and tennis courts, a swimming pool with mineral water and a 7-meter jumping tower.

Eleshnitsa in the region of Razlog used to be famous as a uranium center, but now it is popular mainly because of its healing mineral water springs. In fact, it is because of the presence of mineral springs that the region has been a preferred habitat since ancient times.

In terms of its infrastructure, Eleshnitsa is a center of state forestry and has developed logging. In the village, you will find an archeological museum collection and a community center with folklore group.

Eleshnitsa has its valuable cultural heritage. Remains of an ancient and medieval settlement have been found near the village, as well as remains of a settlement dating from the first stage of the early Neolithic. Thracian vessels and objects were found on the outskirts of Eleshnitsa.

Another interesting fact about Eleshnitsa is that there in 1985 a team of archaeologists from the Bulgarian Academy of Sciences began researching a settlement from the Neolithic Age, dating from 7-6 millennium BC. This indicates that the ancient inhabitants of the settlement during this period existed at the same time as the Sumerian civilization.

Ancient Greek coins (Philippians), found by Philip of Macedon (father of Alexander the Great), were found at various points in the lands of the village of Eleshnitsa. This is a sign that the lands of Eleshnitsa were part of the possessions of ancient Greece and the Macedonian Empire.

At a later stage, the place was inhabited by Medes and Dees (Thracian tribes). Historians suggest that this may have been the birthplace of the Thracian singer Orpheus. 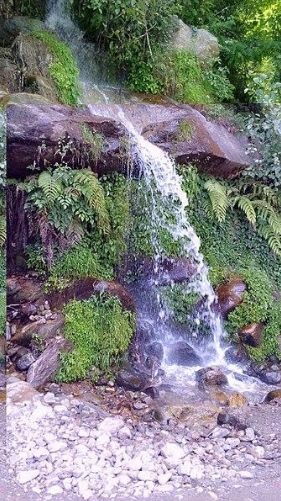 What can we see in the village of Eleshnitsa?

The healing properties of water are due in part to the argon content of the water. One of these properties is the beneficial effect on lung disease by inhalation.

The mineral water from the picturesque village is characterized by high purity and does not contain nitrates, nitrites and ammonium ions.

The baths with mineral water from Eleshnitsa have a healing effect on a number of other diseases such as:

And the treatment with drinking mineral water from Elenitsa helps with: 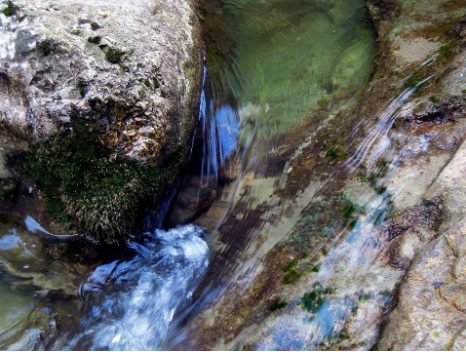 The other thermal spring is located near the area of St. Varvara. This spring is captured and has 10 boreholes and catchments with a total flow rate of 22 liters per second and a spring water temperature of 58 ° C degrees with constant water supply.

The mineral spring is located 2.4 km. in a westerly direction from the village of Eleshnitsa on the way to Gen. Kovachev station. The water springing from it has a lower sulfur content compared to the waters of the village of Banya, which is another destination for hydrotherapy in the region. 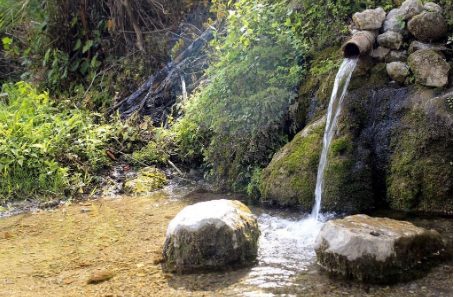 “Zlataritsa”-Eleshnitsa is a mineral spring with 39.6 ° C degrees with constant water extraction. The total flow of the thermal spring is 28 liters per second.

The flow rate of the thermal water spring is 35 liters per second with an open flow system and self-discharge drilling. The water from the spring is drawn with the help of a siege drill pipe from a depth of 450 m.

The entire water quantity is transported from the borehole to the village of Eleshnitsa through an insulated pipeline. The mineral spring can be found 2 km from Eleshnitsa on the road between the village and Chereshovo.

In addition to a mineral water spring in the village of Eleshnitsa, there are also mineral pools for children and adults with a water temperature of 32-36 degrees, as well as restaurants.

The water from the springs has a beneficial effect on the treatment of lung and skin diseases, traumatic injuries to bones and joints, as well as accelerates wound healing.

The area of St. Varvara

There was an ancient pagan settlement near the mineral water spring, which was later turned into a Christian consecration place. Some legends are connected with the area.

Other interesting sights from the region of Eleshnitsa 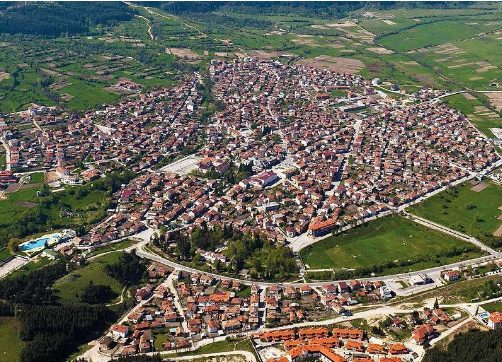 Dobrinishte is another famous mountain resort suitable for spa treatment and winter tourism in the region of Blagoevgrad. It has 17 mineral water springs, which are located in the northern part of the city near the Dobrinishka River.

The water in Dobrinishte is hydrocarbonate-sulphate-sodium-fluorine. It is drinkable with a pleasant taste, odorless and does not form a precipitate. Its temperature varies between 30 ° C-43 ° C degrees.

In Dobrinishte there is a public bathroom with a washing machine, whose pools are filled with mineral water directly from the water spring. As the water has a constant temperature and does not require additional heating or cooling, its properties are preserved to the maximum.

Visitors to the city will also find a swimming pool with a beach and a small outdoor pool in an ancient Roman style called the “Rimskoto bantche” (The Roman bath). 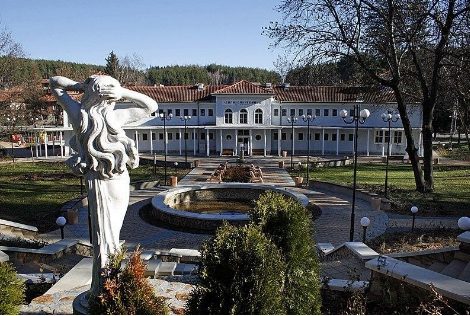 The baths with mineral water from Dobrinishte have a beneficial effect on health problems such as:

It also helps in recovery from: 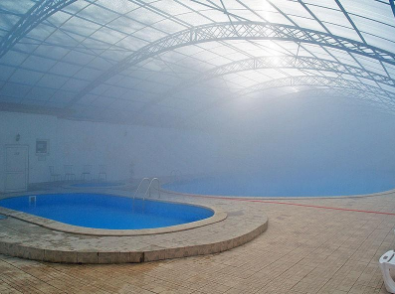 Ognyanovo is another famous destination in the region, which is suitable for both balneology and mountain tourism. The resort is located 40 km. from Lambievi huts in the direction of Gotse Delchev.

There are also mineral baths in Ognyanovo, which are supplied by a total of 24 thermal mineral water springs. All of them are completely free of bacteria and there is no sanitary-chemical pollution in them. The village attracts not only Bulgarian but also foreign tourists with its beautiful nature and healing mineral water. 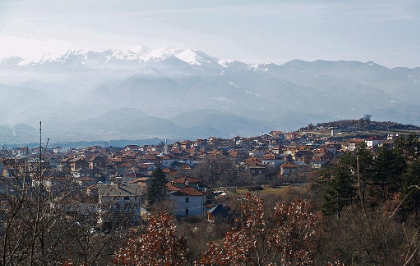 The mineral water springs in Ognyanovo have a total flow rate of 102 liters per second and their average water temperature is 39 ° С-40 ° С degrees. The largest spring in Ognyanovo is called Miroto and is part of the Krayrechno spring, as both form a mineral node. It feeds the City Baths, which are located 1.5 km. from Ognyanovo, and spa hotel Prophylaxis Ognyanovo.

Miroto spring consists of 17 springs and two outdoor mineral pools with a water temperature of 42 ° C-45 ° C, which makes them the hottest in the area. An old Roman bath was discovered near the Miroto spring, which has been declared a cultural monument.

The other mineral water spring in Ognyanovo is located near the Kraiselsko area, which is located 600 meters from Ognyanovo in a northerly direction near Selski Bani.

Kraiselsko consists of 7 water springs and one drilling well with a total flow rate of 17 liters per second, which are shaped by nature. The temperature of the spring water varies between 35 ° C and 39.5 ° C. 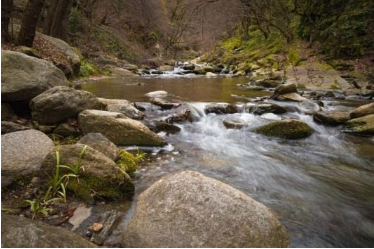 The mineral water of the springs is clear and colorless, has a slight odor of hydrogen sulfide. The water of Kraiselsko water spring is categorized as hyperthermal and slightly mineralized according to its physico-chemical composition. Mineral water from this region has healing properties and can have a beneficial effect on a large number of diseases.

The healing procedures with mineral water from Ognyanovo are recommended for problems with: 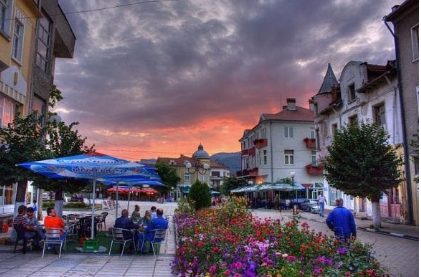 Yakoruda is another mountain resort that offers conditions for balneology and a pleasant holiday in the mountains. There are two mineral water springs, a drilling well, a mineral pool with a beach.

In Yakoruda springs mineral water with a temperature of 42 ° C, which is hyperthermal and slightly mineralized. By composition it is defined as sodium sulphate-carbonate with a high fluoride content. 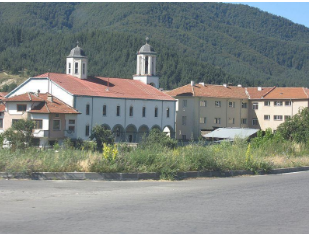 It is characterized by healing properties and is suitable for various diseases:

Every year on Easter in Eleshnitsa is held a mummer’s carnival, which is part of the folklore traditions of the region. In addition to carnival masks and mummer’s dances, it also includes traditional rituals and folk music.