In summer and autumn we all look for cool places to walk and relax with friends and family. Everyone loves to sit on a lush lawn where they can relax their mind and soul. When you are wondering where to go for a vacation, choose our native Bulgarian mountains.

Did you know that in Pirin are hidden some of the most amazing destinations and trails for mountain tourism in our country? Its lakes are a natural gift that we can enjoy with just a short walk very close to the resort town of Bansko.

Among them is the lake, which we will discuss in more detail – Muratovo, also called Big Muratovo or Ovinato. The place is a favorite of many nature lovers, climbers and artists. Because of the clean air and the calmness, people come here for healthy tourism and others.

Its crystal clear water is so pure and magnetic that it creates a feeling of unearthly experience when we look at it. You can just sit on the beach and meditate and in a few minutes you will feel refreshed and close to Mother Nature.

Where is Muratovo Lake located and what is it?

There are far fewer people who have heard of the Pirin Lakes than of the Rila Lakes, for example, which are much more popular. And in Pirin there are over 170 lakes and they are no less valuable view in the heart of the nature park.

Muratovo is a glacial lake, which is located in the northern part of the massif near the eponymous peak Muratov and Hvoynati peak (2635 m). The reservoir itself rises to high altitudes. It is located about 2209 m. It is part of a group of 16 glacial lakes from the Banderishki circus in the northern part of Pirin and is one of the few among them that has its own name.

These lakes flow into the Banderishka River. That is why they are also called Banderishki, Ovinati or Muratovi, as Big Muratovo is the most extensive and majestic, although it is not so well known yet. Its area is over 12 decares, located on a granite site. In its deepest part it reaches about 3 meters, which ranks it first among the Banderishki lakes and this indicator.

Natural diversity in the surroundings

When you are in the area of Muratovo Lake, do not forget to pay attention to the local flora and fauna. It is as unique as the place. The lake is wonderful for exploring alpine underwater, aquatic and terrestrial flora.

The territory around it and its water area are included in the Pirin National Nature Park. In recent years, it has been registered here as a natural habitat of the leshanka – a small fish of the Carp family.

Balkan trout, sometimes called river or brown trout, are also found. A number of rare songbirds and other wild animals are also found here. Hunting and fishing in the area are absolutely forbidden.

How to get to the lake? 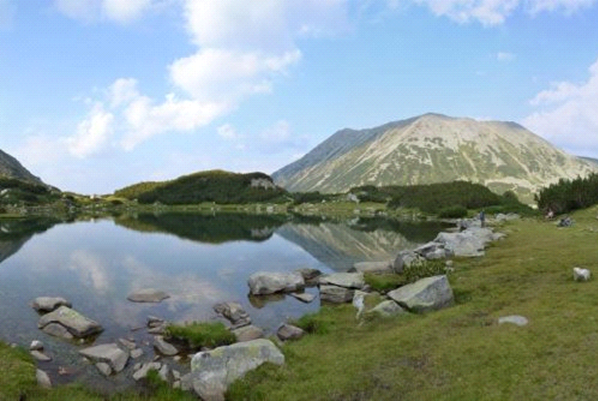 If you have decided to get to this place, you do not need to be an avid and well-trained mountaineer to succeed. Due to its convenient location, it is even ideal for a trip with small children. This lake is one of the natural landmarks that are located very close to Bansko, so you can skip there very quickly while you are staying to spend your vacation in the resort.

In addition, it is great for family tourism, as it is extremely picturesque and at the same time relatively easy to reach – it is located no more than an hour walk from the hut “Vihren”. This is the easiest way to get to it and makes it a very suitable location for a slight Pirin transition, for example.

If you are leaving Bansko, you can, for example, take your personal car or car rental from the city to go 15 km from there to the hut “Vihren”. Don’t worry – the road infrastructure is quite good and suitable even for city cars with lower suspension.

You can also cycle there if you wish, and in the summer there is regular passenger transport on this route. The journey there takes a total of about 40 minutes.

Once you reach the parking lot of the hut, you can leave your carriage and continue on foot. To do this, follow the blue-yellow markings and head south. Just be careful not to go in the wrong direction and cross to the other side of the river, where the road to hut “Sinanitsa”. You can pour the water needed for the transition from the fountain at the hut.

Suggestions for routes around Muratovo Lake

On the way to the lake from Vihren hut you pass through the picturesque Ravnako area. After it you pass the so-called Stone River, which is the most difficult part of the road to it. Once you arrive, there is a wide variety of options for walks and more serious hiking in the area around the lake.

From Muratovo Lake we can go to many other sights in the area. In addition to Muratov and Hvoinatiya peaks, from its shores we can see the peak called Vasilashki Chukar, Todoriniya peak, as well as the so-called Banderishka gate. This is a saddle located between Teodosievi Karauli and Muratovpeak. The Theodosius’ karauli peak is 2633 m high and in practice is an extremely steep ridge. You can walk on it, but for that you need the confidence of a more experienced mountaineer to take the ridge.

This peak took its name from a Bulgarian volunteer.

Near Muratovo Lake are the five lakes of the Gergi Circus.

The Five Lakes route is easy and pleasant. It is very convenient because it starts from the hut “Vihren” and after a tour of the most beautiful water in the area returns back to it. The lakes that enter this trail, apart from Muratovo, are the Fish, the Frog, the Long and the Eye. Although not as large and deep as it is, they are also captivating. All lakes can be circumnavigated in about half a day at a steady pace, including by novice tourists.

Those of you who like more serious mountain hikes can try to take Muratov peak. You have to keep in mind that it is 2669 m high, and at the same time it is quite steep to climb.

However, once you decide to get on, get good equipment, water and something to eat on the way. Traditionally, the route starts from Vihren hut, passing through Ravnako, Muratovo lake, then through Banderishka gate to Muratov peak and then back.

You do not necessarily need special devices such as walking trekking sticks and others to get to the lake. If you need it, equip yourself. However, if you have decided to go hiking in the area of Lake Muratovo, get a raincoat and spare clothes just in case.

Regardless of the season, also wear sunscreen for the face and exposed parts of the body. Always provide yourself with a first aid kit with the most necessary medications.

Apart from natural resources, Pirin also hides a lot of history and mythology. Here you can touch the traditions and Bulgarian roots. It is a common practice for the most beautiful places in Bulgaria to be named after people from the history associated with them. The Pirin region is no exception.

For him and for another nearby peak – Todorin, there is a folk legend, which is passed down through the generations. It is believed that they bear the names of real people. It is believed that when Murat Bey once came to these places, he wanted to take a local girl named Todorka or Todora. People talked about her that she committed suicideto escape him. The peaks are named after them to remind of this legend.

The locals named the higher peak Todorin. It exceeds Muratov by 77 m, rising to an altitude of 2746 m. The nearby Vasilashki lakes in the area have something in common with history. The old people say that the boy drowned in one of them. He jumped from the Vasilashki chukar in despair after he could not survive the loss of the deceased girl. The Vasilashki are 10 in number and were named after the girl’s favorite, Vasilaki.

Another legend says that the names of the peaks Sinanitsa and Gergiytsa are also associated with Bey Murat. He was a janissary who heard about the beauty of the rural beauty Gergiytsa and tried to kidnap her. While fleeing from him, the girl died, and Murat approached her and discovered a terrible secret. Seeing a talisman on her neck, he realized that they were both brother and sister, born of Sinanitsa. 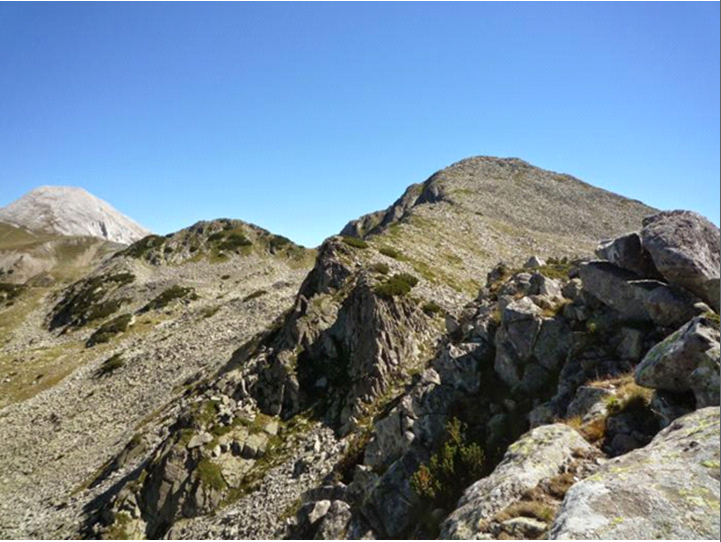 Muratovo Lake is a wonderful choice for spending time in a mountain atmosphere. Easily accessible, it is a great route for touring with children or adults. Here are concentrated some of the highest peaks in the country.

It is also one of the preferred locations among foreign tourists in our country. Photographers and artists immortalize it in magnificent landscapes, and poets have sung it in the folk and authorial works of the Bansko region.

At the Tourist Information Center in Bansko you can ask for advice on a trail that you can go, which corresponds to your level of preparedness for mountain tourism, as well as to find out what are the transport options. You can also ask on the spot in the apart-hotel complex “Lucky Bansko SPA & Relax”.