Fatigue and stress from busy daycare are starting to affect you permanently? Is your body screaming for rest and your mind for clarification? Have you lost the balance between mind and body and need to rediscover the harmony within you?

Give your body and mind a yogatraining at Lucky Bansko.

What kind of yoga training does the Lucky Bansko Hotel offer?

If you decide to search the harmony you need and devote a few days to yoga training at the five-star hotel in Bansko– Lucky Bansko you will learnAshtanga yoga asanas.

What is this style of yoga?

Ashtanga yoga is a style that was developed by Sri K. Patabhi Joyce and T. Krishnamacharyain the early 20th century. It became popular in Europe in the 1970s and has since been one of the most practiced yoga styles in the world.

This form of yoga involves the synchronization of breathing with a set of “vinyasa” (flow) series of asanas. Breathing techniques and physical exercise produce internal heat, which leads to internal cleansing, improved circulation and improved physical condition.

Ashtanga yoga is believed to be derived from hatha yoga, which is described in the ancient text of “Yoga Korunta”. For the first time, the name of the yoga style is mentioned by the ancient Indian sage Patanjali, who describes Ashtanga as the eight paths of yoga that we must master in order to overcome suffering and know our true self.

Ashtanga yoga is, in its essence, a dynamic style of yoga that connects the body’s movements with the spirit. The method emphasizes the importance of the daily practice of a set of movements. During the implementation of the asanas, the student performs them independently and progresses at his own pace, and the teacher only assists and keeps the student ready for the next level.

In this style of yoga, there are three main series of asanas and each student must master each posture in the first series before moving on to the second and third series of asanas.

The first series of asanas are called “Yoga Chikitsa”, which means “Yoga Therapy”. The series begins with sunny greetings, continues with a series of upright poses, and ends with a set of inverted and seated postures in a related sequence.

The performance of the asana series is combined with breathing exercises and concentration techniques at specific points. The purpose of the first series of asanas is to detoxify the body, eliminate physical problems and take care of all muscle groups. This first series of asanas also works emotionally and psychologically, affecting the nervous system.

The second series of Ashtanasasanas is an intermediate practice and the asanas are called “NadiSkhadhana”. This series of asanas focuses on opening the chakras, opening the energy channels and purifying the spirit and nervous system.

The third series is called “SthiraBhaga”. This latest series is more difficult to perform and therefore advanced. The purpose of this series of asanas is to achieve a union of physical strength and spiritual stability. The fusion of the physical and the spiritual achieves a complete balance and balance between body and mind.

Traditionally, Ashtanga yoga is taught in the Mysore style. This is a style in which each student practices the sequence of asanas depending on their individual capacity. The practice is based on the physical abilities of the student.

Thus, the more inexperienced in yoga training begin with shorter and easier asanas, and after getting used to performing them the teacher adds extra poses. In this way, yoga training builds strength, endurance, flexibility and concentration without the student being overloaded and without the risk of injury. Over time, body and mind strengthen, and Ashtanga yoga becomes meditation on the move. 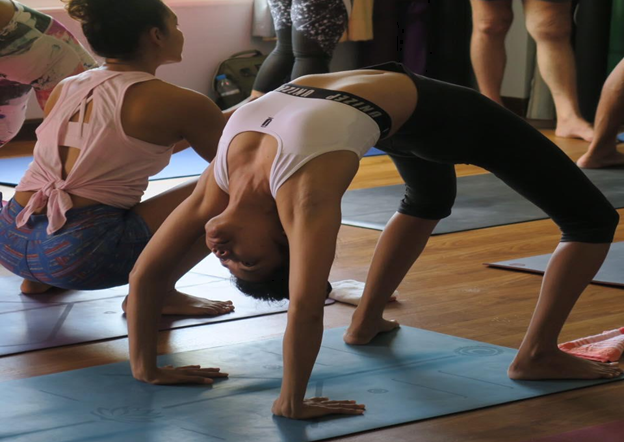 How can Ashtanga yoga be helpful to you?

This style of yoga training is designed to purify your mind and body. Through dynamic asanas, breathing techniques and concentration in just a few days in Lucky Bansko, under the expert guidance of one of the most popular Ashtanga yoga teachers – Prakash, you will gain strength and flexibility and discover your inner peace.

Of course, the Indian guru Prakash leadsAshtanga yoga practices in Sofia as well and you can enroll in yoga classes there as well. However, if you need time alone, the best solution is to join the 4 or 5 day yoga program at Lucky Bansko Hotel.

Yoga sessions are held twice a day – in the morning and in the evening and can be held both in the hotel’s special yoga room and outdoors.

The courses are taught by the Ashtanga yoga teacher Prakash and besides the asanas, the courses include one or two optional massages and daily walks around the most beautiful corners of the mountain.

During your stay at the Lucky Bansko Hotel you will observe the regime, eat healthy Ayurveda and have time alone. Adding to the fact that you will be staying at one of the best hotels in Bansko and you can enjoy the excellent service, the variety of SPA treatments and all the other extras that the hotel offers, we think that it becomes quite clear why yoga training in Lucky Bansko you will be of great help.

After 4 or 5 days stay at the five star hotel under the care of Indian yoga guru Prakash you will return home purified, refreshed and much stronger physically and spiritually.

Who is the yoga guru Prakash?

Prakash Chandra was born in India but has lived in Bulgaria for several years. He is married to a Bulgarian woman he meets at an Indian Yoga monastery. After arriving in our country, Prakash began teaching Ashtanga yoga, which has not been widely practiced in our country so far.

Today, thanks to the country guru, there are quite a few yoga studios in which this style of yoga is practiced, and the number of people who practice it increases with each passing day. Practicing yoga with a teacher like Prakash is something that cannot happen to everyone. 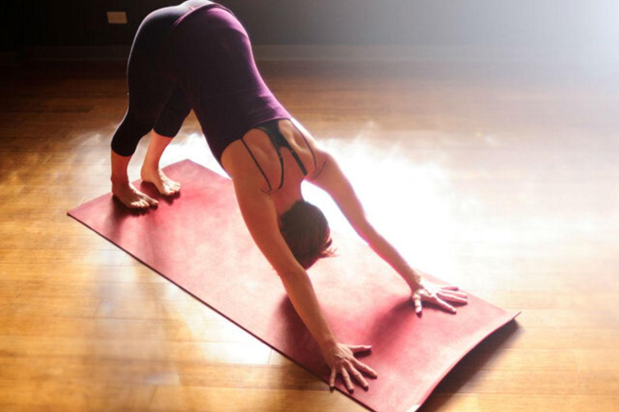 Ashtanga is a power yoga style

If you think so and are afraid that starting yoga training in this style will put a lot of strain on your body, then you’ve heard this myth. The truth is that while quite dynamic, the exercises are not forceful. Yes, they work with all muscle groups, but under no circumstances you will not feel bad or overworked after a workout.

You should be young to practice Ashtanga

Anyone, no matter their age, can start with Ashtanga exercises. In its essence, Ashtanga is a breathing practice. As soon as you can breathe, you can also exercise. And age doesn’t matter.

Ashtanga is a difficult practice to learn

On the contrary. This method of yoga relies on consistency in the performance of asanasand only after learning the easiest poses does it move on to the next level of difficulty. The trainings are strictly individual and their complexity depends on the physical abilities and the degree of absorption by the student. At Ashtanga yoga there is neither excessive exercise nor compulsory absorption of asanas. Everything happens gradually and without unnecessary tension.