In the southwestern end of Pirin, nestled between the “Melons” (the sand pyramids) is the smallest town in Bulgaria – Melnik. And right here, on one of the hills rises the Kordopulov House – the largest surviving revival house to date on the entire Balkan Peninsula. 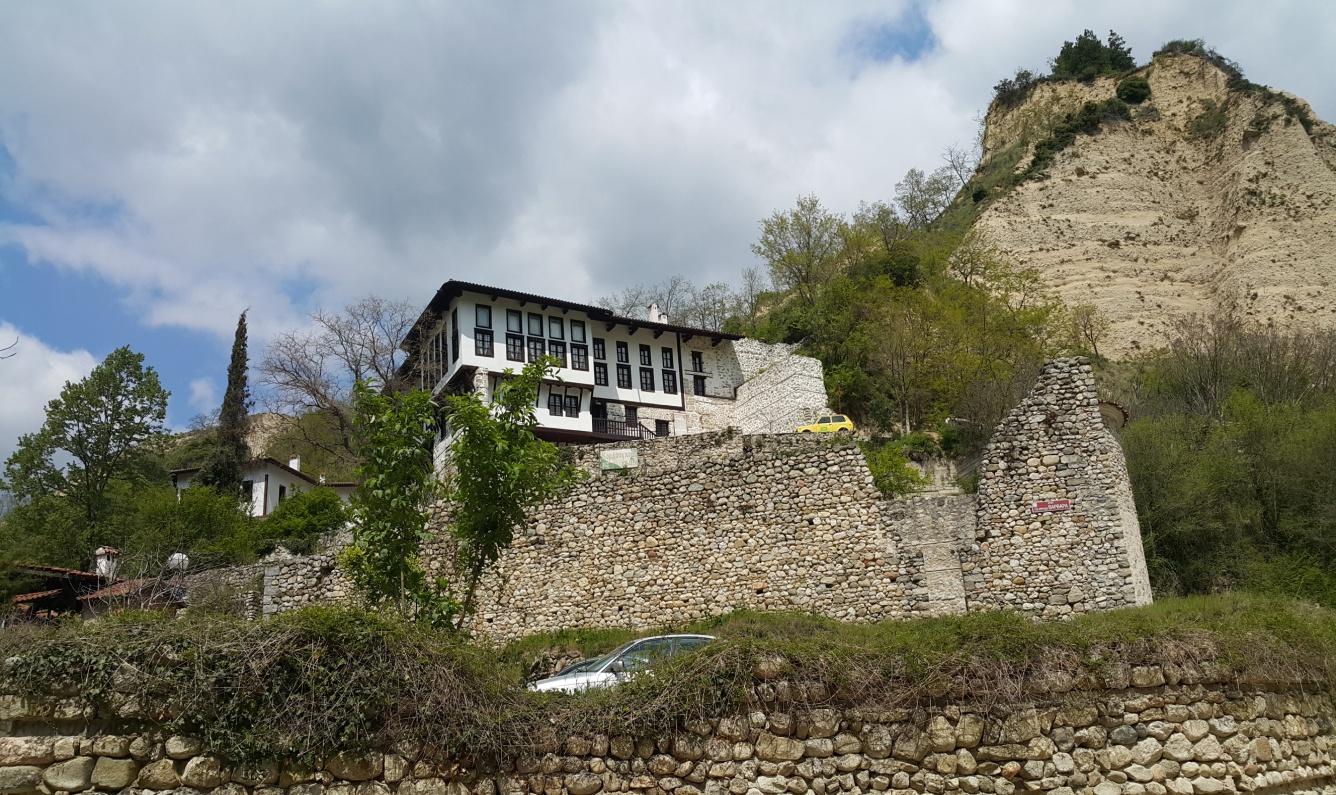 History of the Kordopulov House

The house was built in 1754 by the affluent Kordopulos family (Kordopoulos), who at one time were one of the largest wine producers and traders and traded all over Europe.

Her family needed a place where she not only lived, but also a place to trade and store the wine she produces.

Therefore, they choose the highest place in the city and build a house, unprecedented in size and location until then in our lands.

Situated on three floors, with a total area of 300 sq. m. Kordopulova House impresses with its interesting architecture and elegant mix of Bulgarian, European and Oriental styles, which harmonize extremely successfully.

In addition to its size and the views that open from its windows to Melnik and the Pyramid of Melnik, the Kordopulovi family’s home is amazing in its location.

The house is spread over three floors – ground floor, living floor and floor for welcoming guests and making deals. The first two floors are made entirely of stone and are typical of that time.

The top floor is over the two lower floors and at the top there is a covered winter garden and an outdoor summer garden that also functions as a sundial. The floors are connected not by one or two, but by seven internal staircases.

On the ground floor, the Kordopulovs were producing wine

The thick Melnik wine was placed in huge barrels, which were ordered for storage in the tunnels dug beneath the house.

The tunnels in which the wine is stored are still 150 to 200 meters long and have been dug for 12 years to dig. The tunnel maze is a sort of natural refrigerator that maintains a constant temperature of ten to twelve degrees.

Maintaining a constant temperature is only possible through small holes drilled in the tunnels that provide the necessary ventilation of the rooms. During the time of Kordopulovi, between 250 and 300 tons of wine matured in the tunnels. The sparkling drink was stored in huge barrels, some of which had a capacity of 12 tonnes or more. 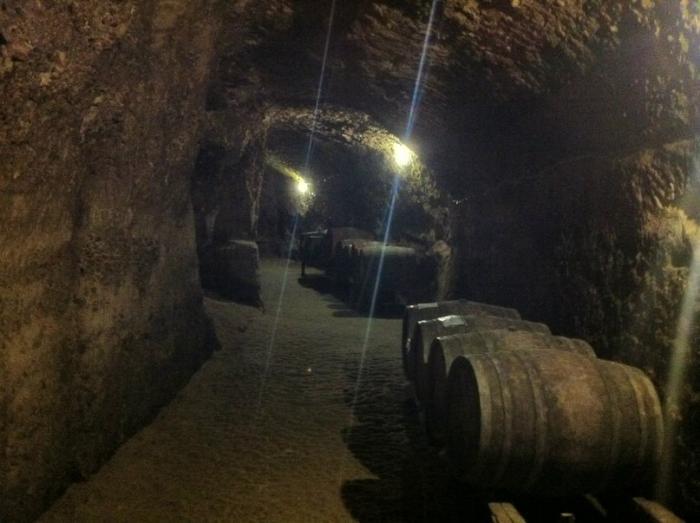 The upper floor was the home of the homeowners. On this floor are located:

All rooms at Kordopulov House are amazing and tell their story

In the middle room or “kyoshka” (corner room), the Kordopools and their guests drank their coffee. The „Kyoshka“ impresses with its large windows, through which a lot of light enters, with its mats covered with thick mats, and especially with its stained glass windows, which seem to carry to Venice.

Musical parties were often organized in the house, and it was precisely in the “kyoshka” that the musicians who entertained the guests were accommodated. The story goes that the Kordopulov often invited musicians from the Vienna Philharmonic to play their entertainment.

Of all the rooms on this floor, the large living room seems to impress the most. The living room has a size of 90 sq.m., but its dimensions are not the most impressive. The room has high ceilings, the entire row of windows is encircled, of which the lower row is typical of Bulgarian revival houses, and the upper row is a stained glass window and is a mix of European and Oriental styles.

The living room is surrounded by low coats, covered with hand-woven mats and soft pillows. Thick carpets with oriental motifs were laid on the ground, and the walls were covered with murals.

The ceiling is covered with a unique polychrome carving and in the middle it is depicted with a sun, around which are drawn figures depicting the 12 months of the year. One wall of the living room from top to bottom has huge built-in wardrobes. 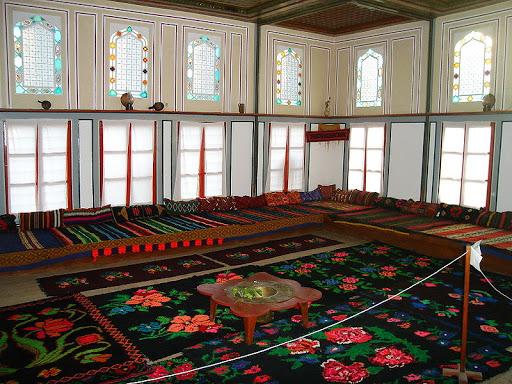 It is a curious fact that in each room of the house there is one hiding place (concealment) cleverly disguised as the door of some dollop or wardrobe.

In one of the rooms, which the Kordopulovs used mainly for negotiation, there is a similar concealment, in which a person entrusted to the masters entered before the negotiations began. His task was to listen to the negotiations and give an opinion on whether the deal would be successful or not. If he thought the negotiations were going well, he signaled to the merchant who invited his guest to the drawing room where they signed the papers.

In addition to eavesdropping on negotiations, the secrets were also used as hiding places for some of the prominent fighters for the country’s liberation. One of the prominent Bulgarians most often staying at the Kordopulov House is Yane Sandanski.

The sad story of the end of the Kordopulovi family

The last of the famed Melnik family of wine producers and traders for whom the house was home is Manol Kordopulov. He was a very intelligent man who received the best possible education in France and returned to Melnik, where he modernized the technology of wine production.

In addition to being a man of modern thinking and with a very good sense of commerce, Manol was also a patriot who provided shelter for freedom fighters like Jane Sandanski. Because of his activities, Manol Kordopulov was hanged by the Turks in 1912, and since he did not have time to start a family and children, this was the end of the Kordopulov family.

Before his death, Manol bequeathed the house to his faithful servants, whose heirs still keep the Cordopulovs’ heritage.

The Kordopulov house is nowadays turned into a museum and is the main attraction that many tourists visit every time they visit Melnik.

Wine is still being produced on the ground floor using old, 300-year-old technology, and the tunnels are filled with barrels of thick, red Melnik wine.

How to get to Kordopulov House?

The town is really small and you don’t have to look for someone to take you to the house. It rises to the highest point and as soon as you enter Melnik you will see it in the distance. Follow the signs and you will reach the house only after 10 – 15 minutes climb up the narrow, cobbled mill streets. 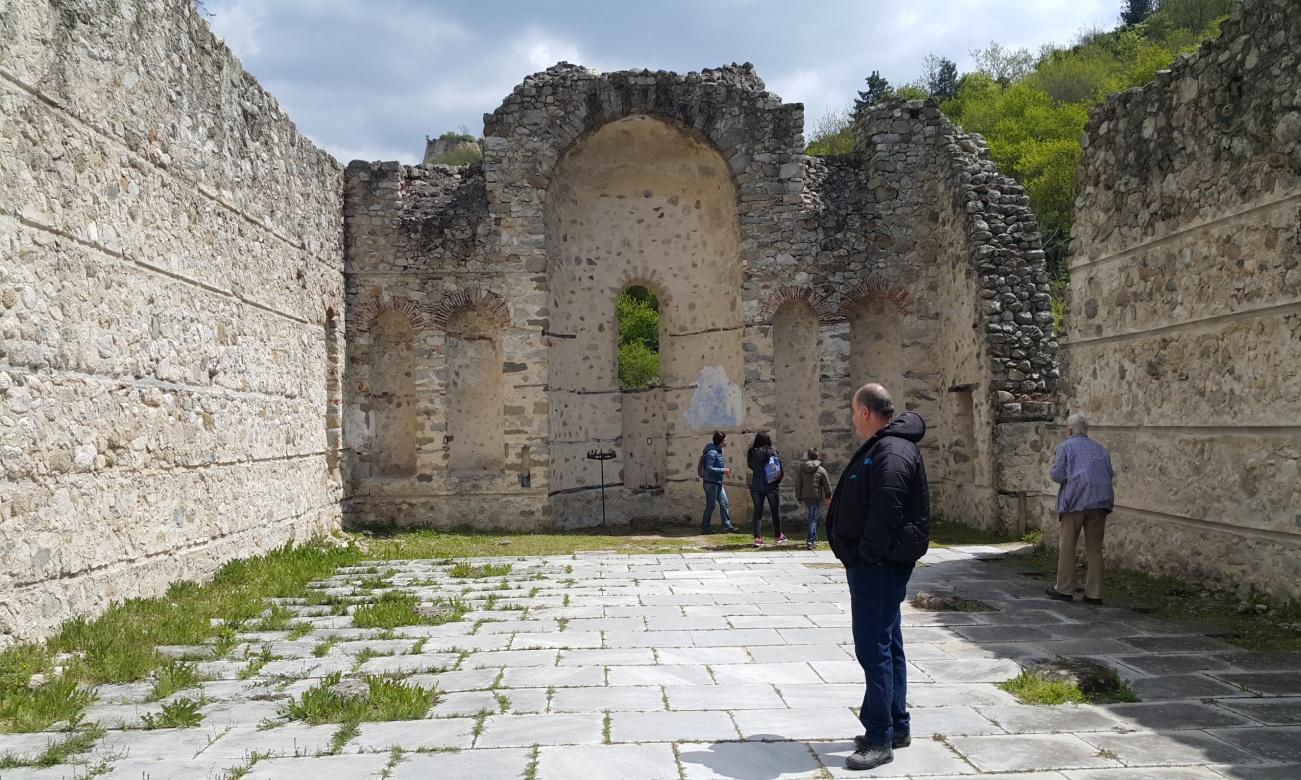 The entrance fee is BGN 3.50. If you want a talk, its price is BGN 5. In addition to the main ticket, tasting packages are offered for prices ranging from BGN 13 to BGN 15.