Bulgarian lands are rich in history and imbued with many unknown mysteries. Hundreds of fortresses and settlements with military equipment have been discovered on our territory. Unfortunately, few of them have withstood the power of nature and time and survived.

One of the many fortresses is Momina Kula Fortress – mysterious place with many unknowns, located in one of the most beautiful regions of Bulgaria. 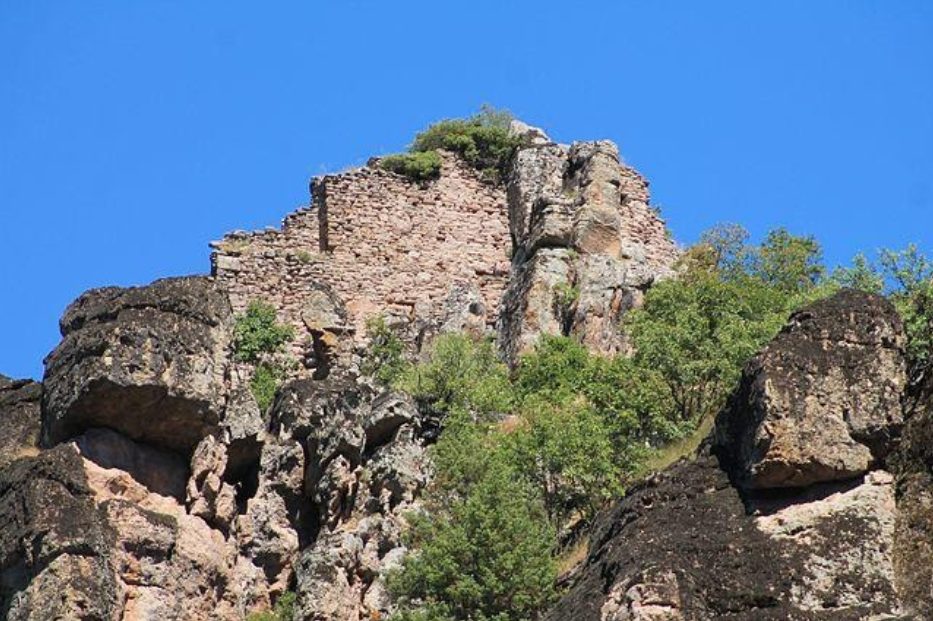 Momina Kula Fortress is located in the Pirin Mountains , in one of the most the narrowest parts of the gorge Momina Klisura, along the valley of the river Mesta. The gorge connects the Razlog and Gotse Delchev valleys.

To the southeast of the fortress is the village of Bukovo and Gotse Delchev, a if we start walking to the northwest, we will reach Dobrinishte, Bansko and Razlog.

It is assumed that the fortress was built between the II-III century and was abandoned for many years until its restoration in the twelfth century.

Momina Kula Fortress is not big. It has an area of ​​about 500 to 600 square meters , and is believed to have been strategically performed surveillance and protection functions to defend the road leading to other territories. The fortress also served as a refuge for the inhabitants of nearby villages.

The best preserved is the battle tower on the east side with a height of about 6 meters . The protective wall to the west is 8 meters high, where the only entrance to the Momina Kula fortress was located.

At the moment there is not enough historical information about the purpose of the fortress, who built it and when , but there are several different things in it that can lead us to assumptions.

The objects and remains found include household pottery from the periods between the V-VII and XII-XIV centuries, iron arrowheads and 7 gold coins from the time of the Comnenus dynasty (Byzantine emperors). The coins were discovered by treasure hunters in the middle of the last century.

Deep below the fortress back in time there was a prehistoric settlement. This statement is caused by the fact that under the fortress Momina Kula was discovered a natural cave with several entrances to halls and galleries, in which found remains. Unfortunately, the cave is currently inaccessible because its entrances are walled up.

Myths and legends are an important part of the history of any place. They usually come from the local population and ignite the interest of tourists . While most of them are based on folklore, others combine real historical elements.

There are several different legends about how the fortress Momina Kula originated and its name. However, they are all based on a story about a strong female figure, her will and courage.

The most famous of the legends is that Tsar Ivan Shishman proposed to Turkish Sultan Murad I to take his sister Kera Tamara (Mara), hoping that the newly established family relations would protect its territories from invasions by Ottoman soldiers.

However, Mara refused to change her religion and the sultan sent her into exile in the same area where the fortress is located. Legend has it that the fortress was built by Mara during the years she spent there.

According to another legend, the name of the fortress Momina Kula comes from the story of a beautiful, rebellious girl who jumped from her top to escape the hands of a Turkish ruler who wanted her for a wife.

A third legend says that the fortress was built by King Marko’s sister . She was a giant woman and so strong that she carried the stones to build the fortress from the nearby Pirin peak.

In the area between Bansko and Momina Kula Fortress there are a number of beautiful places, which are worth paying attention to if the weather allows. They range from natural landmarks, such as waterfalls and rock formations, to historical and religious tourist sites, such as monasteries and contemporary villages.

Some of them include:

You can see the Momina Klisura gorge from the road you travel from Bansko to Momina Kula fortress. Right next to the fortress, the gorge is especially picturesque, offering many different rock formations. There the river Mesta is located between the steep cliffs of Pirin Mountain, on one side, and the Rhodopes , on the other side.

How to get from Lucky Bansko Hotel?

If you have decided to visit the interesting fortress Momina Kula, getting there from Lucky Bansko Hotel is very quick and easy.

From the hotel you can drive to the main road which leads to Dobrinishte. After passing Dobrinishte you will reach a fork, where you have to turn right to climb the road, which is built parallel to the river Mesta and offers amazing views.

After passing the village of Mesta you can look around the fortress, which is easily visible from the main road . Just below the Momina Kula fortress there is an extension of the road, which allows free parking.

From where you park your car, you need to find the narrow path that goes up to the fortress. Walking up is about a 30 minute walk.

The walk up the path is very pleasant, and the fortress is a wonderful destination for a day walk near Bansko.