Once again you have decided to rest in Bansko because it is one of your favorite places to relax. You like the nature that surrounds the town, admire its many sights, adore its traditions and cuisine.

Therefore, you cannot wait for the day when you will stay again at your favorite hotel in Bansko . The only thing that bothers you is that you have explored most of the sights in the city and the surrounding area and it is hard to find a place to stroll.

And have you ever visited the Obidim monastery of St. Panteleimon?

Saint Panteleimon, or as the local Obidim Monastery calls it , is about 4 km away. from Obidim village and about 6 km. close to Bansko Dobrinishte . 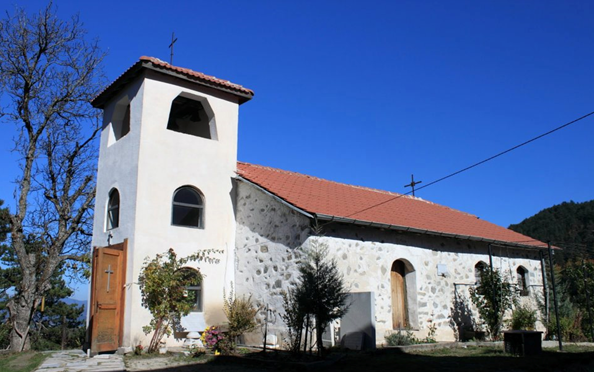 Obidim Monastery of St. Panteleimon is not an ancient monastery . It was built in the early 20th century , but its history is incredible and begins with a dream…

In 1908, Dimitar Vishov (Klecherov) , a native of Obidim village, had a prophetic dream. In his dream, he was “told” that he would have to go a few kilometers outside the village, find a tree and dig under it. So he did. The very next day he went to search the tree from his sleep and after finding it he started digging around his roots.

The dream turned out to be truly prophetic, as after just a few blows from the pickaxe Dimitar found a candlestick, an iron cross and an icon of the Holy Virgin hidden in the roots of the tree. As soon as he showed the church attributes he found and told his neighbors how he had found them, they decided that there was probably an old church in this place and it was appropriate to build a new one in the same place.

However, the times were tough, cashless and the construction of the monastery was very slow.

To finish the construction of the monastery, Dimitar Klecherov and priest Blagoi Dokuzov went to the Holy Mountain to pray for donations. Their mission was successful and in 1910 they decided to return to Obidim.

However, before heading home, they went to the Holy Mountain Martyr Pantaleimon at the Mount Athos Russian Monastery, where several monks were about to finish painting a copy of the iconic icon of the Virgin – Worthy Est.The monks had to draw lots to see which monastery the icon was heading to.

And since our heroes shared that a little monastery was being built near their village, the monks included him in the lot. The monks drew a draw three times and each time the icon fell on the Obidim monastery. Thus, even before it was completely completed, the Obidim monastery of St. Panteleimon has acquired a very valuable icon.

The construction of the monastery began in 1908 and continued until 1914. A small church and a modest room were erected there, which was intended for the priest of the holy cloister.

The first donor was the discoverer of church attributes – Dimitar Klecherov . Thereafter, a number of local people took care of the holy cloister, but since they were all old, none of them could do much about the monastery.

The position of the holy cloister improved when Georgi Ivanov Tsvetinchev was appointed as his donor. A young man, a lawyer by education, Tsvetinchev not only improved the conditions of the monastery, but also managed to build two more premises and promote the monastery in the region.

The monastery was consecrated in 1953 by Metropolitan Pimen of Nevrocop. 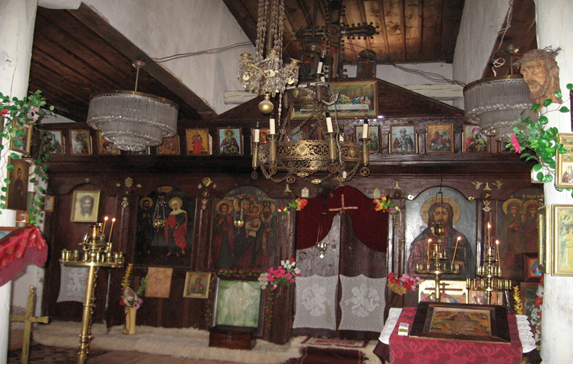 How to get to the monastery?

Interestingly, although the holy cloister is called Obidimski Monastery, it cannot be reached from the village of Obidim . Therefore, if you decide to visit it, you must do so through Dobrinishte.

Once you leave your hotel in Bansko head to Dobrinishte. From there, take the direction of Godless. Drive carefully as soon as you see the chapel “St. St. Kozma and Damyan ” , park near it and get ready for the walk to Obidim Monastery of St. Panteleimon.

In the immediate vicinity of the chapel, there is a small path to follow. The distance to the monastery is about 4 km . and if you walk at an average pace for about an hour and you’ll be there for a little while. The load is not great, the displacement is about 295 m . and after going through the few small ascents just at the beginning of the trail, the path is straight and very enjoyable.

Just follow the path and in an hour you will reach your final destination. The monastery is active, female and as soon as you close its heavy gates, the nuns will greet you with an open heart, take you everywhere, and will happily tell you more interesting things from his history.

For many years after the monastery was built there was no water . In the summer, the nuns walked to the nearby river for water, and in winter they dug snow, which they melted to drink and cook. Living in a holy abode without water was very difficult and the nuns prayed daily to the Lord to help them. The miracle did not happen for many years, until in February 1963 the monk Georgi appeared to him as a monk who in the winter of 1963 told him to go after him to pour water.

Grandpa George called his mother Dominic and they both went out to see where the monk would take them. They were both afraid, but followed the trail left by the monk’s race, and thus reached a place that was lit by a strange light. In the midst of the shining light stood the Virgin, holding in her one hand the Baby, and water flowing from her other hand. The next day, Grandpa Georgi dug around the place and from there the healing water came out.

Whether the story is true or not, we are not hired to say, but the truth is that water has been gushing from the holy shit to this day, and according to the research that has been carried out over the years about the qualities of water, it really has healing properties. 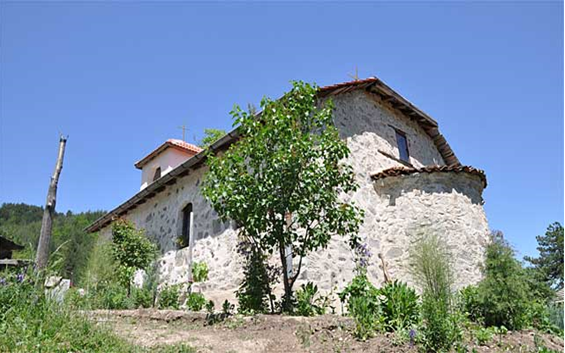 Sightseeing that you can visit

The town is extremely pleasant and even if you have already visited it, you will not lose anything if you do it again. Take a stroll through its narrow, picturesque streets, try delicious food and immerse yourself in its mineral pools .

One of the most visited by guests of Bansko and Dobrinishte is Bezbog chalet. You can reach it by taking your car from Dobrinishte to Gotse Delchev hut. When you get there, you should leave your car in the parking lot and get on the lift that will take you directly to Bezbog Chalet.

The chalet is popular because it offers wonderful views of the countryside , the food used by the chalets is delicious, and the walking spots near it are quite. While upstairs you can walk to the nearby lake or take a little longer walk to Popovo Lake.

The nameless city is an entire medieval complex, the remains of which are spread over more than 25 acres. The city has not yet been fully disclosed, but what you can see is by no means small.

Partially preserved fortress walls, remains of homes, temples, a Thracian sanctuary and one of the most amazing finds discovered in the country are waiting for you – 28 graves of people of extraordinary size for the time they lived. 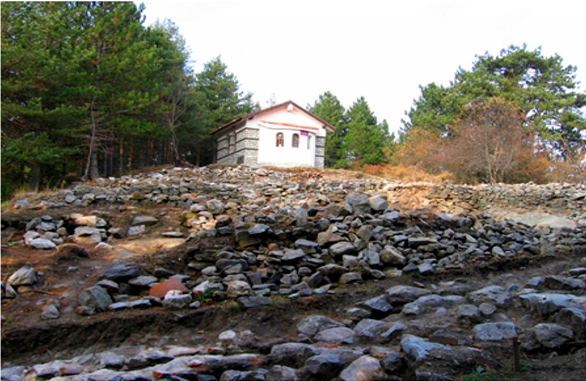 The complex is located in the area of “St. Nicholas” and in addition to viewing the remains of the city you can enter, view and light a candle for health in the chapel “St. Nicholas”, which rises in the territory of the archaeological site.

The archeological complex is located about 4 km. from Bansko and if you have not visited before, we strongly recommend that you do so.