Tourism as an organized economic activity in Bansko began to develop purposefully from 1979 on. Today the town is a modern international resort with conditions for holidays and entertainment during all seasons. Thus tourists from all over the world come in Bansko, their number reaching 500,000 people annually. 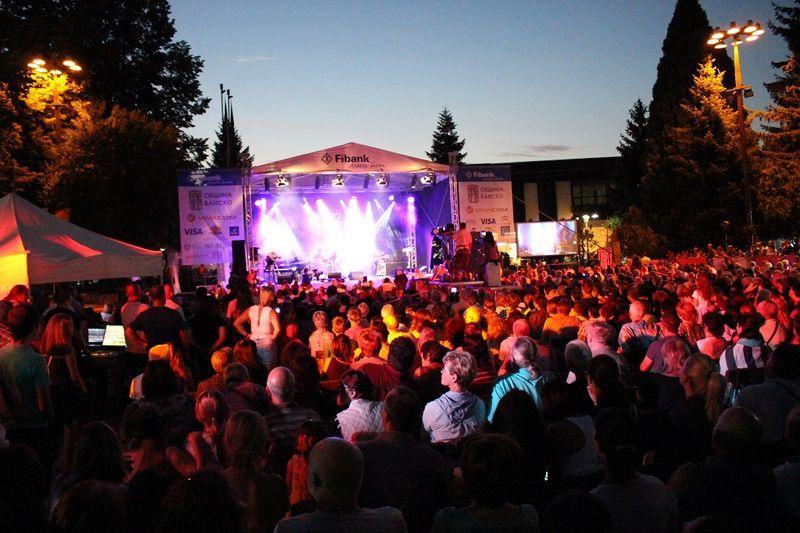 A big part of them comes to get close to the rich thousand-year old history of which evidence has been found here ever since the time of the Thracians and also before them.

In short, museums in Bansko and the region are among the attractions that a tourist should visit by all means. The choice is in fact very abundant and corresponds to all kinds of interests; the cultural monuments in the area are about 150 – of local and national significance and under the protection of UNESCO as a world heritage. The resort itself can be called a town-museum. Museums in Bansko are compactly located in a big complex not far from the luxury Aparthotel Lucky Bansko.

All of this can be combined with some of the numerous international festivals, competitions, thematic days – jazz, opera, ballet, ethno, pop, etc., which are celebrated consecutively throughout the year.

Not only the museums in Bansko are the reason for the town to be called a town-museum. The architecture itself here is a very interesting combination of Antiquity and Modernity. For decades, the construction of buildings and infrastructure in the new part of the town has been consistent with international tourism –both creating conditions and an appealing look. 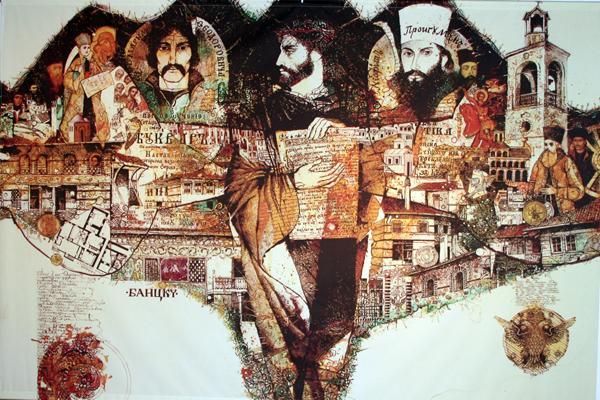 The most up-to-date trends with various architectural and design solutions for shapes, colors, combinations are followed. They themselves are attractive and interesting to look at.

The old part is a point blank architectural reserve of great historic and ethnographic value. More than a century old houses speak about the Bulgarian Renaissance period.

The Bansko region has always been a rich area with its agriculture, stock-breeding and handicrafts. During the Bulgarian Renaissance, however, the Bansko people got significantly wealthy. They traded not only on the Aegean coast but also with Western Europe.

Many of them opened offices in big European cities, their children studied there and developed the business. Even three local men from Bansko (brothers Germanovi) founded a bank and gave credits even to governments.

But this wealth also attracted numerous gangs. They not only attacked caravans but also entered the town. And Bulgaria was still under slavery and times were insecure for the Bulgarians.

This affected the construction during this time. For the people of Bansko family and home were the center of life and they did everything to protect them.

The streets were left narrow so that many horsemen could not enter at the same time. The walls of the houses were like fortress walls – made of stone, up to two meters thick, the heavy gates were mounted, the windows had solid bars, there were also hiding-places. The connection between the rooms was made of complexly intertwined corridors.

People lived on the upper floor, there was a “female room”, a guest room, a living room for the family, etc. Downstairs were the workshops or premises for agricultural produce and inventory.

In this way today the old houses of Bansko are “photographs” full of details of the live of the people of Bansko in the past.

The museums in Bansko – a necklace of pearls

Each of the museums in Bansko has its own importance and contribution; it stands like a pearl in a necklace that cannot be seen in any other place.

Some tell about personalities that have remained prominent in the history of Bulgaria; others are related to the Christian faith that has helped the centuries-old survival of the people of Bansko during dramatic and tragic times; others show unique art or have collected historic antiques and antiquities, etc. 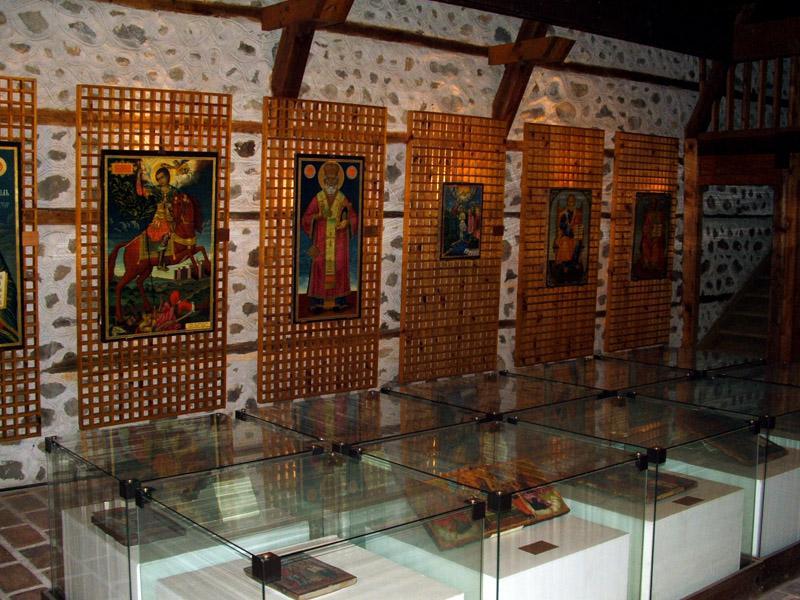 From the museums in Bansko related to men of note the most popular are the names of Paissiy Hilendarski, Neofit Rilski and Nikola Vaptsarov.

In the house of Neofit Rilski there are exhibitions from his personal library, as well as his enlightener’s works for the education of the still enslaved Bulgarians. In the museum of Vaptsarov – also in his native house with rebuilding, modern multimedia is used to present his life and work.

The museums in Bansko have however preserved the life and work of more historically important people. Here is, for example, is the native house of Molera (Thomas Vishanov), who laid the foundations of the iconography and mural painting of the Art School of Bansko.

The churches Holy Trinity which is in the center of Bansko and Dormition of the Mother of God, are monuments of culture of national importance.

Holy Trinity impresses not only with its size (long after its construction the church was the biggest on the Balkans) but also with its rich and beautiful decorations.

Here the tourists learn about the dramatic events during its construction between the years1833 and 1835 in order to get to its consecrating two years after. Dormition of the Mother of God dates from the middle of 18th century and has a unique fretwork iconostasis. With its mural paintings the church in Dobarsko (about 20 km from Bansko) is under the protection of UNESCO.

The Radonova house, the home of arts and the Art School of Bansko

Among the museums in Bansko there are three exhibitions which show periods of the history of the region and its contribution to the national culture.

The Radonova house which dates from the beginning of the 19th century and was built in the style of local traditions has gathered archeological findings, an ethnographic exhibition and objects of life from the daily grind of former times.

The archeological materials, photographs and artifacts span over the period of from the origins of the town until 1912 when the Liberation happened.

The House of arts is related to the museum of Vaptsarov but it’s also an independent complex of exhibitions, performances, artistic and scientific forums. One of the permanent exhibitions is for Bansko as a literary center; photographs, documents, manuscripts, books are displayed. Of course an important place is given here to Paissiy Hilendarski and Neofit Rilski.

The pictorial school created and developed by the original master craftsmen is shown in the building of a former convent dating back to 1749. The exhibition includes original icons, copies of mural paintings and church attributes.

The experts are categorical that the Bansko school, which consists of woodcarving and painting is a contribution to the development of the church painting in the country with its stylistics, although there were ambiguous creative searches, and the works are among the best in the Bulgarian national art.

It is original, free from external influences and develops as a characteristic Renaissance phenomenon. For more than a century masters from the school have painted thousands of icons in churches and monasteries and made unique iconostasis.

The iconostasis Holy Trinity and Dormition of the mother of God in Bansko were created by the hands of masters of this school. Their works are present even in the central church in the Rila monastery, in the Mount Athos monasteries and other emblematic for the Church places.

Bansko – unique traditions and crafts that tourists can see

Bansko has preserved authentic traditions and ancient artistic crafts that provoke the high interest of tourists from Bulgaria and abroad.

Therefore, they are a special touch in the programs offered to the guests. Every year in May, in the old part of the town special thematic festivals are held which show the traditions of Bansko – folklore, rituals, local traditional cuisine, etc. 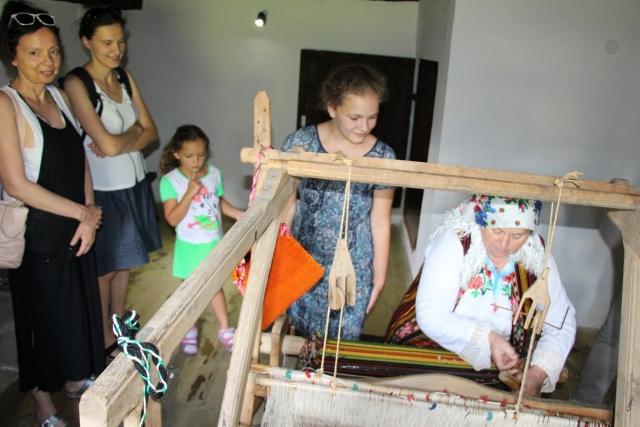 Tourists can not only watch the work of the masters live (woodcarving, weaving and many others) but also to join the demonstrations, try “how it works” and even create something. Due to the high interest, short educational courses are offered for some of the arts.

The Bansko picnic is also very popular. It is organized in picturesque areas of the town reachable by horse carts. In front of the guests a whole spectacle is given – traditional folklore songs, dances and songs, customs, sketches about everyday Bansko people, local humor.

Lunch amidst nature includes Bansko specialties – jerked meat, sausages, dishes and homemade wine and rakiya. There is also a picnic called Haidouk kidnapping in authentic old costumes and sketches from the haidouk life again with a rich folklore program.

It is also interesting to see the preserved large stiff wash tubs (valevitsi) for washing blankets, rugs and the like. In them, through a steep chute, water comes down and a strong stream is formed that “beats” the rugs as a spinning washing machine, because a whirlpool is formed.

This type of washing is requires a day or two but it is curious to see the ingenuity of the Bansko people in the past.