A unique historical symbol of Bansko

Besides being an attractive center for all fans of ski sports and mountain entertainment, Bansko has a rich historical background and has a lot to offer to those interested in Bulgarian history. In Bansko is the home of an extremely talented Bulgarian poet who has given his life in a fight for peace – Nikola Yonkov Vaptsarov. The Vaptsarov House-Museumin Bansko is one of the most visited destinations in the region. 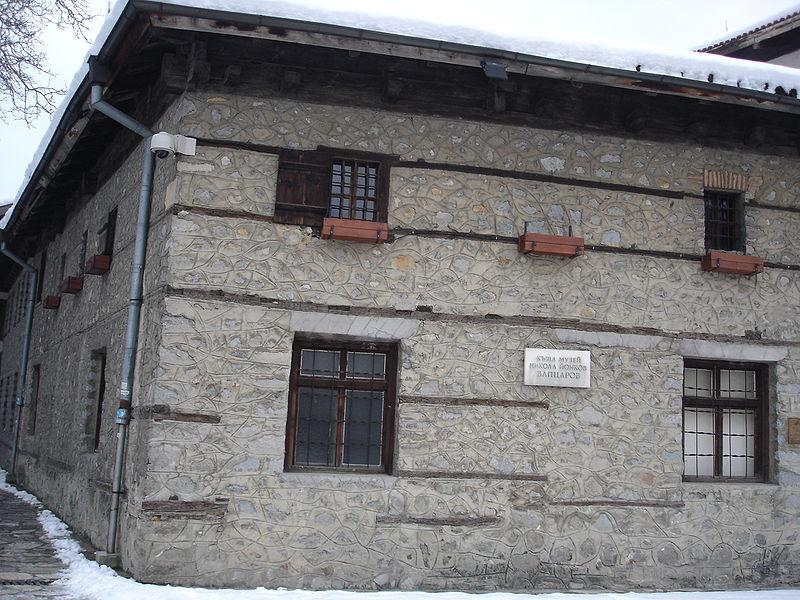 The Nikola Vaptsarov House-Museum is one of the first museums in the Pirin regionand respectively one of the oldest ones. The museum is built in the house in which one of the most brilliant and popular Bulgarian poets of the XX century, Nikola Vaptsarov, lived with his familyafter 1912.It is namely in this house that the poet creates some of his most popular poems. Part of it is occupied by exhibition and lecture halls, and the other part is residential.

The house-museum has become one of the unique symbols of this beautiful mountain town, which is also the home town of many notable Bulgarians such as Neofit Rilski and Paisiy Hilendarski. For more than 60 years the house-museum Nikola Vaptsarov has kept the spirit of the poet alive in the hearts of the people.

Every year people from all over Bulgaria and from abroad learn about the life of their beloved sonof Bansko, feel the authentic atmosphere of his home and touch a piece of his poetic genius. And every Bulgarian must certainly visit the home of this great Bulgarian poet.

What is the history of the house of Nikola Vaptsarov?

After the house-museum opened doors as a museum in 1952, giving the start to museum work in the region of Bansko. So, it becomes one of the oldest museums in the Pirin Mountain region. The museum presents an ethnographic collection of personal belongings, photographs, stories, memories related to the life of Nikola Vaptsarov (1909 – 1942), who is characterized by being an antifascist poet. 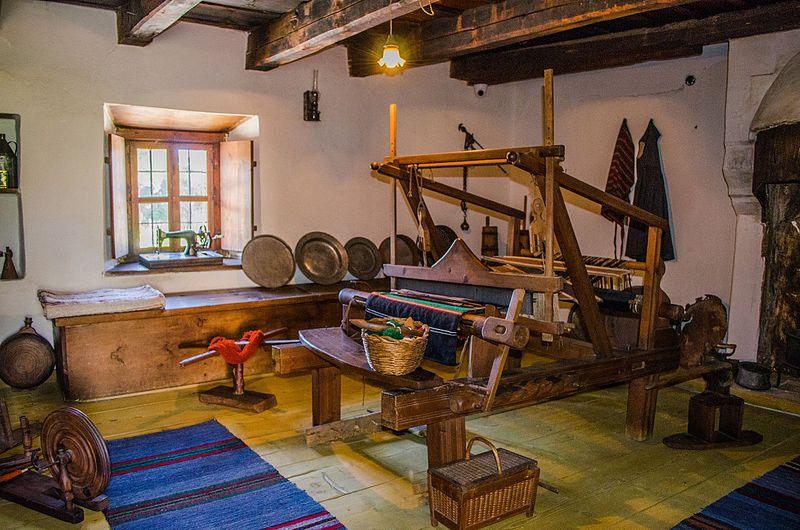 Thematically related exposures that image represents different periods in the life of the writer are presented.His remarkable work gives him an honorable place among the most famous Bulgarian poets of the XX century. The expositions presented at the museum present an ethnographic collection about the life of the poet and cover the entire period of his childhood until his death, and at the wish of his mother Elena Vaptsarova the authentic home environment has been restored with the utmost precision as it was during his childhood.

The whole reconstruction of the house is done thanks to the mother, sister and brother of the talented poet. And his sister Raina was among the first tour guides in the exposition.  The room where his mother Elena Vaptsarova worked, as well as the living room and the guest room were also presented. In the living room you can see the original cradle where Nicola Vaptsarov slept as a baby.

The idea behind this project belongs to the director Valo Radev, who is a famous classic in Bulgarian cinema, and leading experts in the field are devoted to the realization of the project. They introduce unconventional methods of presenting information to a memorial museum, modern techniques for sound and light, which help the visitor to transfer to the past and get to know better this great person of the Bulgarian poetry.

In the period 2008-2009, the house-museum again underwent major repairs and the restoration of the fully residential part. A detailed plan for a new museum exhibition has also been prepared.

The name of the house has an interesting story. The Vaptsarov family is called so because before the new family settled in, the house was used as a paint shop (vaptsarnitsa). The locals called it the Vaptsar house (the painter house), and so after time the name Vaptsarovi began to be used for its inhabitants – the family of the talented poet.

The House-Museum “Nikola Vaptsarov”opens its doors as a museum on the occasion of the awarding of Nikola Vaptsarov with the International Peace Prize who in his 32 years of life has left his significant trace not only in Bulgarian literature, but also in history.

Nikola Vaptsarov was a collaborator of the illegitimate at the time Bulgarian Communist Party and a downright anti-fascist. In 1942, the poet was arrested and sentenced to death under the State Protection Act for organizing subversive activities against the established state order during a war.

What can be seen at the house-museum?

The house-museum consists of three functional parts. All exhibits of the museum exposition are located on two floors. There are a number of original official documents, such as the Vaptsarov baptismal certificate, a notebook of Nikola Vaptsarov, donated by his mother, certificates of education. 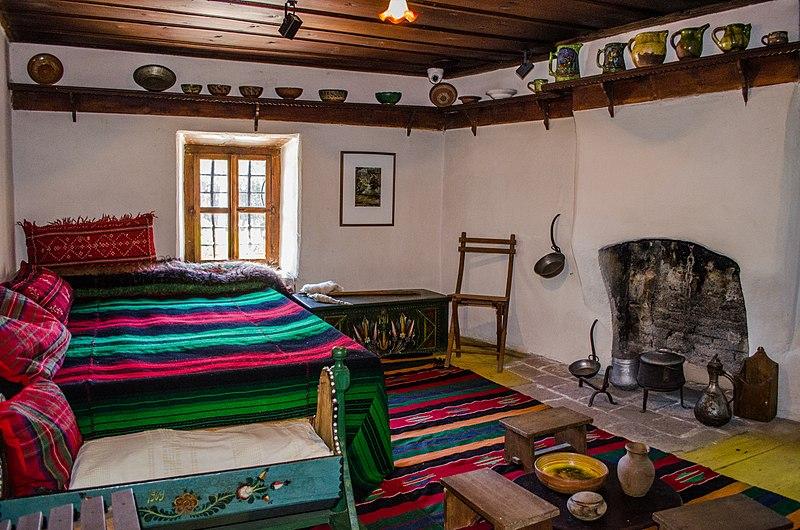 On the walls, there are presented excerpts from the poetry of Vaptsarov, as well as various notebooks and personal belongings of the poet. There is also a personal stamp of another famous Bulgarian poet – Peyo Yavorov,and an old commercial notebook.

Films in different languages about the life and activities of the poet are projected on the first floor of the museum: in English, German, Russian and French about Vaptsarov. The personal story of the mother of Vaptsarov– Elena, is presented, andvisitors can hear the recording of one of his favorite songs in the form of a cappella performance by a Bulgarian male choir. The song awakens strong feelings in anyone who hears it.

Thus, with the help of a selected number of films collected in a video program, museum visitors have the wonderful opportunity to get to know the real life of the poet closely. In the video room, which is located in two rooms, all visitors of the museum can see the poet’s family treeas well as the trees of other families of Banskowhich is presented on a special wall panel.

This family tree is presented in an original way. On one of the walls there is a collage of preserved black and white photographs presenting different events of the poet’s and his family’s life.

Below its branches are the names of many patriotic Bulgarians born inBansko. They participated in the national liberation fights for which the region of Bansko is also famous. Among them there are distinguished teachers, enlighteners, artists, builders, masters – all who have helped to some extent so that Bansko can shape its spiritual appearance during the period of the Bulgarian revival during which Bansko is also experiencing its Golden Age.

It is also possible to see the first publications of his poems, which were later collected in a separate volume of poetry, as well as copies of the original manuscripts of the poet. Also, personal belongings such as Nikola Vaptsarov’s suit, as well as the shirt worn by him during the shooting, are kept in a glass-case. The House-Museum Fund preserves a total of about 3,000 exhibits.

The second floor was in that part of the house which was mostly inhabited. In the two small halls located on the upper floor, the life of Nikola Vaptsarov after he started his studies at the Marine Mechanical School in Varna is traced. A rich documentary and pictorial material is presented, including the only Vaptsarov poetry book, translated into various languages – Motor Songs – published when the poet was alive.

Thanks to the museum, the volume of poetry will remain forever alive in Bulgarian memory. This exposition also includes the honorary award from the World Peace Council which the poet received posthumously in 1952 and was selected from dozens of nominees from different countries. At the World Peace Council congresses in Pari sand Prague in 1949, international peace awards were established to serveonly devoted fighters for peace during the Second World War.

Vaptsarov received his posthumous prize at the Second Congress of Peace in Warsaw one year later in December 1953. The prize and his medal were handed over to the mother of the poet Elena Vaptsarova after a preliminary preparation.

The name of this great Bulgarian poet fully deserves a world fame. The house-museum of Nikola Vaptsarovwas declared a historical monument of culture of national importance in issue 18 of the State Gazette from 1973. It is also one of the 100 national tourist sites. And in 2009 UNESCO declared Nikola Vaptsarov as personality of the year. One year later, in December 1953

The poet Peyo Yavorov, a close friend of his father and a prominent participant in the national liberation fights, contributed significantly to the construction of Nikola Vaptsarov as a personality. Yavorov is the most favorite poet of Nikola Vaptsarov. Yavor’s style can be seen in the early works of Vaptsarov.

What traditions are related to the house-museum Nikola Vaptsarov?

In connection with the anniversary celebrations of the great poet, various literary evenings, readings and film screenings are organized.

The Nikola Vaptsarov House Museum is located in the center of Bansko, in the Old Town. You will find it on ul. Nikola Vaptsarov 3, right on the main square, near the building of the municipality and next to the monument of the famous Bulgarian poet. The entry fee is 3 BGN and for students and pensioners it is 1 BGN. The opening hours of the museum are 8:30 AM – 1:00 PM and 2:00 PM – 6:00 PM.