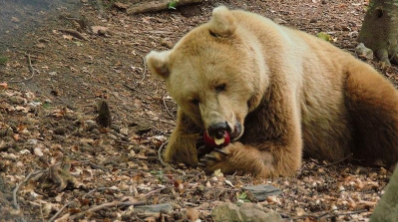 If you love nature and animals, then you will certainly be interested to visit the municipality of Belitsa. It is an attractive place for tourists due to its wealth of beautiful places and natural attractions. 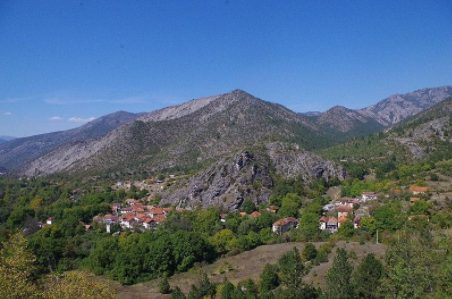 Belitsa has a rich history and folklore due to the fact that this place has been inhabited since ancient times. Also, the region of Belitsa has a natural diversity. It offers conditions for the development of eco, rural and traditional tourism.

If you decide to get to know Belitsa, you have the opportunity to see various cultural monuments such as the remains of a Thracian settlement, churches, shrines, consecrated places, as well as the Historical Museum of Belitsa. 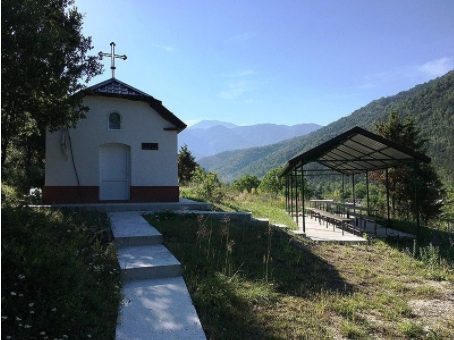 One of the ethnographic landmarks of Belitsa are the „valyavitsa“, which are still used by the inhabitants of the town for washing blankets and carpets. With its area of 293.5 sq. Km, Belitsa municipality is one of the smallest municipalities in Bulgaria. Its population is 11,400.

Belitsa Municipality consists of a total of 12 settlements – 1 town and 11 villages, of which 8 are located in the high parts of the Rhodopes. Neighboring municipalities of Belitsa are Razlog, Bansko, Velingrad, Samokov, Yakoruda. It is characterized by mountainous and semi-mountainous relief and the northern part of the municipality is located in Rila National Park.

In 2006, under the PHARE program in the region of Belitsa, 6 eco-trails were marked as part of the project “Belitsa – the green tale of the magical mountains and the dancing bear”. 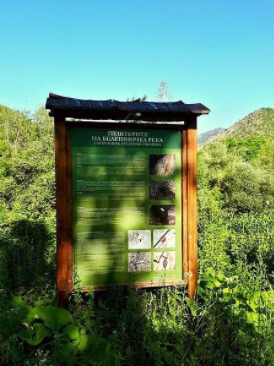 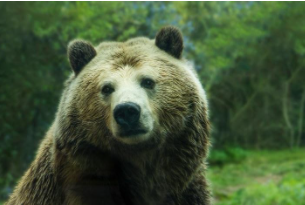 Belitsa Dancing Bear Park is located 170-180 km from Sofia, 84 km from Blagoevgrad and 125 km from Plovdiv. It is one of the most famous landmarks of the municipality.

Belitsa Park is located 12 km. from the village of Belitsa in the area “Andrianov Chark”, which is one of the most beautiful places in South Rila. Its full name is “Dancing Bear Rehabilitation Park” and it was opened to visitors on November 17, 2000.

The territory of the park is located on 12 hectares above sea level from 1200 to 1345 m and is surrounded by deciduous and coniferous forests, vast meadows and hills. 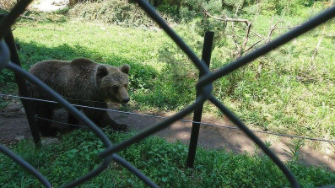 The park for dancing bears is divided into different sectors, which are interconnected by 11 passages. The team of park employees serves the park sectors through portals and doors. An electric shepherd has been built for the safety of visitors, bears and the park team.

What you will find in the park for dancing bears Belitsa

The surroundings of the park offer excellent opportunities for walking and relaxation for all tourists. There you can find specially created nooks for excursions, recreation, as well as a playground for children.

On the territory of the park there are lakes of different shapes and sizes for bathing and artificial dens, where the bears can sleep. Three of the dens are near the park’s medical center. 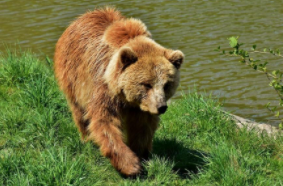 The process of building and designing the park involves world-renowned experts who have focused on studying the habits and behavior of the brown bear in the wild.

The main goal of the park is to offer the bears a protected environment with natural conditions as close as possible to the natural ones. In this way, bears can be helped to demonstrate their innate natural instincts, which they could not manifest during captivity.

Belitsa Dancing Bear Park plays an important role in Bulgarian ecotourism and is also included in the ecotourism development plans in Belitsa municipality. The park is part of three eco-trails – “The Lord of the Mountains”, “The Guardian of Life” and “Flying Flowers”. 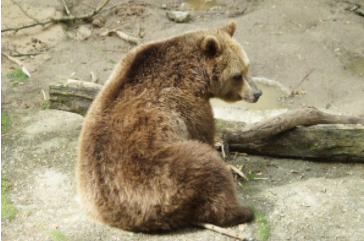 The first bears released to live in the park in 2000 were Kalinka, Mariana and Stefan. They were joined in 2001 by Stanka, Bobby and Gosho.

Shortly afterwards, the second part of the park was opened and so the total number of registered dancing bears in Bulgaria became 25. They were then joined by 3 more from Serbia.

Belitsa Park consists of two parts and has two information centers. One is located near sectors 5, 6 and 7. Their total area is 1.2 hectares.

The second information center is located in the second part of the park. The two parts of the park are connected by a safe bridge with a length of 30 m, from where the bears can pass. The park for dancing bears offers its visitors guided tours. 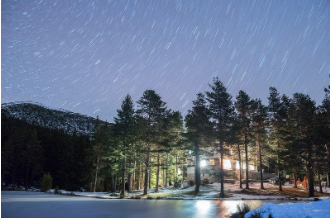 Semkovo Mountain Resort is located 17 km from the town of Belitsa in southwestern Rila and is a center for winter and summer mountain tourism. In fact, Semkovo is one of the oldest winter resorts in Bulgaria and offers excellent infrastructure for beginner skiers.

It is located at 1600 m above sea level and is surrounded by spruce and pine forests. To the north of the complex there are circus lake groups and the beautiful high peaks of Rila begin. 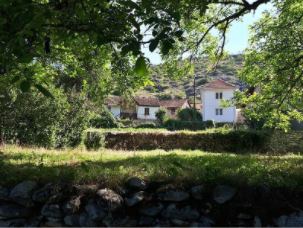 There are a variety of natural landmarks around the Semkovo resort and for this reason it together with the Semkovo hut are part of the eco-trails:

The resort can be reached by a picturesque mountain route, which passes by the Belichka River, the “Stenitsi” area and the “Kazanite” waterfall. The “Stenitsi” area is famous for its rock formations and the legend of Bela Itza. 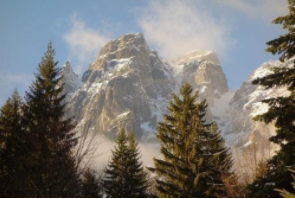 Another interesting place in the region of the mountain resort is the Panorama area, which offers beautiful views of the Rhodopes and Pirin.

Next to Semkovo is also Semkovo hut, which was built on the shores of a picturesque lake. The hut offers excellent conditions for camping and recreation, as well as a starting point for a number of tourist eco-routes.

If you go on the road from Semkovo resort to the Dancing Bear Park and continue on it, you can reach the Vasyovets area. Thence there is a beautiful view of the Pirin, the Rhodopes, the town of Belitsa and the river Votruchka.

The natural landmark Stankov Waterfall is located 12 km from the town of Belitsa and 2.5 km from the Belitsa Nature Park.

The waterfall is located along the Stankova River on the road to the resort complex “Semkovo”. It consists of two consecutive cascades with a height of 8 m.