Located in one of the most beautiful parts of Rila – the Rhodope Massif, surrounded by centuries-old forests, the town of Belitsa is one of the most cozy and fabulous places you can come across. And believe me, you won’t want to leave.

Haven’t you been to Belitsa before? We offer you a short virtual walk, after which, we are sure, you will want to get to know the town better.

The story of Belitsa in several fragments

The land of today’s town has been inhabited since ancient times. Prehistoric tribes, Celts, Thracians, Romans, Greeks, Slavs lived in these places. This is evidenced by the numerous archaeological monuments, including the early Neolithic settlement in the town of Raven, a sanctuary of the ancient Thracians in the area “Babyashka Chuka”, a Thracian mound in the area “Belishka Chuka” and many others.

Scattered settlements in the vicinity of today’s city existed long before our country fell under the Ottoman yoke. Located high in the mountains, the villages were far from the main roads, which gave them independence.

But the change in climatic conditions in the high parts of the mountain forced their population to go down and settle in two neighboring villages – Beliche and Balya and Beliche Izir.

The settlements were first mentioned in Turkish tax registers from 1576, where the number of sheep breeders in them is described. In the 17th century the two settlements merged and gave rise to the present town of Belitsa.

Bela Itza or the legend of Belitsa

There are many legends about the name of the city, but one of them is very popular with the locals. It tells the story of the self-sacrifice of a girl named Itza, whom everyone called Bela Itza because she was very beautiful. Itza was tall and slender, with large blue eyes, scarlet lips like a well-ripened pomegranate, and hair darker than the darkest night.

Once, while she was working in the fields, a Turkish soldier passed by her, who instantly fell in love with her and asked her for a wife. However, the proud Bulgarian refused him and her life turned into a nightmare. Wherever she went, the soldier was there.

To protect her honor and prevent him from marrying her, Bela Itza climbed a nearby high peak and plunged into the raging waters of the river that flowed below. In honor of the rebellious beauty, the city is named Belitsa.

Revival – a time for awakening and enlightenment

During the Revival, the town where Bulgarians – Mohammedans, Pomaks and Christians live together grew and became an economic, spiritual and educational center.

In the 18th century the town already had its cell school, where the children learned to read and write from the Athos hieromonk Evtimiy, and the patriotic people of Belitsa read and rewrote “A slavonic-bulgarian history”.

Despite many difficulties and in violation of the laws of the time, the Christian church was built the highest place in the city and its domes could be seen from everywhere. And on its highest dome was placed a clock imported from Vienna, which measured the time for all the people of the city.

Fight for freedom and independence

Longing for freedom, the people of Belitsa took part in the preparation of the April Uprising in this area. A revolutionary committee was formed in the town, and according to one of the legends, the local priest Danail fictitiously betrothed his daughter to Levski, so that there was a reason for the Apostle to visit his home, where he would gather with the conspirators.

For unknown reasons, despite the preparations, the city did not take part in the April Uprising, but volunteers from Belitsa joined the Russo-Turkish War and fought for the freedom of our country. The volunteers took part in the battles near Ruse, Svishtov, Sheynovo and Shipka and returned to their native place strewn with medals and awards.

After the end of the war and dissatisfied with the clauses of the Berlin Peace Treaty, according to which Macedonia remained outside the borders of the Principality of Bulgaria, the people of Belica continued the fight for freedom and independence.

People from the town took an active part in the Kresna-Razlog uprising and took part in the battles near Razlog, where many lost their lives and others were arrested and evicted from their homes.

The failure of the uprising did not break the spirit of the proud people of Belitsa and they were in the forefront of the Ilinden-Preobrazhensko uprising, which broke out in 1903. After its suppression and as punishment for taking part in it, the city was burned to the ground. More than 480 houses were burned in the flames, including the church of St. Ilia, and more than 220 men, children and women were killed.

Belitsa received its freedom only in 1913, when after the end of the Inter-Allied War it remained on the territory of Bulgaria.

Regardless of their religious affiliation, all residents of Belitsa live in harmony and understanding with each other. They celebrate all the holidays together, help each other in difficult moments and proudly call themselves Rhodopeans.

Although small in population and territory, the city has a highly developed eco, historical and cultural tourism and impresses with its many landmarks.

The landmarks of the town of Belitsa

Founded in 1885 and to this day the community center is one of the largest pillars of culture in the city. Its creators are volunteers who have returned from the Liberation War. Along with the honorary awards for their participation in the battles for the Liberation of Bulgaria, the brave volunteers brought with them Bulgarian and Russian books and thus set the beginning of the community center activity in the city.

Of course, the Turkish authorities did not like this and soon after the opening of the community center, it was closed. But the people of Belitsa preserved the books and in 1908 its activity was restored. From then until today, the community center is one of the most important institutions and an integral part of the life of the people of the town.

The museum collection was established in 1968 by local historian Stil Koshov. Initially it was housed in the community center, but in 1983 a modern building was built, in which it was moved.

The Belitsa Historical Museum is located on an area of over 500 square meters, and the exhibits are located in several halls.

If you decide to visit the city, take the time to see it – you will be very pleasantly surprised. Here you will find two halls “Archeology”, dedicated to the ancient past of the city, where you can see interesting archaeological sites discovered during excavations in the land of Belitsa.

You will be interested to see the “Horseman’s Sarcophagus”(a wooden Thracian sarcophagus, discovered during excavations in the area “Belichka Chuka” in 1995). Dating from the 5th century BC, the sarcophagus is unique and has no analogue not only in Bulgaria but also on the Balkan Peninsula.

Among the exhibits you will be impressed by other finds found in a Neolithic settlement in the area of Raven, artifacts from a Thracian sanctuary, found in the area “Babyashka Chuka” and others.

In the hall “Middle Ages” you will get acquainted with the history, way of life and culture of the city. Numerous exhibits such as documents and photographs await you, which trace the turbulent past of Belitsa from the Middle Ages to the participation of the people of the town in the Liberation War, Kresna – Razlog and Ilinden – Preobrazhensko uprising.

In the other halls you can see an ethnographic exhibition, telling about the way of life and traditions of the people of Belitsa, an art gallery and the permanent exhibition “The Christianization of the Bulgarians”. 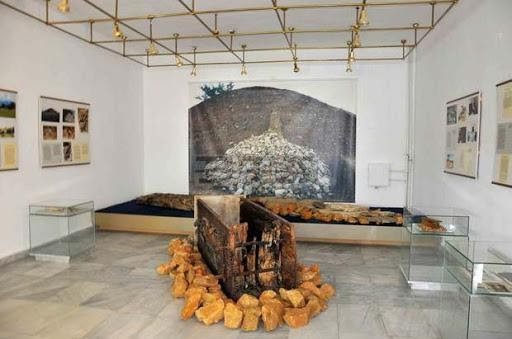 Valyavitsite is one of the biggest ethnographic attractions for tourists in the summer. Several such Valyavitsi operate in the town and surrounding villages, and locals continue to use them to wash carpets and blankets in them, just as generations before them did. If you visit Belitsa in the summer, be sure to take a walk to the Valyavitsi – you will be enchanted.

We’re sure you’ve heard of the Dancing Bear Park, which opened in 2000. The park is located only 12 km from Belitsa and one of the major landmarks and attractions near the town. Situated on an area of 12 hectares, the park houses all registered dancing bears in our country and several of their brethren from neighboring Serbia and Albania.

Located 17 km from Belitsa, the resort offers an exceptional variety of opportunities for ecotourism. From the resort there are many eco routes to various natural attractions. Here are two of the entrances to Rila National Park.

But Semkovo is not only for lovers of summer holidays, but also for all who like to relax in the mountains in winter. The resort has seven well-equipped ski slopes with a total length of 4 km. The slopes are of varying difficulty and are served by four ski lifts. 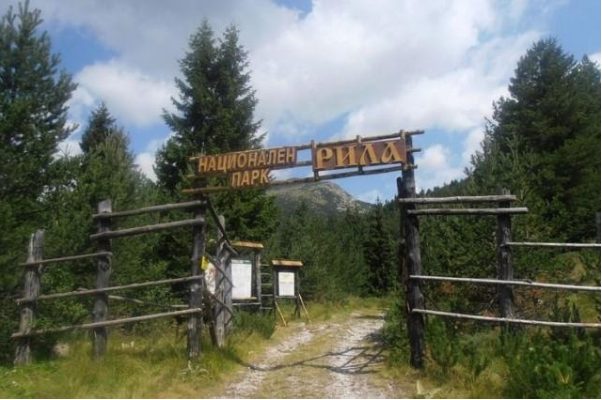 Among the sights of the town of Belitsa we cannot fail to mention:

Near the town there are four lake groups – Vapskite, Chernopolyanskite, Skalishkite lakes and Dry Lake, as well as the waterfall “Kazanite”.

Where is the town of Belitsa located?

As we mentioned at the beginning, the town is located in the heart of Rila – the Rhodope massif. The municipality is part of Blagoevgrad district and is 70 km away from the district town. The closest settlements to Belitsa are Kraishte, Gorno and Dolno Draglishte, Dagonovo, Bansko (20 km), Razlog(19 km), Dobrinishte and Dobarsko (15, 6 km).