Located in Southwestern Bulgaria, comfortably nestled in the skirts of Pirin mountain and in close proximity to Rhodope and Rila Mountains, every year Bansko attracts more and more tourists from all over the world.

You will say “Yes, it is the most popular winter resort in Bulgaria, it is logical for the tourists to come to the town when the snow falls, and the ski season is open”.

That is true… but only to some extent. Because the small mountain town can offer much more to its guests not just during the ski season but also when it’s over.

For the past 20 years, Bansko has become not only one of the most popular ski resorts in the world, but also a cultural centre where various festivals are organized all year round, each of them interesting, exciting and winning the hearts of both local and tourists.

Therefore, many of the people who choose to visit the city, do so not only for great skiing, good cuisine, the beauty of the mountain, well-developed hotels, but also for the festivals in Bansko. 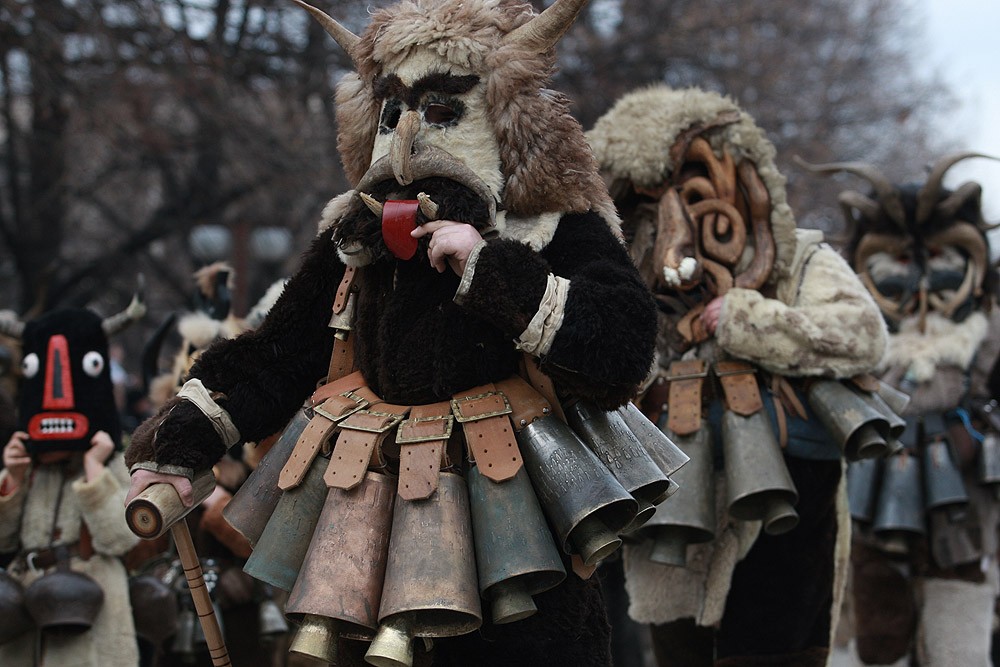 If you are in Bansko for the New Year’s Eve, then you will be interested to join the Kuker Procession that fills the streets of the city on the first day of the new year.

The Kuker Festival is held every year and gathers kuker groups from across Bulgaria in one place. The Kuker Procession is something that cannot be described, it is worth seeing. And that’s what most of the tourists who choose to celebrate New Year’s Eve at a hotel in Bansko – they simply extend their holiday to participate in one of the most spectacular processions related to the traditional Bulgarian folklore.

The magic of the kuker, the beauty of the costumes, the songs and the dances that conquer the city on the morning of the new year are worth seeing. And what is better than sending the old year and welcoming the new one by banishing the evil spirits and starting clean, participating in the Kuker Procession, even just as a spectator?

You’ve heard that theatrical art is thriving only in the capital and the big cities, haven’t you? Well, if you are in Bansko in the summer, you will see that this is not true at all. Because in July the town becomes the theatre stage of Bulgaria.

Within a few days, residents and guests of the town can enjoy the best theatre performances presented in the country and meet live with some of our most talented actors.

The summer theatre celebrations each year welcome fans of theatrical art from all over the country who want to immerse themselves in the magic of their favourite plays while on holiday in a luxury hotel in Bansko. If you are fond of the theatre and the mountain, wouldn’t you like a summer break right in the town that can offer you two of your favourite things in one?

There is no music fan who would miss Bansko Beat Music Experience, of that we are absolutely certain! The festival is held three years in a row and it looks like it’s going to become one of the biggest summer events in Bansko. For two days in the middle of July, the mountain town turns into a hot musical arena where world-famous musicians and popular performers perform.

Atmosphere during the festival is contagious, music conquers the hearts of everyone, and hotels and taverns are full to their maximum capacity. Do you love music? Then next year combine your holiday with a visit to Bansko Beat!

Cinemania under the Stars – July

Your summer break will not be complete unless you go see at least one movie under the stars, right? Well, here, the resort town will not disappoint you too, especially if you choose to relax in mid-July when the annual Summer Cinemania under the Stars Festival is held. Just imagine the romance of watching the latest documentaries under the stars and with a loved one. 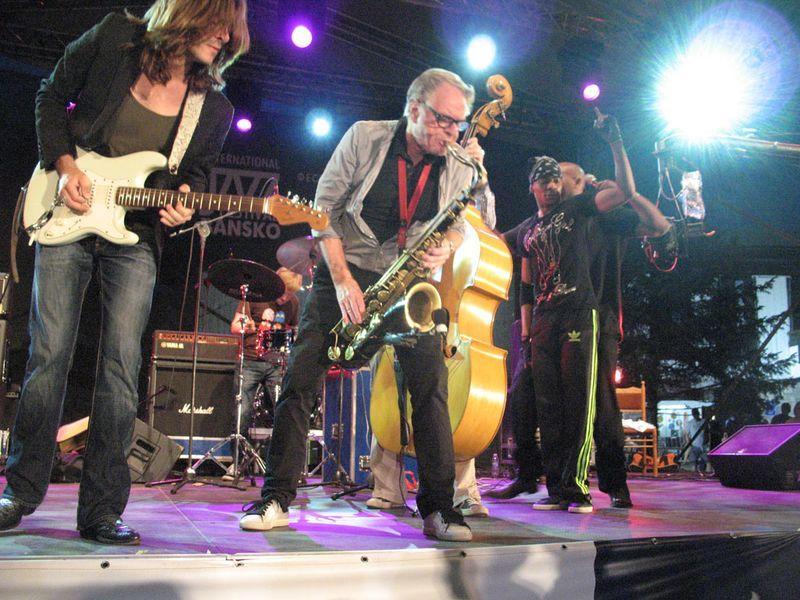 Even if you are not a jazz fan, you will have probably heard that the biggest International Jazz Festival not only in the country but also in the Balkans is held in Bansko.

The festival has a 20-year history and is one of the most important musical events in Bulgaria. Beginning as an invitation by a local doctor to several Bulgarian jazz performers to visit and perform a concert in the town, today the festival is one of the biggest attractions in Bansko and one of the reasons for the town and the hotels to overflow with jazz fans in August, when the international jazz event takes place.

We assume that even if you are not such a jazz fan, you will not refuse to listen to the performances of some of the most popular jazz performers on a world scale who come to Bansko specifically for the jazz festival.

Who would have guessed that the little mountain town would be able to host not only an international jazz festival but also an opera festival? Well, yes, but Bansko is succeeding! Every year at the end of August and the beginning of September, the town hosts an opera festival that brings together one of our most prominent opera stars on one scene. The festival takes place on an open stage and attracts admirers of opera art from around the world.

The International Folklore Festival “Pirin Peaks” is one of the biggest events taking place in September in Bansko. This festival brings together people of different nationalities, people raised in different values and traditions who come to the town to discover new friendship.

For all those who have chosen to relax in early September at a hotel in Bansko, it would be very interesting to combine their holiday with the sightseeing of the numerous sights in Bansko with a visit to the folklore festival “Bohemi” which takes place in the town at that time.

The festival is still new in the cultural calendar of the town but quickly gathers a fan base. If you are among the lucky ones to be in the town at that time, you will enjoy folk groups from the Balkans whose music, songs and dances are loudly sounding the town square.

As people from the Balkans, you will hardly remain indifferent to Bansko Balkan Fest, which collects popular Balkan artists on one scene. The most loved performers from Bulgaria, Serbia and Greece take part in the most famous Balkan music and unequalled rhythms. 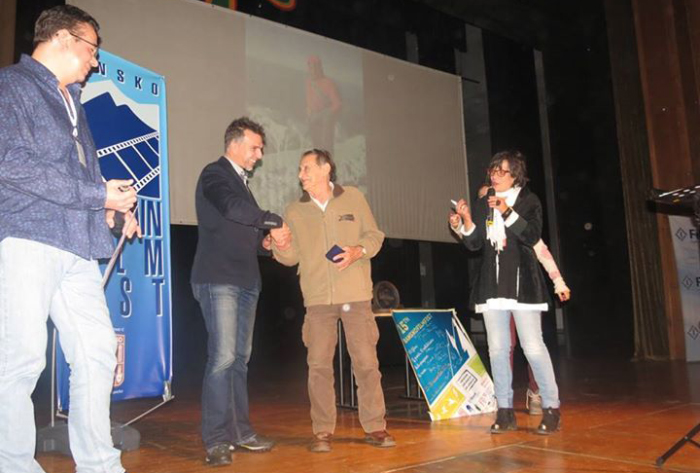 Another attraction in Bansko which gathers many film art fans of. The film festival, which takes place in the town, is slightly different from any other film festivals. Why?

Because only during Bansko Film Fest one can see documentary films revealing the beauty of the mountain, films about extreme sports, for great names in ski sports. Every year the festival organizers invite legendary athletes, with whom the visitors of the festival can meet live.

The festival has been held since 2008, and since 2010 it has an international status. The event is among the most important cultural events not only for Bansko, but also for the country and each year participants increase.

The interest in the art festival is truly enormous, and children, young people, adults from all over the world are coming to showcase their art talents. The competition’s program includes various arts – classical ballet, fine and theatrical art, various dance and music styles.

Opening of the ski season in Bansko – December 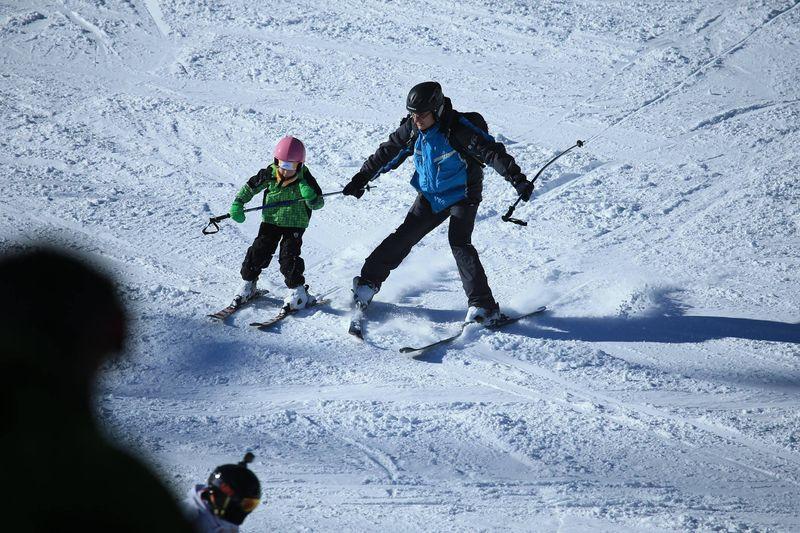 About Bansko with love …

Here, at the foot of Pirin mountain, past, present and future gather in one. Right here in the small resort town everyone can find something for themselves – from mountain walks, viewing the numerous sights in Bansko, tasting traditional cuisine, downhill skiing on the slopes or visiting various festivals that are organized in the town.

Entertainment and attractions in Bansko are of no shortage throughout the year and the town is filled with guests in all seasons. The resort is also one of the most popular places to welcome Easter, St. Valentine, December 8th, Christmas and New Year’s Eve.

And the interest in holidaying at a hotel in Bansko during the holidays is not just a fashion fad. Tourists choose the town because it can offer them great atmosphere, beautiful mountain views, daytime and evening entertainment, sightseeing, attractions and more and more.

Once you come to Bansko, your heart stays forever here and you come back again and again. Because this is the place that can offer everything to its guests.

The Bansko Festivals are many and worth visiting, the food is irresistibly delicious, the nature is wonderful, the sights – a lot, and the hospitality of the Bansko people – twice-told.