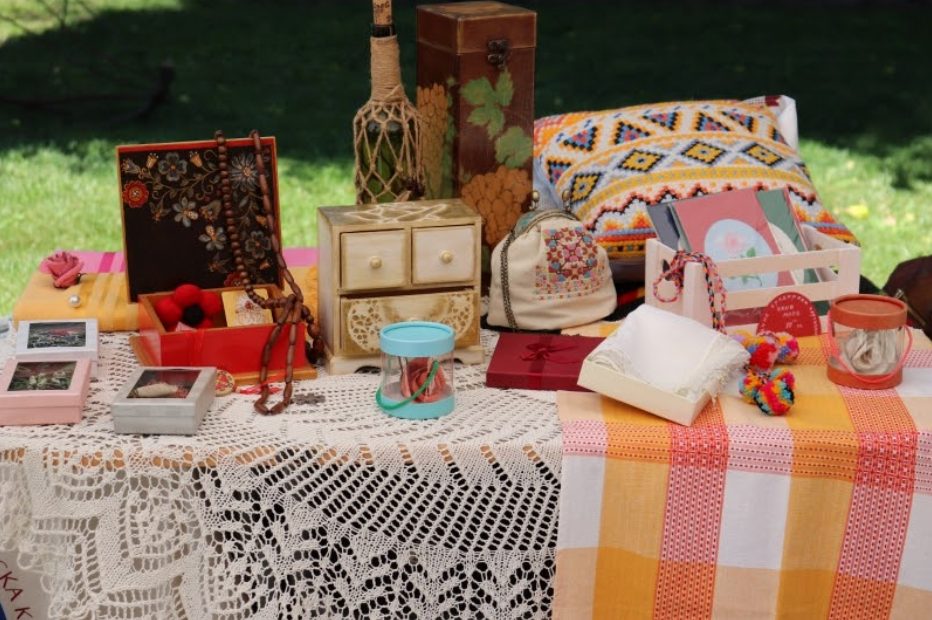 As every summer and summer of 2021 Bansko was full of many cultural events , more successful than each other. But one of them was a little different and attracted a lot of interest from both residents and guests of the city.

For the first time in the resort town was held a craft fair , which has become a real holiday for both participants and its many visitors.

For one week (from 28.06 to 04.07) residents and guests of the resort town had the opportunity to enjoy handmade products by masters from all over Bulgaria. The organizer of the event was the Regional Chamber of Crafts in Bansko with the assistance of the Municipality of Bansko and Chitalishte “Nikola Vaptsarov”.

More than 30 craftsmen took part in the fair, their stands on the central square “Nikola Vaptsarov”, and visitors for a whole week could enjoy the masterful handmade of knitted dolls, jewelry, braids, embroidery, knitting, decorative candles, felt and painted clothes and much more. 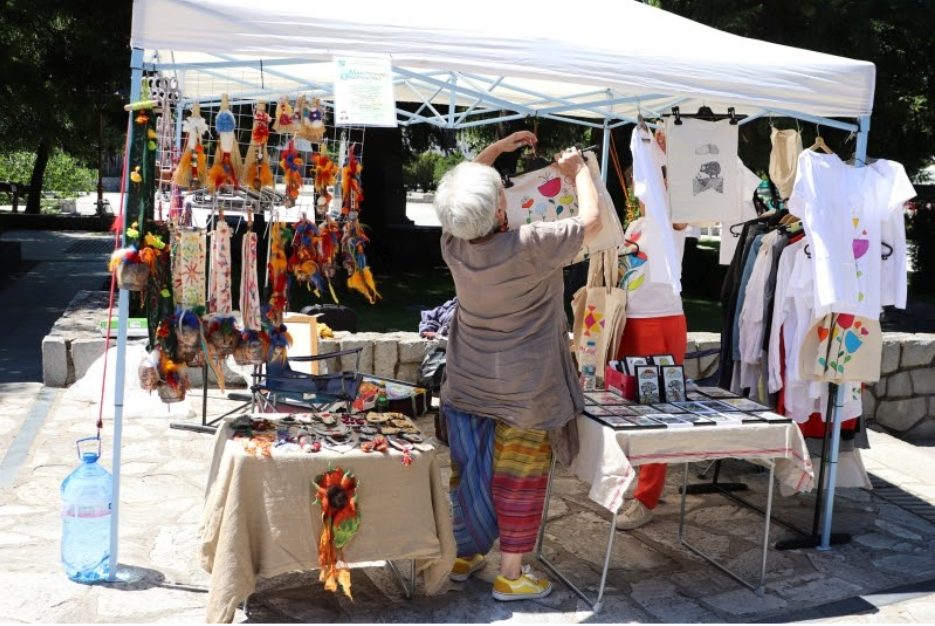 The origin of the idea

Since the end of last year Bansko can finally boast of its Regional Chamber of Crafts. This has been a dream of Banskali for many years, as the town carefully preserves its traditions and strives to promote as many forgotten crafts as possible.

In order to properly celebrate their “birth”, the chamber unanimously decided to embark on organizing the first Crafts Fair in Bansko.

Only a few months after the idea was born the event was prepared and organized to the smallest detail . The date was set, the venue – also, the craftsmen – were invited and everything was ready to start. 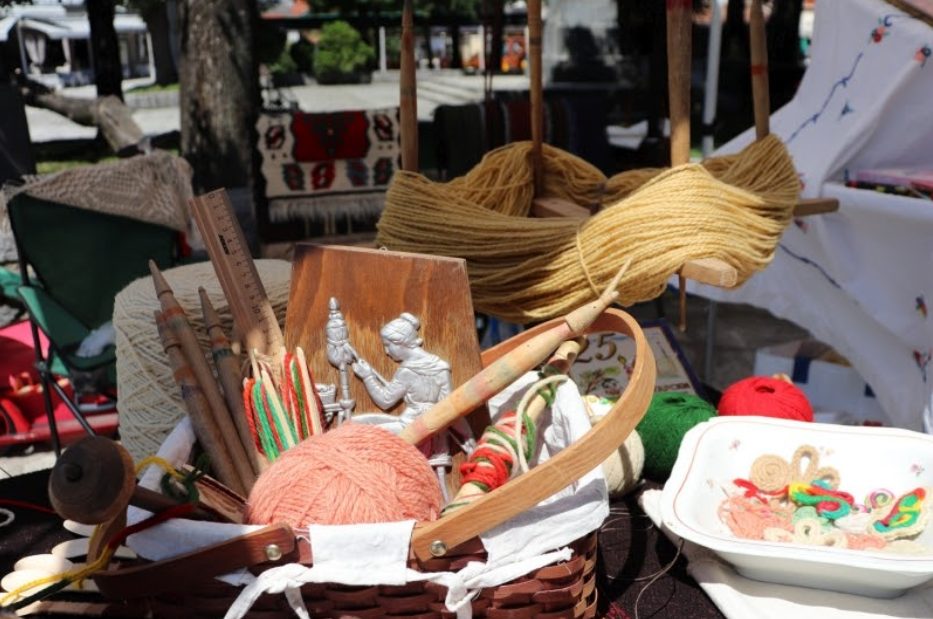 In the first hours of the opening of the craft fair the masters began to set up their stands on the central square” Nikola Vaptsarov “and the most impatient visitors immersed themselves in the extravaganza of colors and aromas.

Masters from Troyan, Burgas, Varna, Blagoevgrad arrived to present their crafts at the fair font and from many other cities in the country. Banskalii did not lag behind either, and many local craftsmen showed how real works of art come out from under their skilled hands.

Standing in front of their stands, the craftsmen had not only exhibited their handmade works , but also demonstrated their crafts, showing to the very impressed visitors the stages that go through the making of a handmade product.

Especially for the youngest organizers had prepared a great surprise. During the craft week the children could work together with the masters and make their own product to take to their homes for memory. 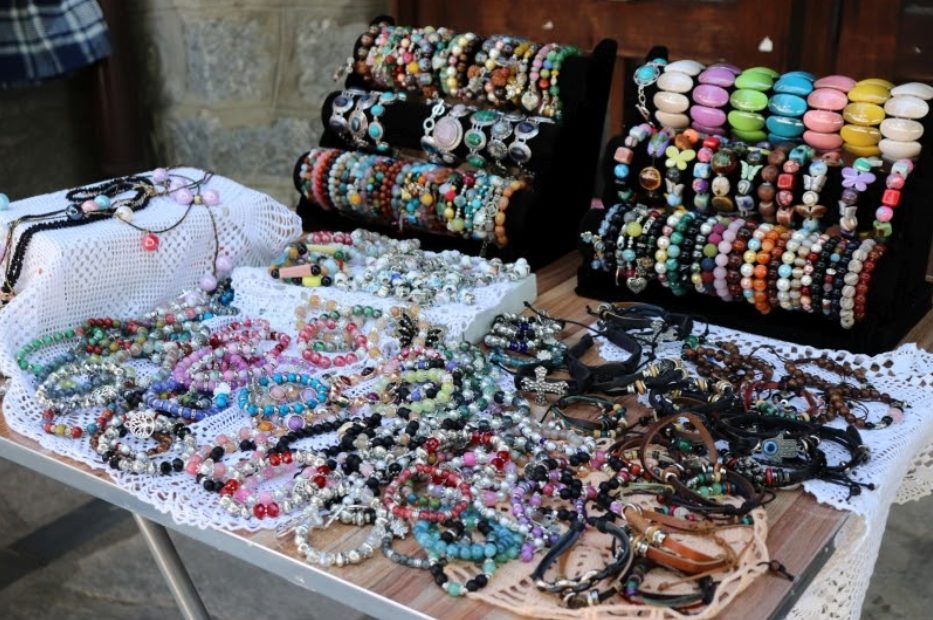 The main goal of the organizers, according to the chairman of the Chamber of Crafts – Lyuben Chilev is as many people as possible to get acquainted with the old and already forgotten technologies of glass making, felted knitwear and clothes, braids.

The great desire of the association is to pass on their knowledge and skills to the younger generation in order to keep the traditions of making handicrafts alive.

After the great success of the first craft fair in Bansko, the organizers hope the event to be held every year. According to the Regional Chamber of Crafts, holding such cultural events is a way to show the difference between mass production and handicrafts and to attract the interest of the young generation to traditional Bulgarian crafts. 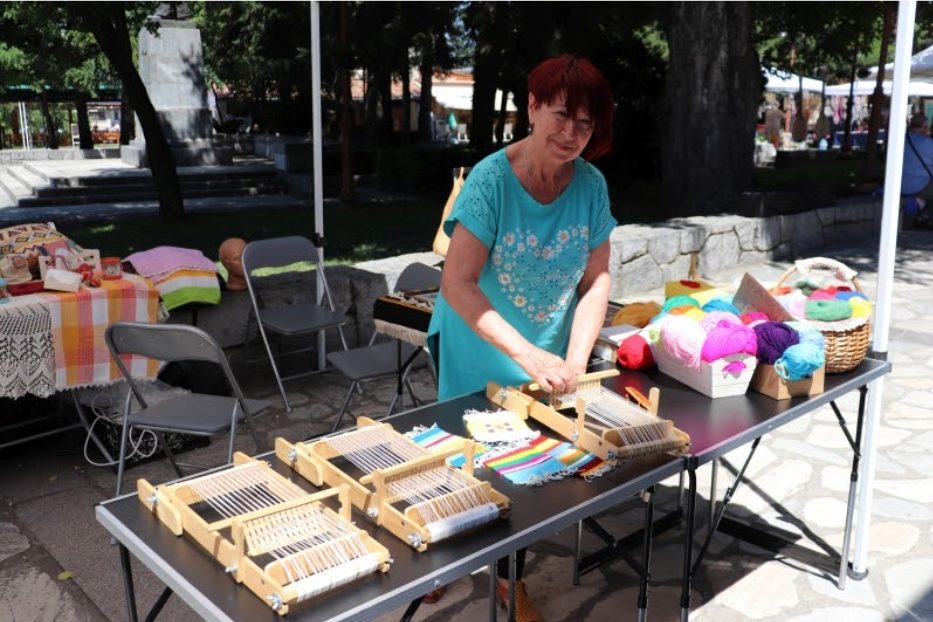 The organizers have an idea not only to hold the fair every year, but also to create different workshops, to restore old and forgotten crafts.

According to the president of the Chamber of Crafts, it is planned to open permanent workshops in the city – studios in which craftsmen can make their products, and tourists and residents of the city can observe the techniques of production

It is planned to have workshops in carpentry, icon painting, felting clothes, jewelry making, weaving, embroidery and much more.

The Municipality of Bansko hopes that the promotion of old techniques and crafts will attract the interest of the younger generation and more and more children will find their own craft to learn.

The hotel industry also supports the idea of ​​ holding an annual craft fair , through which our country can be promoted abroad as a destination with well-developed cultural tourism.

Why did the craftsmen choose June 28 – July 4 to hold the first craft fair in Bansko?

The choice of the period of the fair is not chosen by the organizers by chance. The event starts on June 28, which is just a day before the great Christian holiday St. Peter’s Day, which also celebrates Craftsmen’s Day in Bulgaria.

This is the biggest holiday of all those who keep the traditions and continue to practice crafts passed down from generation to generation over the centuries. 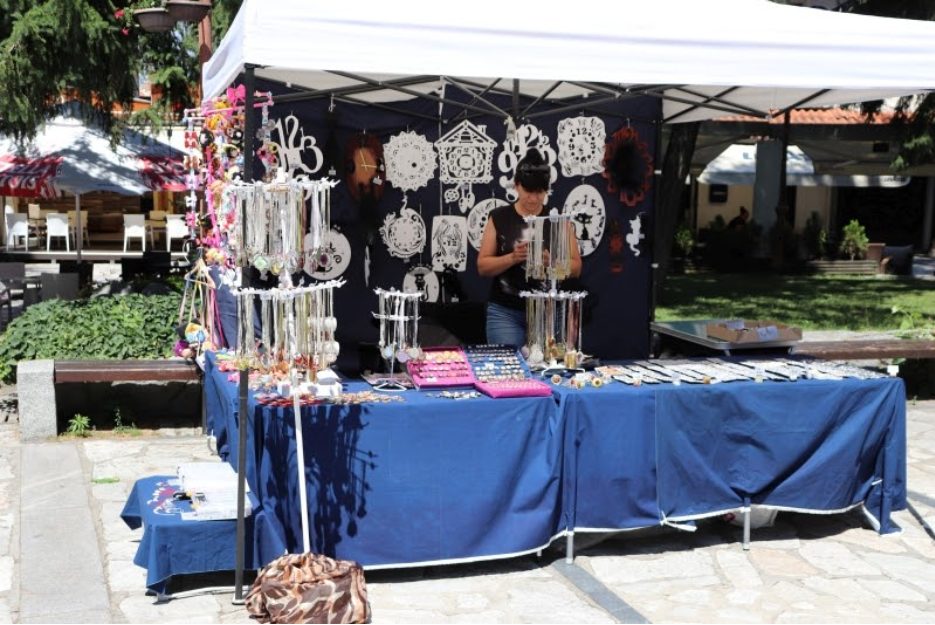 Traditionally the holiday is celebrated all over the country and exactly on On this day, all Chambers of Crafts in the country, which are registered as members of the National Chamber of Crafts, conduct exams among craftsmen to obtain the degrees of master or journeyman.

A journeyman is a person who is trained by a master. His training can last for years until he is fully ready to pass the exam successfully and become a master.

After successfully passing the exam, the masters and journeymen are entered in the Register of Craftsmen in Bulgaria and receive a diploma certifying that the person concerned is a full member of the Crafts Guild and may practice his craft.

Because this is the most important day of the year for people who preserve our cultural heritage, trying to preserve traditional Bulgarian crafts for generations, quite logically by the Regional Chamber of Crafts in Bansko has decided to hold the fair from June 28th to July 4th. 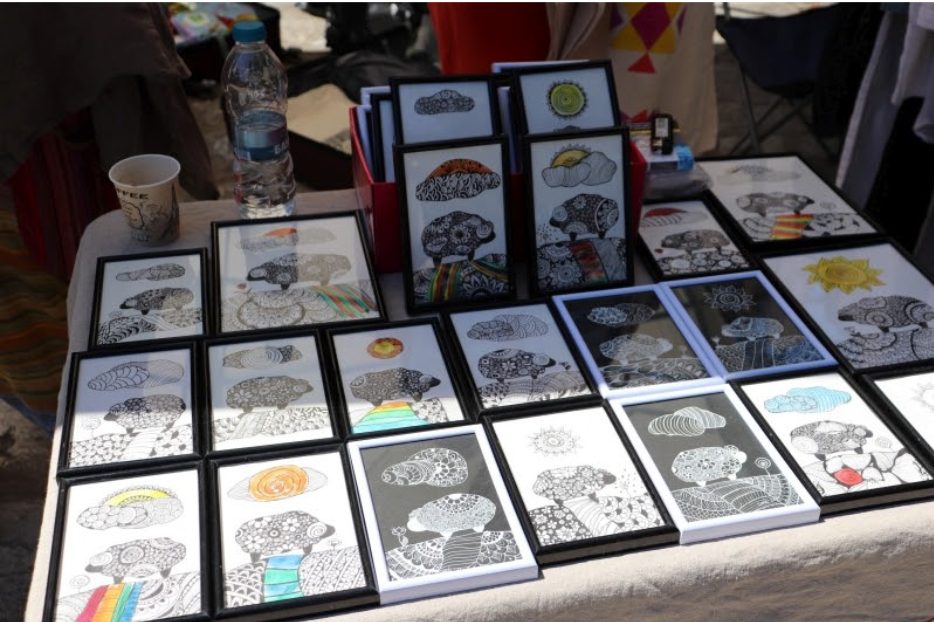 Before we split up

And while you are in Bansko, you can stay in one of the spa hotels in the city and to return home refreshed, full of energy and satisfied with your purchases from the fair of craftsmen in Bansko.