Bansko is one of your favorite cities in the country and you visit it often. You are choosing to vacation in one of hotels in Bansko, because the town can offer you as much fun as you like and enough interesting places to explore. 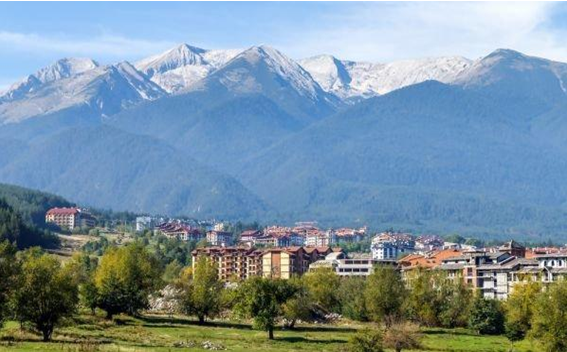 You know a lot about its history, you have seen most of the sights, you have traveled around its surroundings, but you are wondering what you do not know yet about Bansko.

Curious and interesting facts you may not know about Bansko

The legend of the name of Bansko

At the time of the invasion of the Ottoman hordes in our country, near Bansko (which at that time consisted of remote neighborhoods) there was a fortress (it still exists today), which was called Sitan Kale. The fort was ruled by a ban (king, lord, noble man) called Banko. When the Turks began to come dangerously close, Ban Banco gathered the population from the neighborhoods and closed the fort. The Turks surrounded Sitan Calais, but the people inside had prepared themselves and had enough food and water. Unfortunately, during the siege, the Ottomans discovered a water pipeline that supplied water to the fort and broke it.

When the situation of the population became intolerable, Ban Banco remained defending to the end of the fortress, and his daughter –Todorka, rode her horse and led a fierce battle with the Turkish troops with a handful of loyal fighters. The girl knew that the battle was unequal and in order to distance the Turks from the fortress and protect the defenseless population who had fled to the nearby peak where she had died.

In order to honor the brave lord of Setan Calais, the Banskalians called their town Bansko, and in order to never forget the exploits of his daughter, they named the summit on which Todorka died.

The (un) known history of Bansko

It is a little known fact that Bansko is one of the few cities in the country that during the Ottoman rule had the status of an almost autonomous city. Because of its strategic importance to the Turks, the Banskali were fortunate enough to enjoy relative freedom.

As an autonomous city, Bansko obeyed the laws of the Ottoman Empire, but collected and paid its own taxes. It never had a Turkish government, no even a konak, no army, and the Turks were forbidden to go dark in the city.

The secret of Bansko cuisine

We are sure that you have all tasted the delicious appetizers and dishes prepared only in Bansko. You have tried a Bansko old man, a chomelk, a cat meze, a kapama, a bean soup with pork ears and many other Bansko specialties. The dishes prepared in the town are really tasty, but do you know why?

The secret to delicious dishes lies in the use of fresh home-made products, many spices, summer pickings in the mountains and cooking technology.

The characteristic of Bansko cuisine is that the dishes are cooked for a long time (from 4 – 5 to 10 – 12 hours). Cooking very low heat has been passed down from generation to generation since the days when men worked in the field and women had to do all the housework. To have hot food on the table, when the men returned late in the evening from the fields, the women got up at dawn, put the feast in the oven, covered it with embers, and set about doing their housework.

Another interesting and little known fact is that many traditional recipes find similarities to Italian, Hungarian and Austrian cuisines. According to experts, these similarities are due to the fact that during the Renaissance Bansko was a very rich city, inhabited by many merchants who traveled around Europe. There they tried different dishes that brought and adapted to the Bulgarian taste. 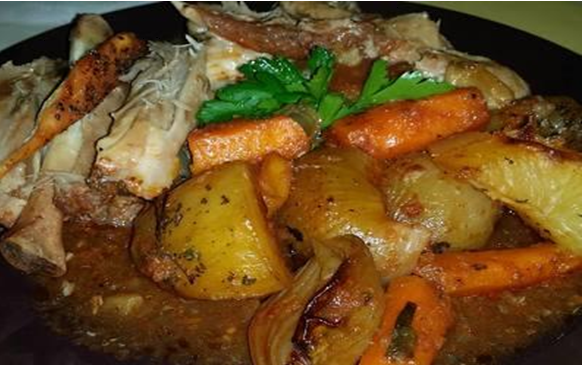 The fortified Bansko house is a Renaissance architectural style that can only be seen in Bansko and for that it has a very logical reason.

During the Renaissance, the town is in unprecedented boom and its riches attract the interest of many outlaw groups that roam the country. In order to protect their property, the Banskali have created a new architectural style, which today is called the “fortified Bansko house”.

The peculiarity of fortified houses is that they are built almost entirely of stone. On the ground floor there are economic premises and on the second floor there are premises for living. The front part of the upper floor of the houses is surrounded by a huge veranda, where the Banskali have rested and welcomed guests.

Most of the houses from this period are painted both outside and inside, but what distinguishes the Bansko fortified house is the stone core, which is necessarily present in them. This core had one primary function – to serve the protection of the family. Sometimes it could be just a hiding place in the basement of a house, a stone room upstairs or an attic, and sometimes it was a stone tower outside the home.

Did you know that…

Tunnels were dug up under their houses, where they could escape in the event of an attack. The tunnels usually lead to neighboring yards or to a quiet street, from which escape becomes easier and the chances of escape are increased.

Bansko is the cradle of the famous Bansko Art School

The Bansko Zoological School is one of the most striking cultural manifestations of the Renaissance period. The style of drawing they have introduced from this school is influenced by European art styles and is very different from the traditional Bulgarian and Greek ways of painting.

The credit for the appearance of the Bansko School of Art goes to Toma Vishanov – Molera. He started a zoological school after returning from a wandering place where he studied Western drawing styles.

Within a short time, a circle of students was formed around Molera, who were trained under his expert guidance. Molera’s students are not many and the legacy they leave behind is not great, but every single mural or icon that came out of their hands is an incredible masterpiece.

Unfortunately, Moller himself, who used European drawing techniques, did not receive much recognition from his contemporaries who did not accept the dogmas imposed in Bulgarian icon painting to be violated.

Although Toma Vishanov is not fully understood by his contemporaries, his students are well received, and the Bansko Art School established by him is the only one that persists until the end of the Balkan War.

Bansko personalities not known much about

The Banskali, which have made a lasting impression in Bulgarian history, are extremely numerous. We all know that Nikola Vaptsarov, Paisii Hilendarski, Neofit Rilski were born here, but there are many others besides these prominent Banskali who are somehow forgotten in time.

Born in Bansko around 1770, Grandfather Lazko is not only a wealthy merchant and mayor of the city, but also the man, by virtue of which the Holy Trinity Church was built. In order to build the church, Lazar Herman sacrificed not only most of his wealth but also his life.

Vezov is a rich merchant with several offices abroad. In 1792 he published a book and a literary book so that children from Bulgarian and Slovenian could study reading and writing. The student books that Vezioff publishes are the first textbooks in which church texts are explained in modern vocabulary.

Archimandrite Theodosius was born in Bansko in 1726. In 1798 he became Abbot at the Rila Monastery, where he worked to preserve Bulgarian literature and spirituality until his death.