Israel has emerged as a very promising market for Bansko.

Lucky Bansko Aparthotel SPA & Relax participated for the first time in the tourism fair in Tel Aviv with Representatives of the Bulgarian Ministry of Tourism, Municipality Bansko and other hotels from Bansko.

Our presence on the fair was not accidental. In the recent years Bansko has became very popular name in Israel for quality and cheap winter holidays.

Lucky Bansko present a product at a European level. The given offers were for both winter and summer tourism, which was non the less interesting for the Israeli tourists. We presented the exclusive treatment programs and detoxification in the Ayurveda Clinic Lucky Bansko, LuckyFit programme – for weight loss program and beautification, the children’s English language camp – LuckyKids, and our new treatment programs.

The tour operators had showed an interest in the proposals, and contacts were continued after the fair.

We expect the results this year! 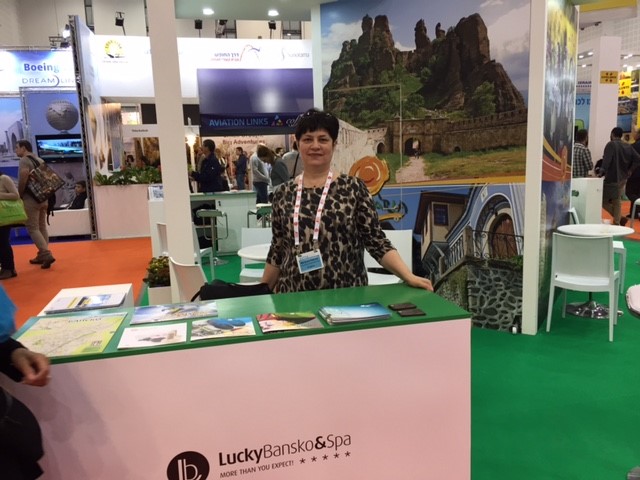