The annual party of one of the biggest international tour operators – Expedia, took place on 30.11.2017, in Sofia.

The most successful Bulgarian hotel managers which are partners of the world-established tour operator, were invited to the ceremony.

Each guest received a diploma of the represented by him hotel with the score they received on the website of Expedia, for 2017.

Lucky Bansko SPA & Relax Aparthotel is deservedly proud with its score – 4.7 out of 5.

This score is achieved only from 2 other hotels in Bansko.

Mrs. Vanya Dimitrova, Account Manager for Bulgaria in Expedia, delighted us with the news that Expedia intends to invest a lot of efforts and resources in advertising Bansko as one of the leading ski resorts in the Balkans. 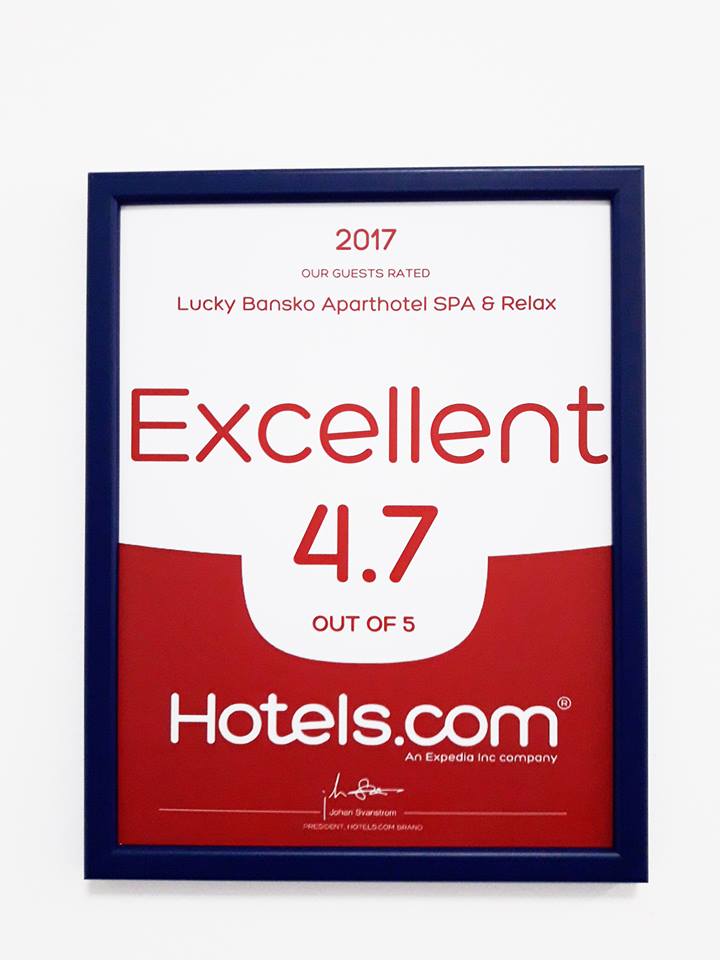