Before talking about tourism in Bansko

Business tourism in Bansko was not a thing until the 1980s, despite the ideal natural conditions in the city for many years before. 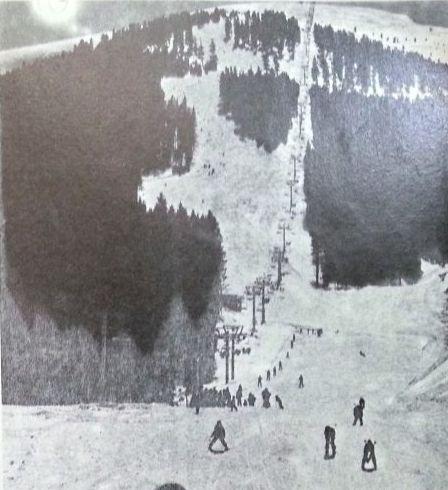 Even older is the idea of ​​developing Bansko ski sports. However, it is somewhat inherently related not so much to the tourism activities in Bansko as to the development of the sports. The fact that the two are connected crystallizes in later decisions of the party and state leadership for the development of mass tourism in the city.

In 1966 a survey was made and it was decided to build the first ski slope in Bansko. It is 3500 meters long and is called “Todorka – Iskrishte”. It is planned to be used from December to May. It starts at the foot of Todorka Peak and it reaches Shiligarnika.

Todorka peak is very suitable for downhill sloping – it is 2746 meters high and is 11th in height at Pirin mountain, with its slopes being very steep. Later, with the development of skiing and winter tourism in Bansko, there are several other ski runs here.

The crumbling – quite modest – of today’s ski-complex for winter tourism is formed for quite a long time. In 1972, it was decided to make a runway deviation of 500 meters and to form a giant slalom route.

The next year comes the idea of ​​building a school base for skiing and alpine training and qualifications.

The permit was granted five years later – in 1978. The “Vihren” base and a rope line of 2 decares will be built in the place of “Upleto”. In 1979, it was allowed to build a road to the base.

The Beginning of Business Tourism

In 1980 he started working on a program of the OK of the Bulgarian Communist Party in Blagoevgrad for intensive development of the sport in the county during the years 1981-1985. For Bansko it is planned to make a Ski House with 120 beds, as well as a chair lift, to design three more ski slopes and lifts. 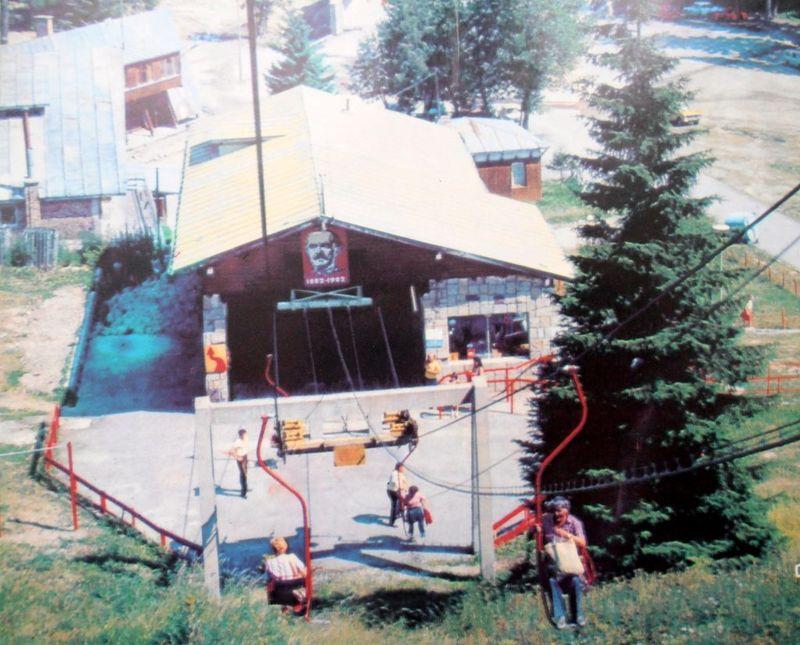 This opens the doors to the development of tourism, but they were still thinking about the sports, not for the tourism as a business opportunity even for the state.

For economic tourism in Bansko was first negotiated at higher level in 1982. Then the administration decides to develop the tourism and the city to become a tourist center, attractive for holidays and winter sports.

Back in ’82 in Blagoevgrad, in September and October, two meetings were held with the state party and leadership of the district. The first meeting was attended by Andrey Lukanov, and the second by Pencho Kubadinsky.

Specific tasks are identified to begin to develop the tourist business in Bansko:

All this is very important for winter tourism.

It starts a purposeful job to develop tourism in Bansko. It is allowed to make a lift and slopes in Chalin Valog, and a path to them. In ’83 there is a cableway with seats between Bunderishka Polyana and Chernomogilski Chal.

In the middle of 1985, the construction of 5 tracks, 3 tow lifts and 2 rope seat lines began. Prefabricated houses are built according to the needs of the winter tourism in Bansko. 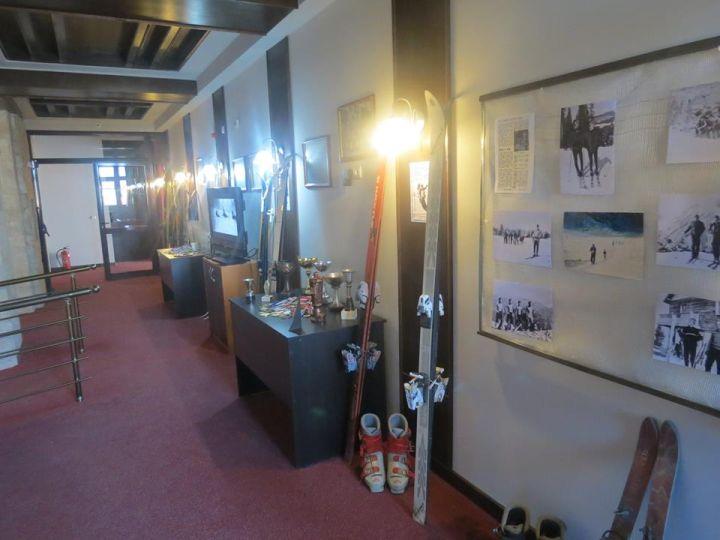 Everyone worked hard until the last moment, more than 2,000 people were mobilized – both civilian and military, but eventually the “Balkaniada” passes successfully and collects 10,000 people. The connection between the winter sports and the opportunities for tourism in Bansko becomes obvious.

After the Balkaniada, for three consecutive winters, the Euro Cup for men and women is held here, and Bansko successfully competes with the previously established ski centers – Pamporovo, Vitosha and Borovets. To reach the leading spot today – over the course of one winter season more than 500 000 tourists come to ski in Bansko.

The ski complex in Bansko has 230 artificial snowmaking machines. They are located on all routes. Combined with atmospheric conditions, this allows winter tourism in Bansko from mid-December to mid-or even by the end of April. 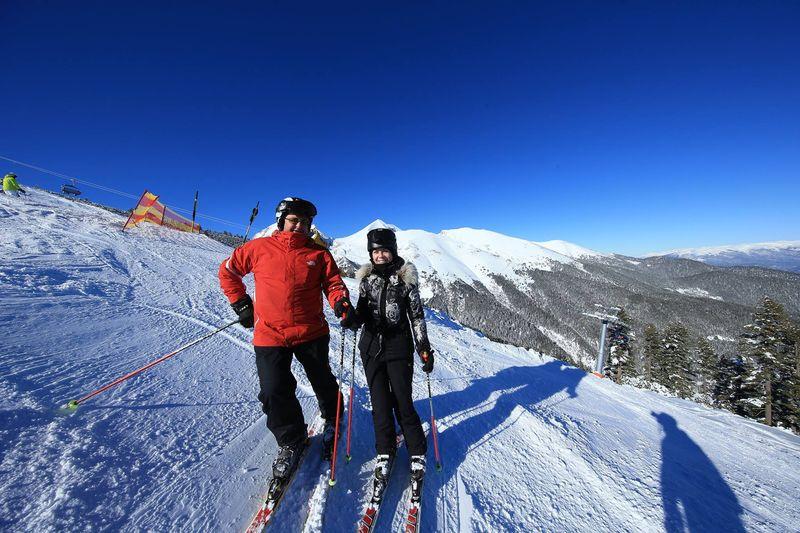 The city is connected to the high parts through a 16-kilometer-long road that is illuminated and comfortable. Bansko ski lifts and slopes are maintained in excellent condition, high-speed and secured according to all international requirements. Lifts and lifts work from 8.30 am to 16.30 in the afternoon. Skiing and snowboarding is best in the morning, but there is also the possibility of riding at night. The resort also has free style for snowboarding and skiing.

The lifts and lifts are varied, with a total length of 26 kilometers. There is a cabin, the seats in the cabin are 8, there are seats – with two, 3, 4 and 6 seats. Besides the convenience for tourists, they offer incredible views from the mountain scenery and historic sights along Bansko. It is not a coincidence that the lifts also work during the summer. The lifts are single and double, and there are two-seaters for children.

Lifts are new, made or refurbished in recent years. For example, the 6-seat “Todorka” is from the winter of 2015. Its design movement is 6 meters per second, it can carry up to 2000 people per hour. It replaced the lift opened in February 1986 for the Balkaniada.

Thus, Bansko is now a leading tourist destination in winter, not only in Bulgaria but also on the Balkan Peninsula.

After the political changes in Bulgaria in 1989, the private initiative quickly began to develop tourism in Bansko. The first hotels were built in the 90s of the last century. Taverns, wineries, shops have opened doors.

The conditions for winter tourism are used, but the trend is for the development of year-round tourism. Summer excursions to natural and cultural phenomena in the area, mass and extreme sports, culinary and wine tourism, etc. are being offered in the summer. 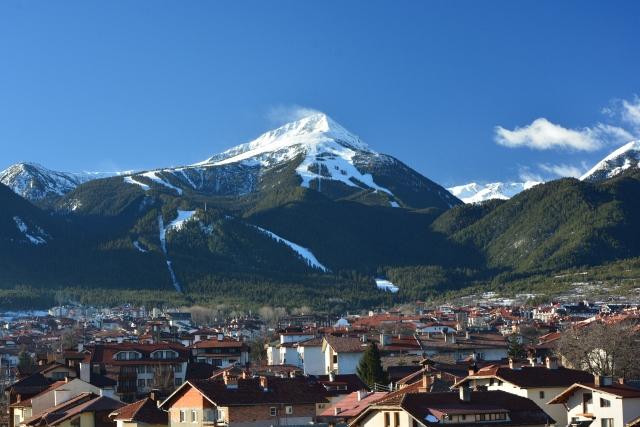 The aim is to attract all categories of tourists with different tastes and opportunities through different types of tourism in Bansko. Accommodation conditions are becoming more and more diverse – hotels in Bansko with two stars, 3.4, as well as hotels with 5-star luxury, and guest houses are also being developed.

Once they have emerged, hotels follow the modern trends in the industry and are constantly being upgraded. An example is the five-star Lucky Bansko SPA & Relax Aparthotel.

Built in 2007, Aparthotel Lucky Bansko SPA & Relax does not stop to innovate to follow the world trends in the hotel industry. In 2014, it has been upgraded, and since December 2016 has opened a new SPA centre with unique therapies and procedures that can be found in only 10 locations around the world. In 2017 the lobby bar was upgraded and a project for renovating the children’s playground in the hotel was opened, and along the two already existing restaurants in the hotel, they plan to open another – a swiss restaurant.

Bansko Municipality plays an active role in the development of tourism in Bansko. There are many national and international festivals, competitions, concerts, ballet, opera, theater and many more.

In addition, Bansko municipality is among the ten who have attracted the most funds from EU funds per capita. This money went to development, which facilitates the progress of the diverse tourism in the city.

Planning for tourism in Bansko

The upturn in the tourism sector in Bansko and its essential significance for the region impose also planning. Tourism should be included in a common strategy for the development of the region that is sustainable, planned for years to come. 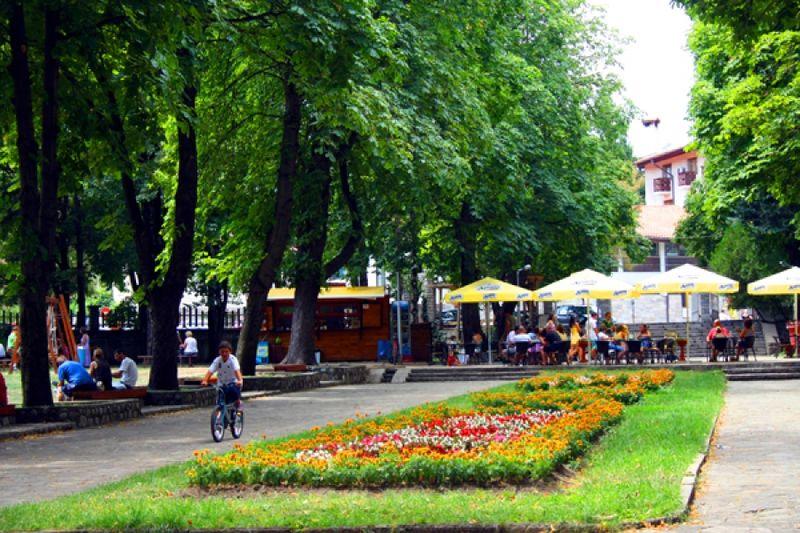 Bansko has 5 zones. The first area is the old quarter, which is a kind of architectural masterpiece from the Renaissance and attracts many tourists. The second zone is transitory, followed by the hotel. The fourth and fifth parts are villas and agricultural lands.

Different requirements apply to each of these areas. The hotels in Ponchia Mogila are required to be up to 10 meters high and the minimum occupied area is one hectare. Permitted construction is for apartment buildings, including five-star hotels and sports areas. Around the hotels there should be enough free space – the density of building up to 30%. Architecture is given the freedom of private initiative, as the owners use the services of leading architects and designers. Thus, the local Revival architecture in the old city coexists with both classical forms and attractive building decisions.

Of course, the municipal development strategy includes the construction and maintenance of the infrastructure to the hotels.

The developed tourism in Bansko – 60% of the economy

The global economic crisis – of course, affected the development of tourism in Bansko, but it has long been overcome. Revenue in the tourism sector in the city is already well ahead of the pre-crisis of 2008/2009. This is an analysis of the Institute for Market Economics. 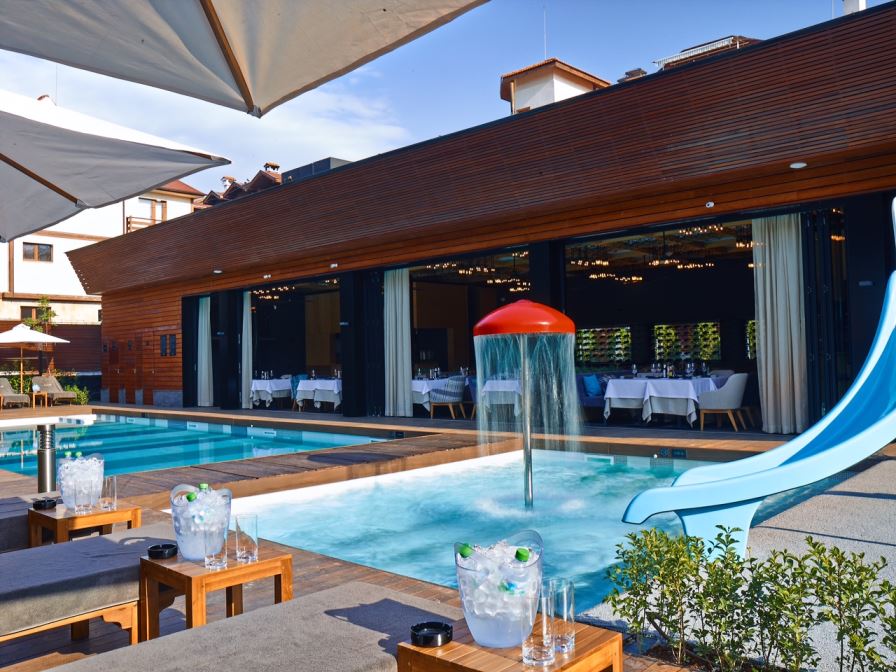 In 2008-2009 tourist beds are about 7,000, now nearly 20,000. This is a natural reaction of the local business to the increased flow of tourists. Revenues from spent nights in Bansko from 2008 to the present day have grown considerably – from about 16 million BGN to 30 million.

The development of tourism in Bansko becomes a major economic activity in the region. Tourism accounts for more than 60% of the Bansko Municipality’s economy and unemployment is far below the average for the country. There are also activities related to tourism – agriculture and small processing enterprises in the food sector.