The town of Bansko is the optimal tourist center. Although not large in size and population, the resort is located in the most picturesque part of the Pirin massif and very close to the highest mountain in our country, Rila, and also to the Rhodopes. With this, it attracts tens of thousands of tourists from all over the world yearly.

It is great that in this town with such a rich history and wonderful natural resources we can find all the convenients and conditions for absolute relaxation that we long for. Plan your vacation strategically, positioning yourself in the heart of this oasis of natural, cultural and historical landmarks.

Even better news for travelers is that going around the tourist landmarks located near Bansko, you will be extremely satisfied. Here you will find everything that an avid mountaineer can dream of.

One of the important factors for the growth of tourism is the development of communications. Fortunately, getting around in Bansko is extremely easy. The infrastructure here is sufficiently developed and allows us to move freely with our personal vehicles. If we do not have them, cars and bicycles are rented at affordable prices.

At the same time, regular bus lines depart at short intervals from the center of Bansko and go to all key destinations around. With their help you can easily and quickly reach some of the most picturesque places in and around the town. That is why Bansko is visited not only during the ski season, but is also famous as the capital of Pirin hiking. A dozen of the routes in the Pirin National Park start here.

You can choose from many hiking trails and eco-trails to walk. You can also take advantage of the gondola lift as well as several chair lifts. For people with reduced mobility, a branch of an eco-trail has also been considered.

It leads to the area called Dragostinov Chark and is located next to the asphalt road 4 km from Bansko. The destination has been carefully designed and is equipped with everything you need, accessible toilet, parking, recreation areas and more.

This region is endowed with rich nature that delights the senses and the heart. 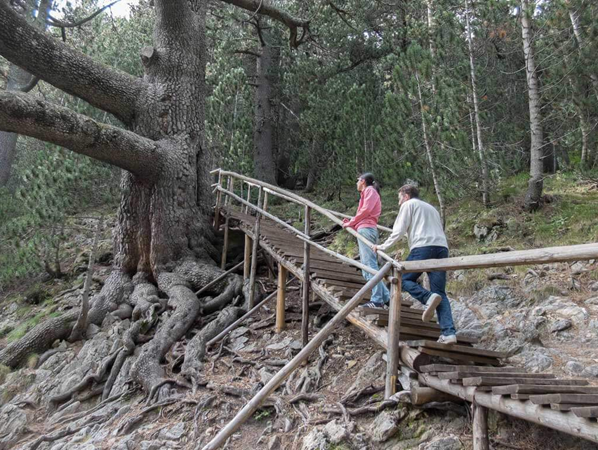 The administrative department of the Pirin National Park is located in Bansko. It is divided into 6 subregions:

You can choose the eco-trail you want, entering these areas, and you will certainly not go wrong.

Highly endangered species, such as edelweiss, are still found in these lands. There is an eco-trail, specially dedicated to it, on which you can ride a bike. A total of over 120 animals and plants mentioned in the Protected Book of our country can be seen in the vicinity of the resort, and only the species of birds that are represented in the region are over 160.

Among them are Balkan lark, white-backed woodpecker, tit, and many more. etc. A number of species of eagles, falcons and others are in need of special protection. Among the mammals here are wolves, bears, wild cats and goats, deer and others.

The Baikusheva mura (Baikushev’s Pine) is also located in the region of Bansko. This exceptional plant is over 1300 years old and is the oldest coniferous tree in our country. It is named after its discoverer, the forester Kostadin Baikushev. The pine is located not far from the hut “Banderitsa” and is located on the road from the resort to the hut “Vihren”.

The lakes and springs near Bansko 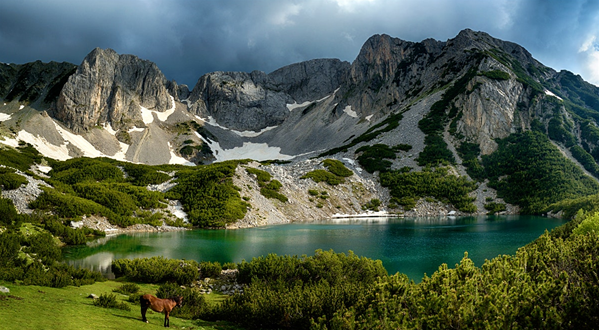 Pirin glacial lakes, for example, are no less beautiful than Rila. One of them is Muratovo Lake, also called Hvoynatoto Lake. It is relatively easily accessible and can be reached without much effort in the summer. To get to it, you can start from the hut “Vihren”, which can be reached by convenient direct transport from Bansko in about 40 minutes.

Lake Muratovo is located about an hour walk from the hut near the eponymous peak Muratov. It is part of a complex of 16 lakes, which belong to the Banderishki circus. These lakes are also called Banderishki or Ovinatite (Hvoynatite). With its 12 decares and 3 m depth and altitude of 2209 m, the lake inspires a sense of grandeur and unity with nature.

Also very beautiful is the Tevnoto (Dark) lake, as well as the Todorin lakes and the lakes of the Gergius circus. There are mineral springs very close to the town. They are near Dobrinishte.

From Bansko you usually go to Vihren hut when tourists want to climb the eponymous peak, which is the second highest both in our country and on the entire Balkan Peninsula.

Less than 30 km from the city is a rock complex, which was named “The Wedding” because of the characteristic arrangement of rocks in it. The figures can be seen on the road from Bansko to the village of Osenovo.

Those who like the more extreme routes can try to pass the Koncheto saddle. It is so steep that it looks like a ridge. To overcome it it is necessary to use special equipment. Another option for a steep, but slightly easier ascent is the peak Teodosievi karauli. 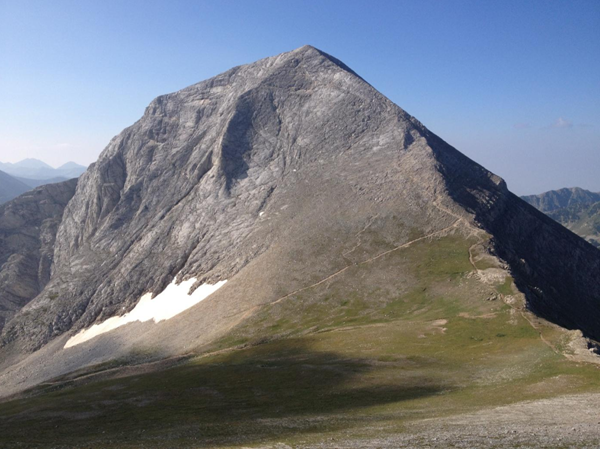 Comparatively more complicated is the climb of Muratov Peak, which is quite steep and its height is 2669 meters. Bring spare clothes, water and some food for these harder routes. For the Muratov Peak, one traditionally starts from the hut “Vihren”.

You can also climb the peak Todorka, which is 2746 m high. This route is extremely beautiful in summer. The easiest way to approach Todorina Peak is to pass the Muratova Premka saddle.

For those who are getting dark on the road around Bansko, there are a number of huts and shelters that can be used as starting points on our chosen tourist routes – only some of them are the huts “Banderitsa” and “Peyo Yavorov”, the shelters “Koncheto”, “Kazana” , Tevno Lake. 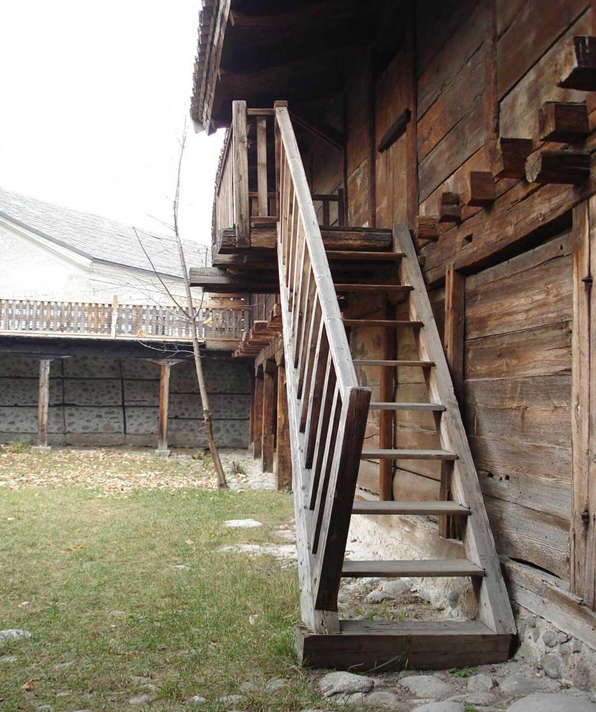 Bansko developed as a cultural, commercial, economic, spiritual and revolutionary center during the Bulgarian Revival. It was formed as a single settlement in the 16th century due to the merger of several neighborhoods. But these places remember human civilization much longer. Lovers of antiquity can go, for example, to the nearby village of Eleshnitsa, where in the local museum you can see finds from the prehistoric Neolithic era.

In the area of St. Nikola on the way to Dobrinishte you can see the Thracian finds bearing the mysterious name Nameless City. Here the excavations have found vessels, figures and treasures from the time of the Thracians. A Thracian cemetery was also discovered in the Lisicha area.

The monastery “St. Panteleimon”is located in the village of Obidim. It has a very long and interesting history, many legends are carried around it. Something remarkable that can be seen with the naked eye is the fact that although the monastery burned in a fire in the 1920s, the faces of the icons in it remained unaffected by the flames.

To the southeast of the resort you can find the late medieval ruins of the temples “St. Elijah”and“St. Georgi”. 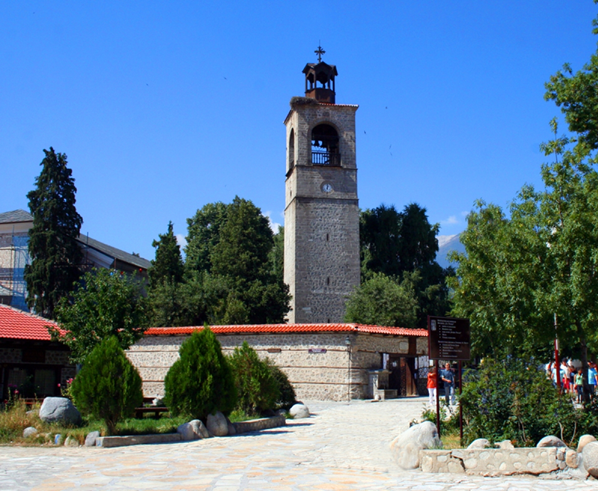 A little further – an hour and a half by car, is the famous Rila Monastery. 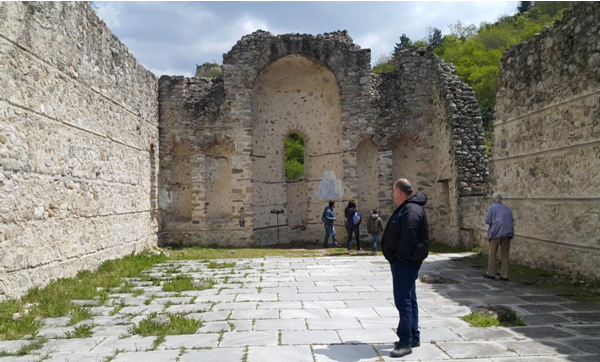 With children in the mountains

If you have taken the children with you, you can take them on a picnic on one of the picturesque meadows. They will also like it if you take them to the Andrianov Chark area, where the unique park of dancing bears is located. It is located in Belitsa, about 12 km from Bansko, already in the southern part of the Rila Massif.

It is manage by a non-governmental organization, and its goal is to readapt bears that have been tamed to dance by the so-called bear-leaderс. You can go there with your own car, rent a car from Bansko or take advantage of the organized transport options with return.

In the forest around Bansko you can play paintball with friends or colleagues. You can organize team building in the form of a competition. In addition, paintball tournaments are held annually in Bansko, in which you and your company can participate and win prizes for your participation.

During the summer season there are also cycling competitions around Bansko, for which you can also sign up. And if you just want to ride in a picturesque area, you can cycle to the nearby Belizmata Reserve.

These are just some of the many possible ideas on how to spend your vacation actively in the mountain resort. We can organize a mountain biking tournament, or sign up for a course if we are not so good at it yet. You can also sign up for horseback riding, rock climbing, paragliding and much more. Rafting is also done along the rivers Mesta and Struma.

Fans of more relaxing and meditative sports can indulge in blissful fishing in the dams “Belizmata” and “Krinets”. In the village of Dobrinishte near Bansko there is a whole fishing complex.

If you are interested in sophisticated and intelligent sports, you can go golfing in Betelovoto.

Every year the Municipality of Bansko organizes various activities in order to attract visitors and develop the small towns around Bansko. You can learn more about the opportunities for recreation and entertainment in Bansko and the surrounding area in the Tourist Center of the Municipality or ask on the spot in your favorite hotel.