The Relaxing zone in the new SPA center of Aparthotel Lucky Bansko SPA & Relax is unique with its bricks of Himalayan slat that are 100% natural product.

Breathing the dry aerosols which are emitted from the Himalayan salt as a result of its heating, has strong antiseptic properties. Breathing the fine salt particles leads to absorption of the liquids /the mucus/ from the nose and the sinuses and their output of the respiratory system.

It is proved that the halotherapy has curative effect for respiratory and skin diseases and positively influences the mental disorders. Furthermore, the salt crystals neutralize the electromagnetic smog that is being accumulated every day by the excessive use of mobile phones and computers.

40-minutes therapy in the salt room is equal to 4-hours walk in a pine forest.
The overall healing effect can be attaint completely for free if you are guest of Aparthotel Lucky Bansko SPA & Relax.

Each guest of the hotel has unlimited access to the hotel’s SPA center and the relax zone of the SPA center is built up of Himalayan salt bricks.

Except the curative effect from breathing the salt particles, as an extra bonus you would receive a reassuring effect of the soft golden-brown light and tender background music that will remove your tension.

Make your informed choice about your holiday and select the place where you would find satisfaction and health! 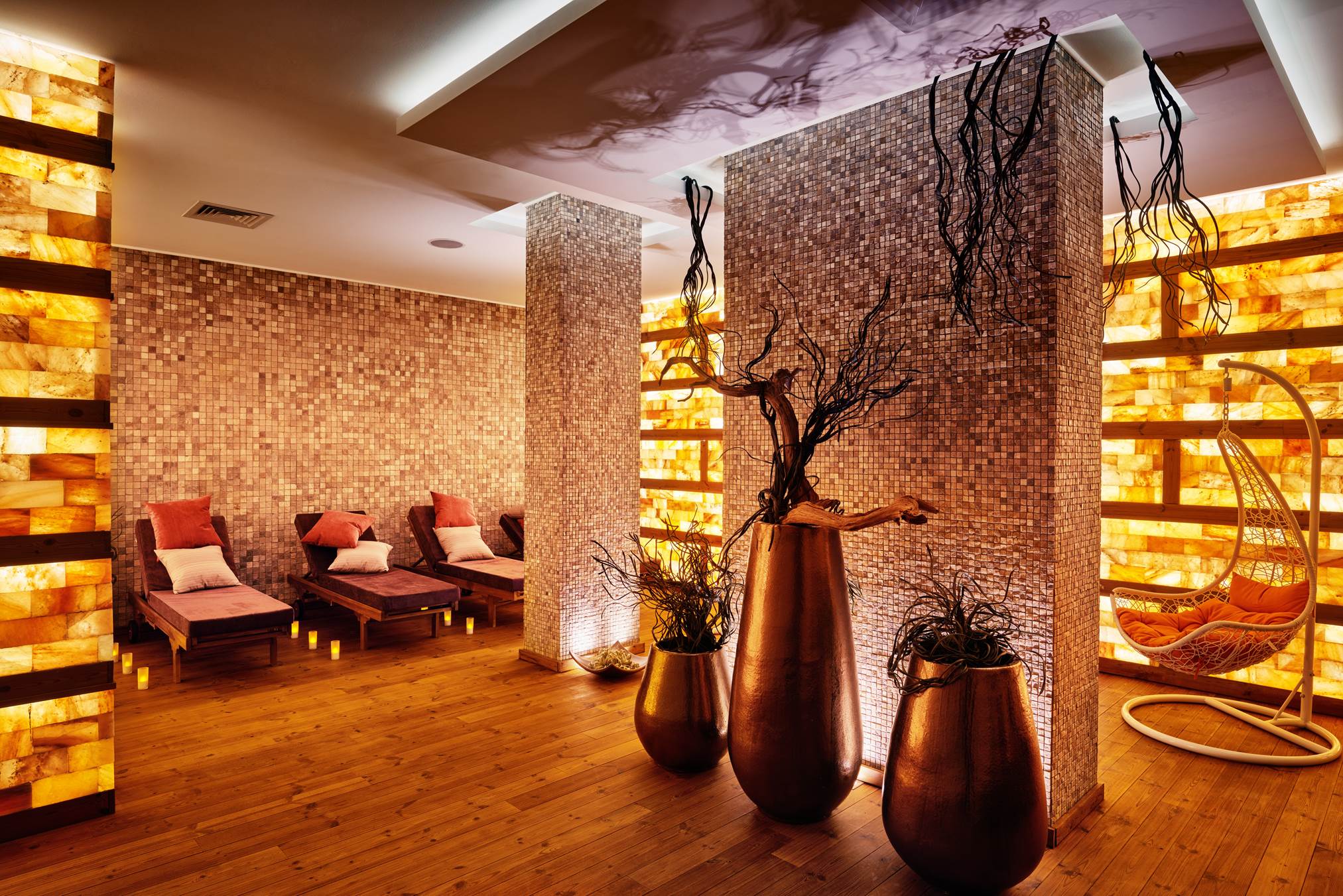